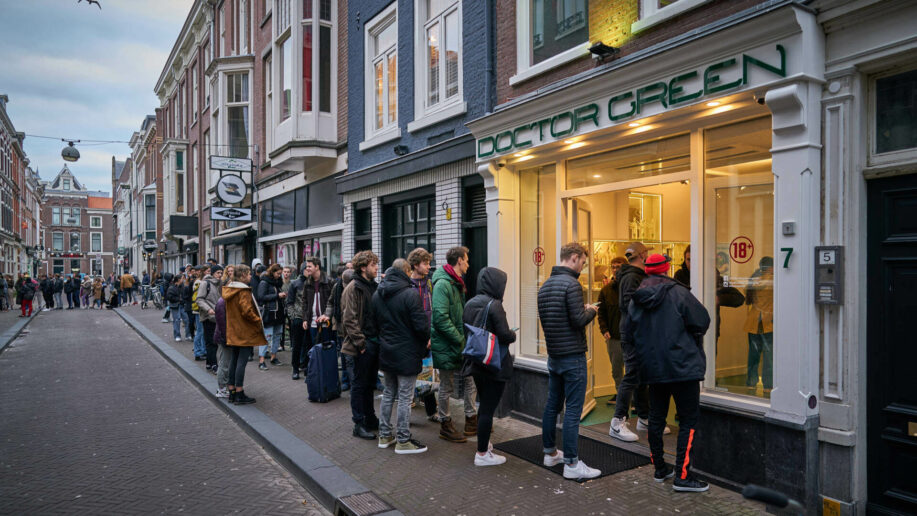 Dutch stoners can let out a big breath of relief and stop rationing their weed.

On Monday evening, the Dutch Cabinet announced coffeeshops would be allowed to reopen, less than 24 hours after ordering all entertainment establishments in the country to shut over fears of spreading the coronavirus.

• The Netherlands Just Shut All Coffeeshops Over Coronavirus Fears
• How to Share a Joint Without Sharing Corona: A Germophobe’s Guide to Getting High
• Stoners Hold the Secret Key to Beating Coronavirus – Stay Home & Get High

In a seeming about-face, the Cabinet announced coffeeshops would be allowed to reopen for cannabis purchases at the counter and in-store pick-ups, as long as customers don’t stay to sit down and have a smoke.

The change of heart of the Dutch government came after mayors across the Netherlands urged the reopening of coffeeshops, fearing that the illegal drug street trade would flourish again.

Many cities in the Netherlands allow the sale of cannabis in licensed coffeeshops to curb the black-market trade.

Wow, everywhere in The Netherlands are big lines at the #coffeeshop to get the latest marijuana. Due to the lockdown all coffeeshops need to close in a few minutes. #COVID19NL #Coronavirusnl pic.twitter.com/u60P0k9l06

Dozens of photos of massive lines of people hoping to stock up on cannabis before the ban came into effect made the rounds, and thousands were turned away empty-handed.

At least one coffeeshop had to suffer the consequences of the rushed announcement.

According to De Telegraaf, Koffieshop Relax in Leeuwarden in the north of the country was broken into overnight.

The desperate stoners didn’t seem to have a lot of criminal energy, however, and only stole a few pre-rolled joints.