Stoner movies is unquestionably a subgenre of film that rarely gets the attention it deserves.  Film critics might put their nose up at it, but the category is near and dear to the hearts of many stoners around the world. As soon as you say the words, marijuana enthusiasts know exactly what kind of movie you are talking about: college cult favorites, usually with a dash of witty social commentary.

What separates cannabis comedies from the rest of the genre, is their typically brash sense of humor. While most can be enjoyed sober, they are also always best appreciated high. Not to mention the fact, that they also make an excellent repeat showing, time and time again. Have you seen all the 25 classic stoner movies on our list, and if so… how many times have you seen them?

If you’ve already exhausted this list of the best stoner movies, and want to watch something different, we’ve got you covered. 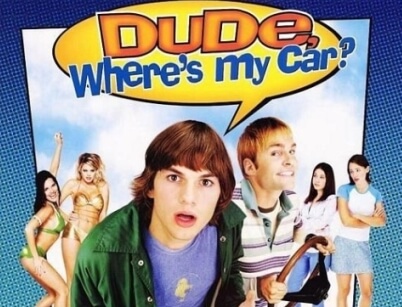 You could argue that Dude, Where’s My Car is Ashton Kutcher’s best movie to date. You could also argue that watching two fellow stoners lose their car after a night of hard partying is a great way to spend a lazy afternoon. Just don’t ask for the critic’s opinion, “The movie isn’t funny, the plot is too thin, and the production values feel more like a TV sitcom than a movie.” But we love Ashton Kutcher for his sitcom roles, so that’s precisely the reason we love this stoner movie.

Jay and Silent Bob Strike Back 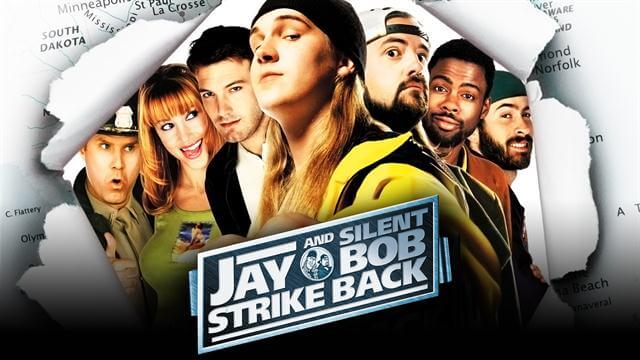 We aren’t sure who decided to give Jay and Silent Bob their own  stoner movie (let alone twice), but clearly they were too high. This movie is best served with a side of cannabis, because it’s definitely much more fun when stoned. Even if we can barely follow the illogical plot, the witty banter is more than enough to convince us to watch it the entire way through. 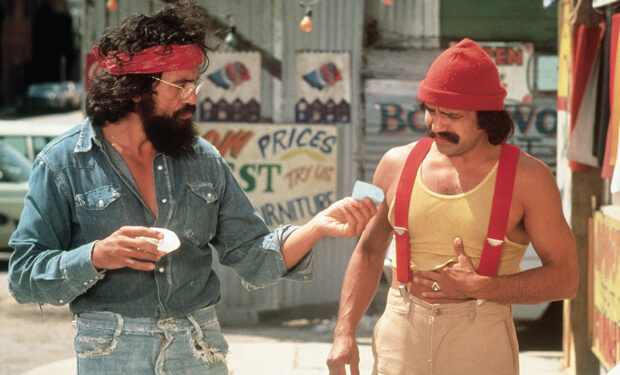 If you are going to call yourself a stoner movie connoisseur and you’ve never once seen a Cheech and Chong movie, you need to get an education. First things first, Cheech and Chong started the entire cannabis comedy genre. Without these films, newer stoner flicks, like Dude, Where’s My Car would never have seen the light of day. 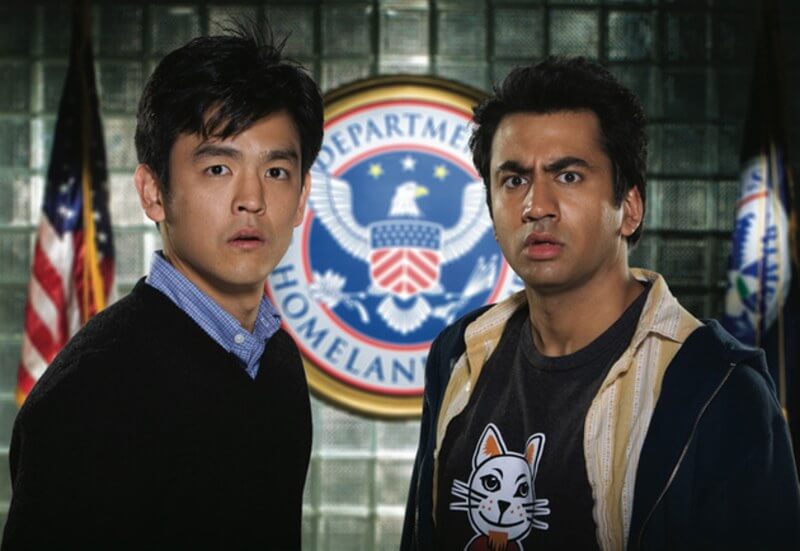 Just like Jay and Silent Bob, Harold and Kumar are by now well established in the weed world. Harold and Kumar represent the first installment of a very long film career, including their trip to White Castle, their escape from Guantanamo Bay, and a Christmas celebration. It’s highly recommended to start with the very first movie, before diving into a full marathon of Harold and Kumar fan-favorites. 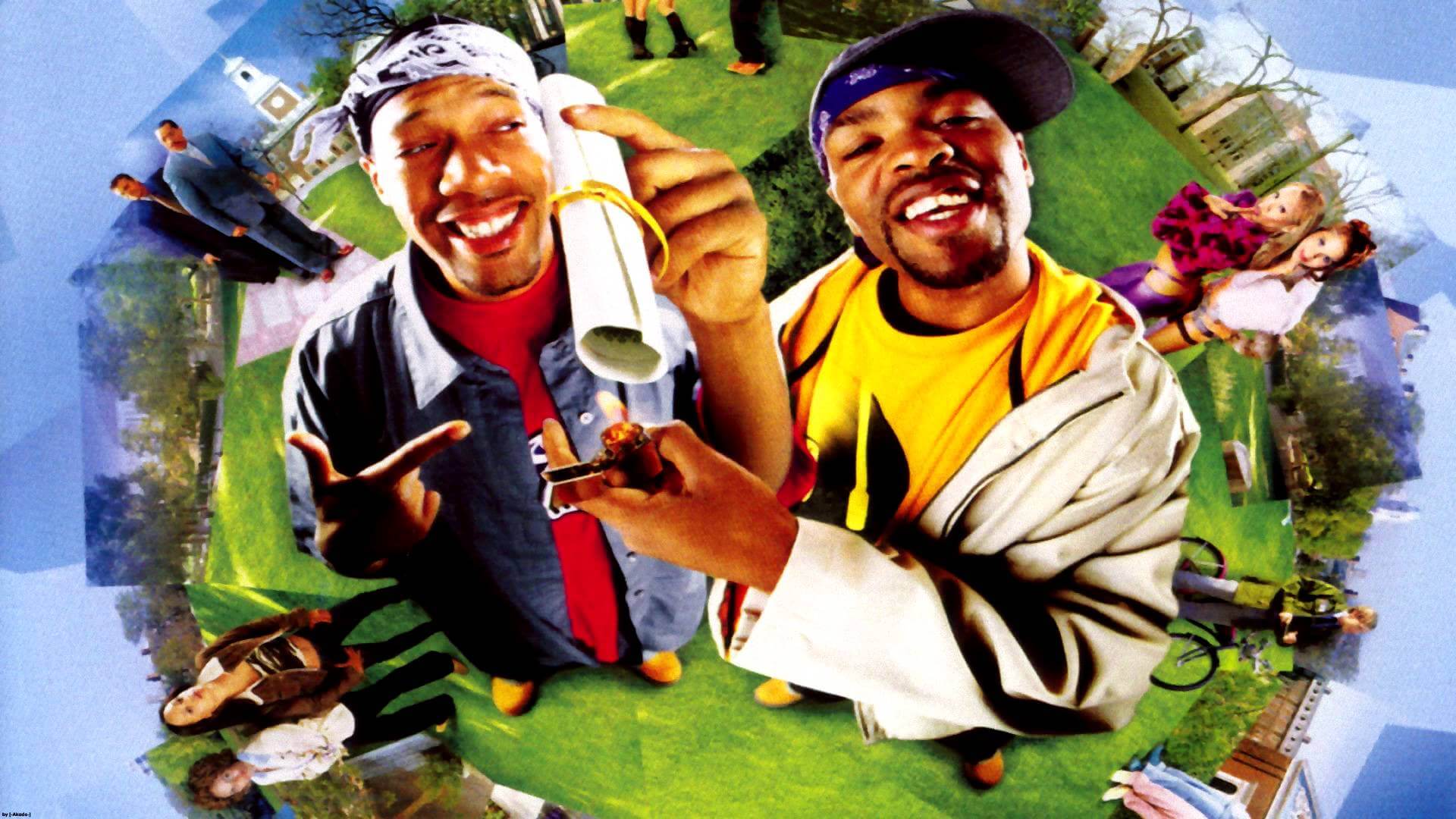 Sometimes movies gain entry into the cannabis hall of fame not because they are funny, but because they aren’t funny at all. Method Man and Redman play to this point in How High. It’s so bad, it’s good and has become one of the most known stoner movies of all time.

Stoner of the Year, Doug Benson decided to take on a challenge inspired by the documentary Supersize me. After a month of sobriety, Doug takes on a month of pot smoking to see what happens. Presented with his unique and hilarious perspective, Doug proves what we all knew already. There is nothing wrong with smoking weed on a daily basis. 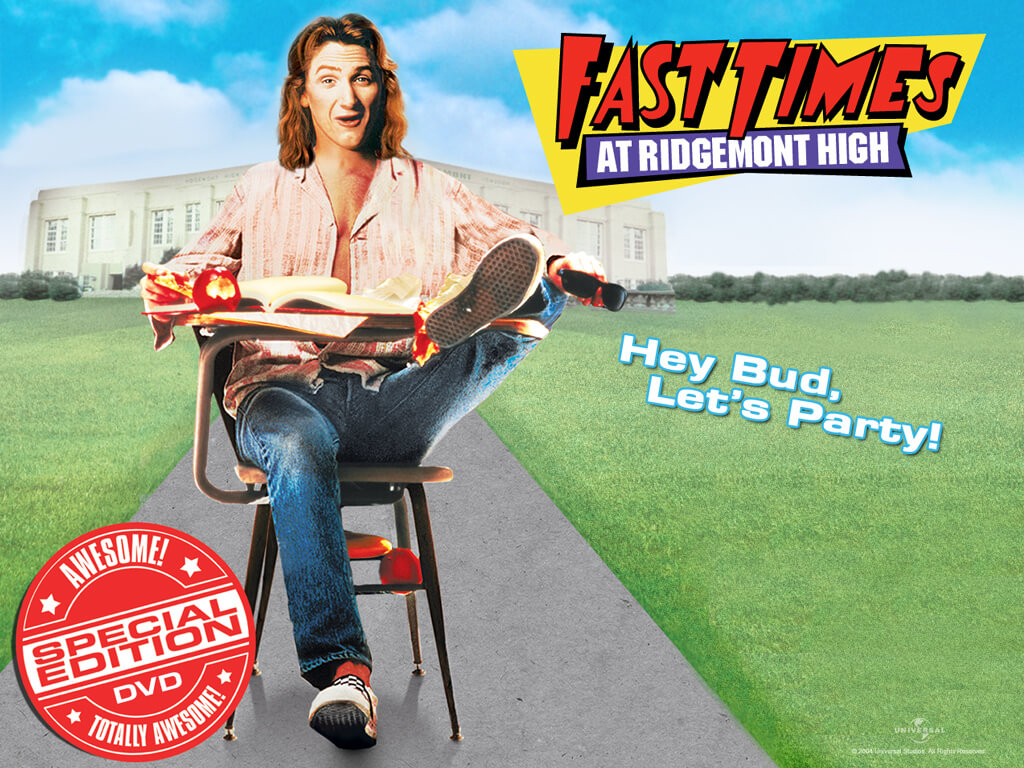 Another oldie, but a goodie. Take a look at what life was like for the not so perfect students of Ridgemont High in 1982. The film highlights some of the best and worst aspects of the 80’s, and possibly one of Sean Penn’s finest roles.

Fear and Loathing in Las Vegas 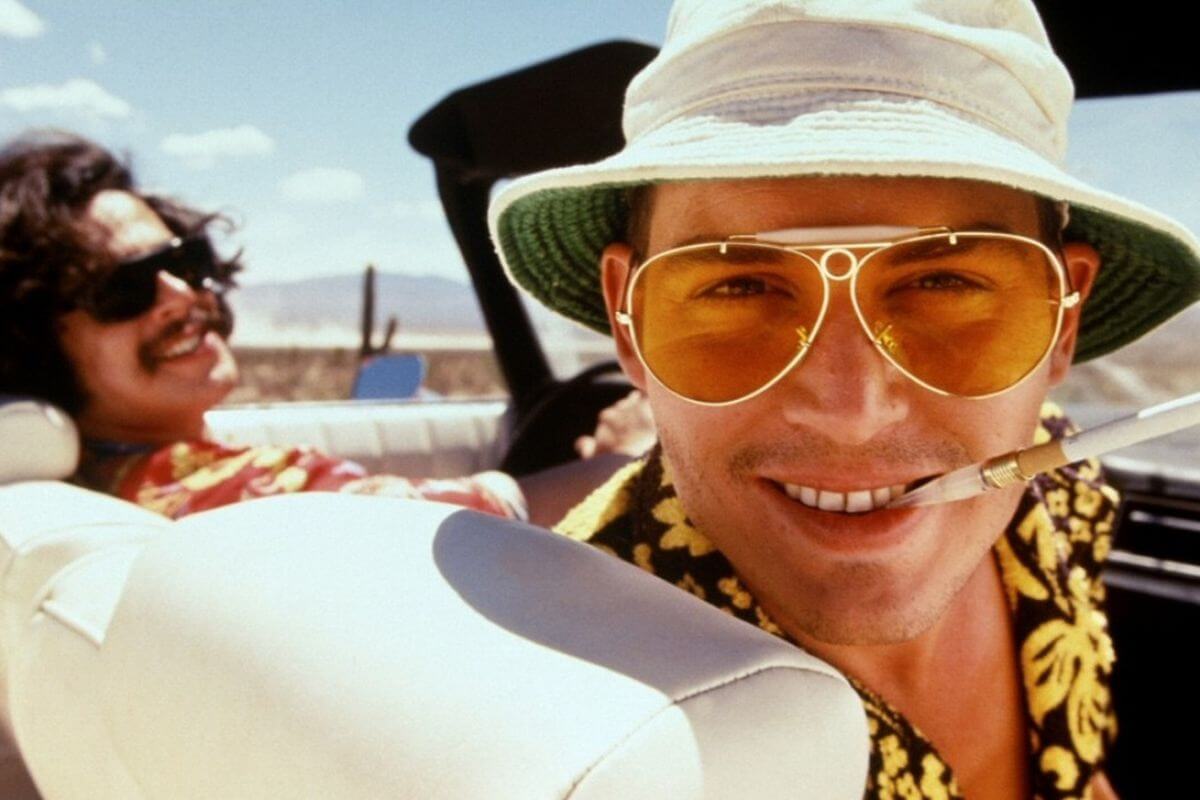 Watching H.S. Thompson take a long, drug-fueled trip down the rabbit hole in Fear and Loathing is almost a weed smoker’s right of passage. It will make you laugh, it will make you cringe, and you’ll learn valuable lessons about what drugs not to combine. 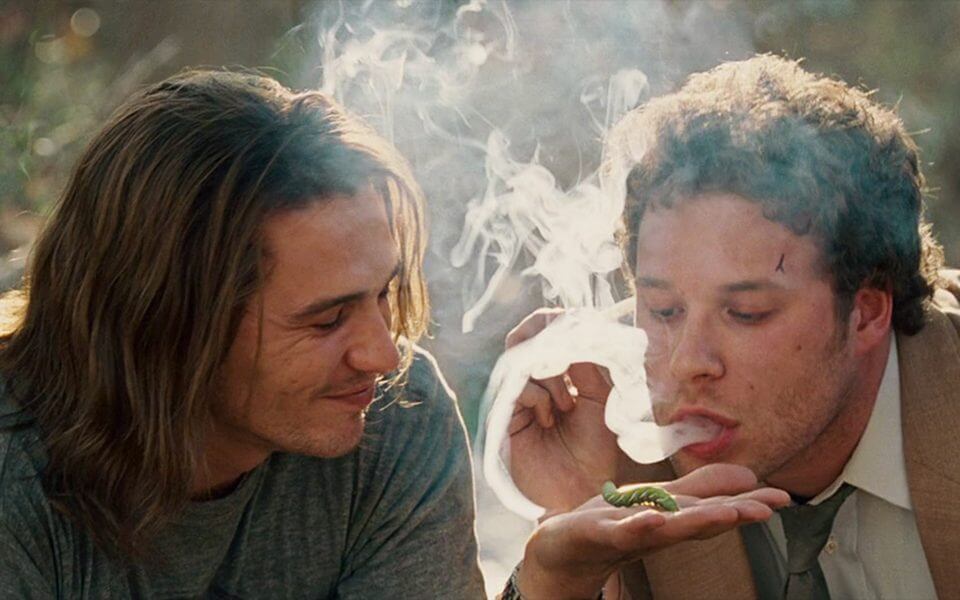 By now we all know about the potent strain of weed called Pineapple Express. It owes its popularity entirely to the Seth Rogan stoner movie of the same name. Pineapple Express is a stoner flick about the misadventures of some cannabis enthusiasts and small-time drug dealers on their quest to source one dank bud. 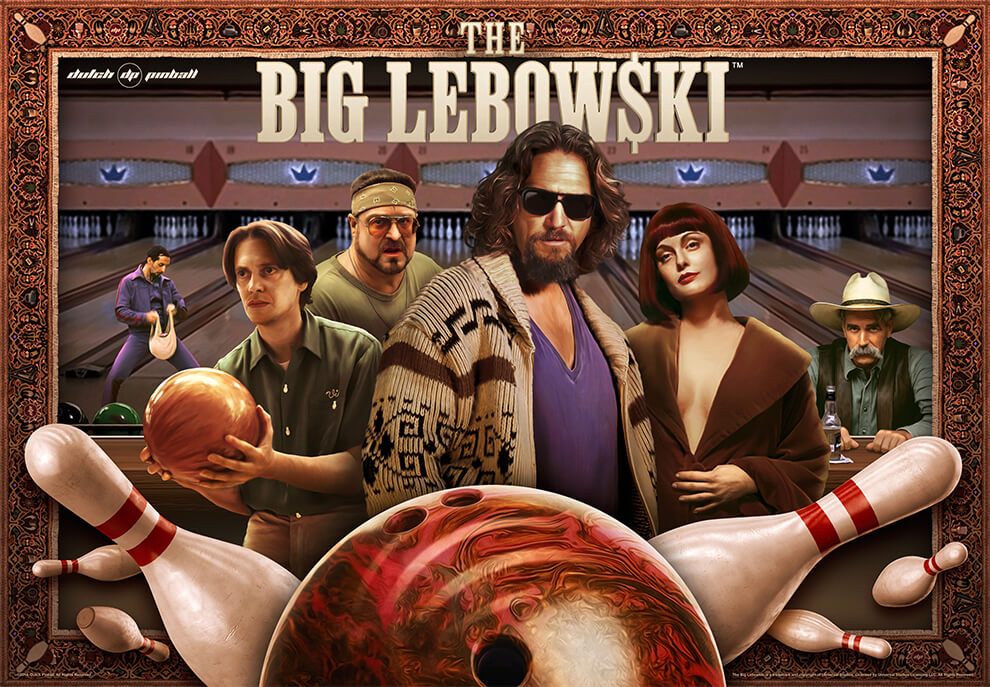 Stoner’s owe a lot to the Dude, much of which we don’t fully understand yet. Every time we re-watch the Big Lebowski, we get a little bit closer to finding out the secret. It must have something to do with White Russians, bowling, and Steve Buscemi. 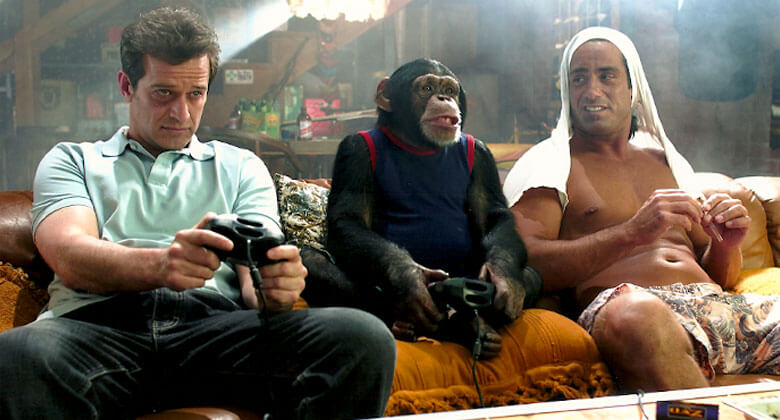 Grandma’s Boy makes everyone feel better about their own lives. After all, even if you live in your mom’s basement, at least you don’t live in your grandmother’s basement. This stoner movie follows the hilarious downward spiral of a professional gamer forced to live with his grandmother, what could possibly go wrong? 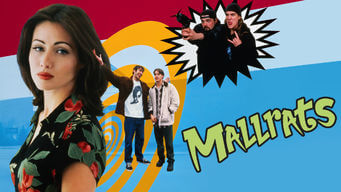 Mallrats plays to our collective teenage memory of getting high and hanging out at the mall. Do teenagers even do that anymore? It doesn’t really matter because we can imagine what it’s like by reliving the tribulations of said teenagers in Mallrats. 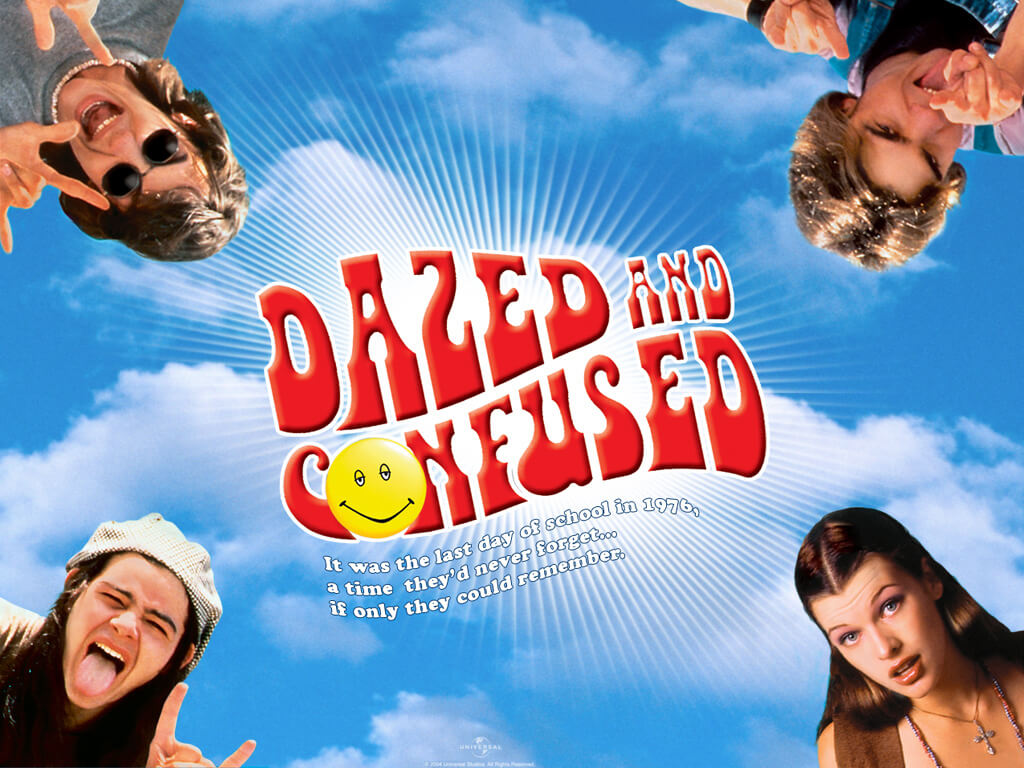 Another cult classic on our list, Dazed and Confused is the story of high-school seniors on their last day of high school in 1976. Many of your favorite actors got their start on this movie, including Adam Goldberg, Milla Jovovich and more. It definitely deserves a second, or third, watch. 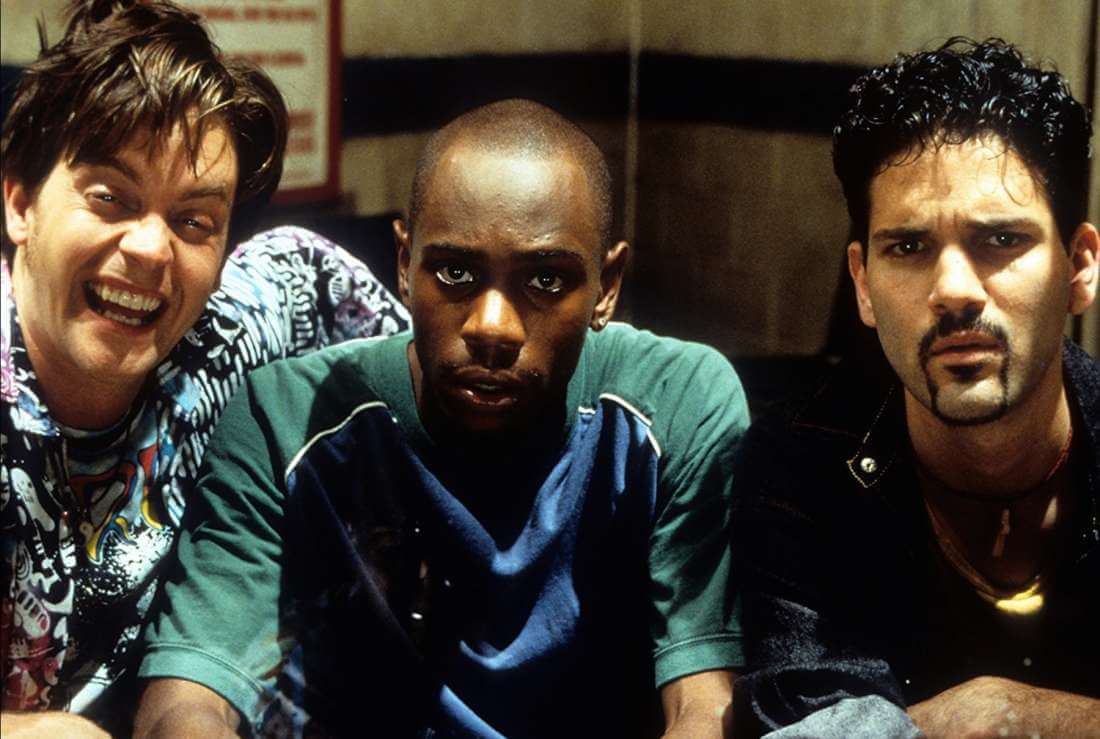 Some of the biggest names in cannabis culture make iconic appearances in this movie, starring Dave Chapelle. Celebrities including Willie Nelson, Jon Stewart, Snoop Dogg and more all show their true colors in Half Baked. Although already two decades old, the laughs still hold up today and Half Baked is certainly one of the most popular stoner movies. 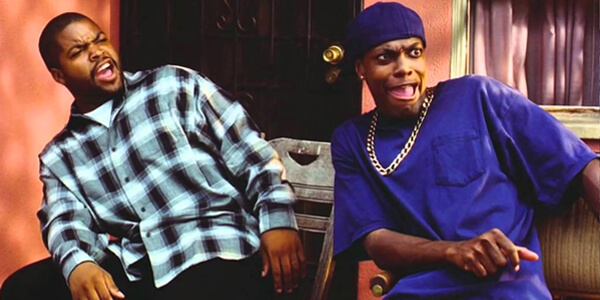 Another classic stoner movie. Why is Friday the movie so good? Probably because it’s so bad. You can’t ask much for a film based on Ice Cube and Chris Tucker as weed-loving drug dealers. Did we mention they love getting high on their own supply? Clearly, a bad idea, which is why so many misadventures ensue. 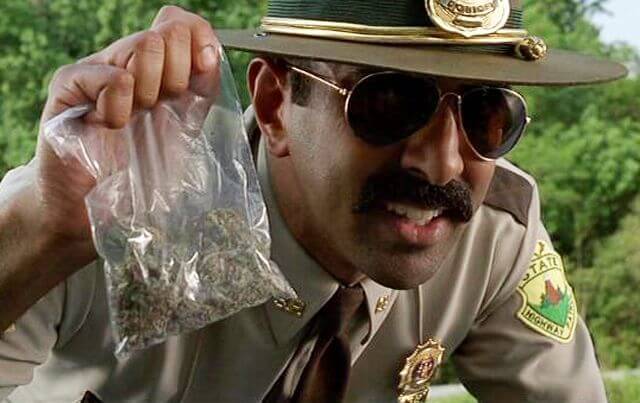 Who would have thought a movie about law enforcement could ever become a stoner favorite? If you ask us, Super Troopers represents a lighter, and much stupider side of the law. If you ever wanted an excuse to laugh out loud at a cop, this is your chance. 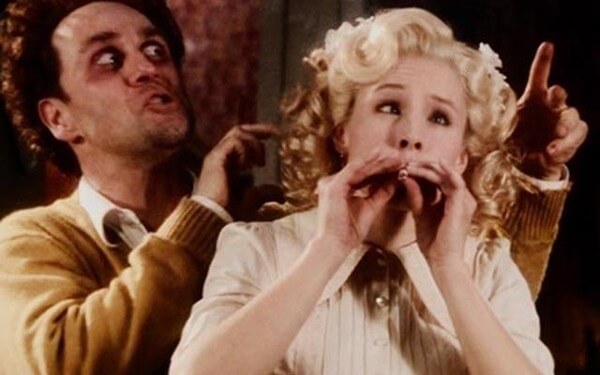 Ever wonder why the world is afraid of weed? Thanks to fear mongering movies like Reefer Madness, some people still believe cannabis is a dangerous drug. Reefer Madness is funny simply for the reason that people used to think it was true. This movie is best watched stoned to fully grasp how ridiculous it was during the height of prohibition. After watching, you’ll wonder what they were actually smoking, because it most definitely wasn’t weed. 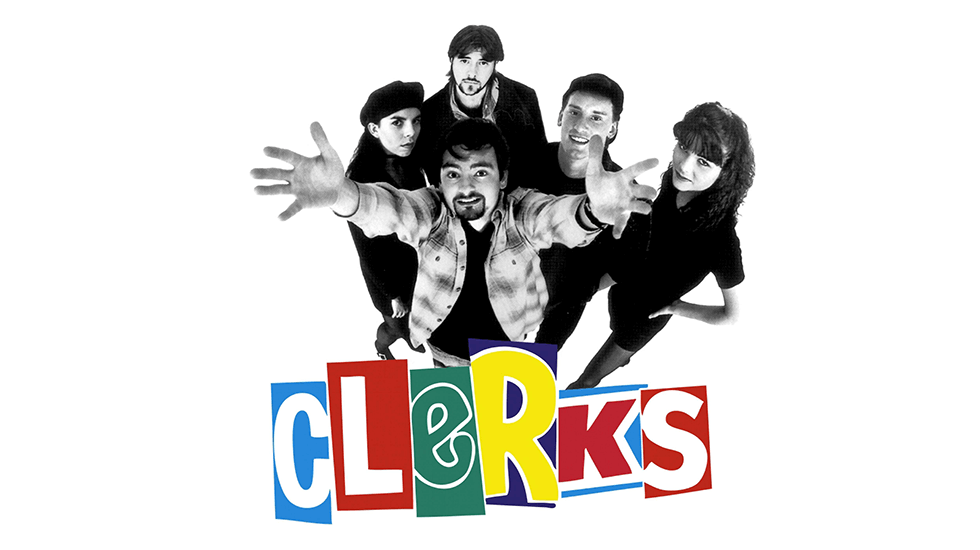 Combining intelligent humor with scathing social commentary has always been Kevin Smith’s forte. He has long been a cannabis proponent, and Clerks is a perfect example of his pro-weed stance. Plus, how can you not fall in love with the hilarious comedic duo Jay and Silent Bob. This is where we first fell in love with them! 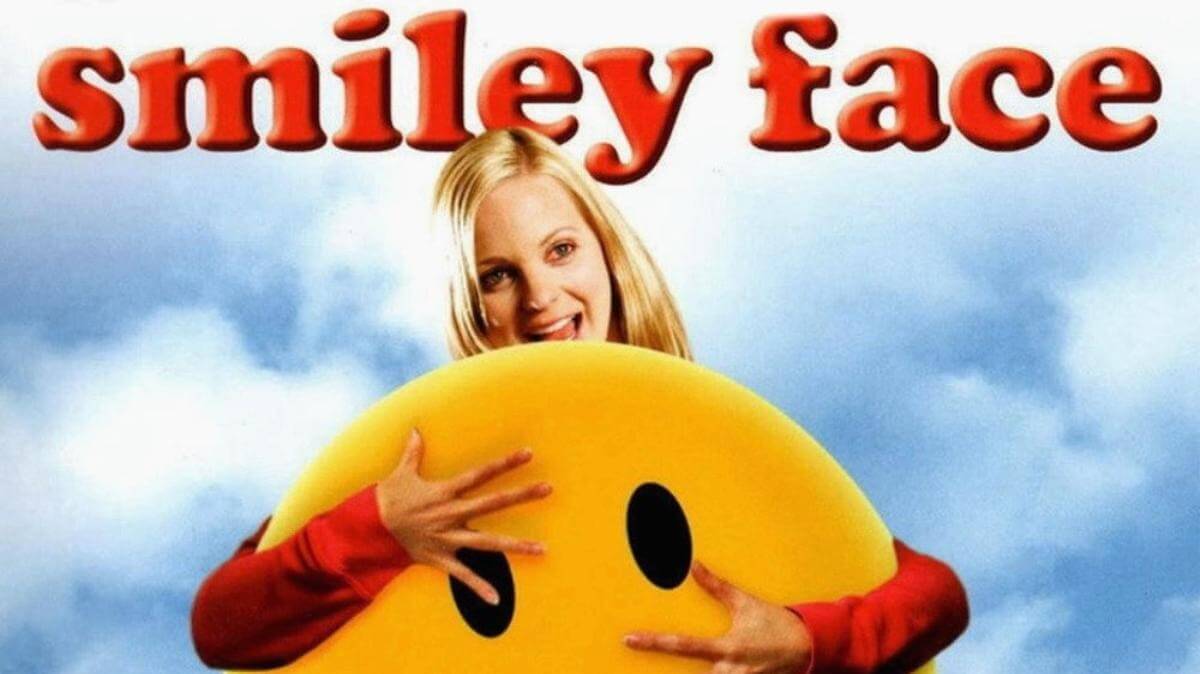 Have you ever wondered what would happen if someone accidentally ate your pot brownies without knowing what they contained? Wonder no more, as you watch the main character of Smiley Face eat a ton of weed, and then try to find the beach. Good luck! 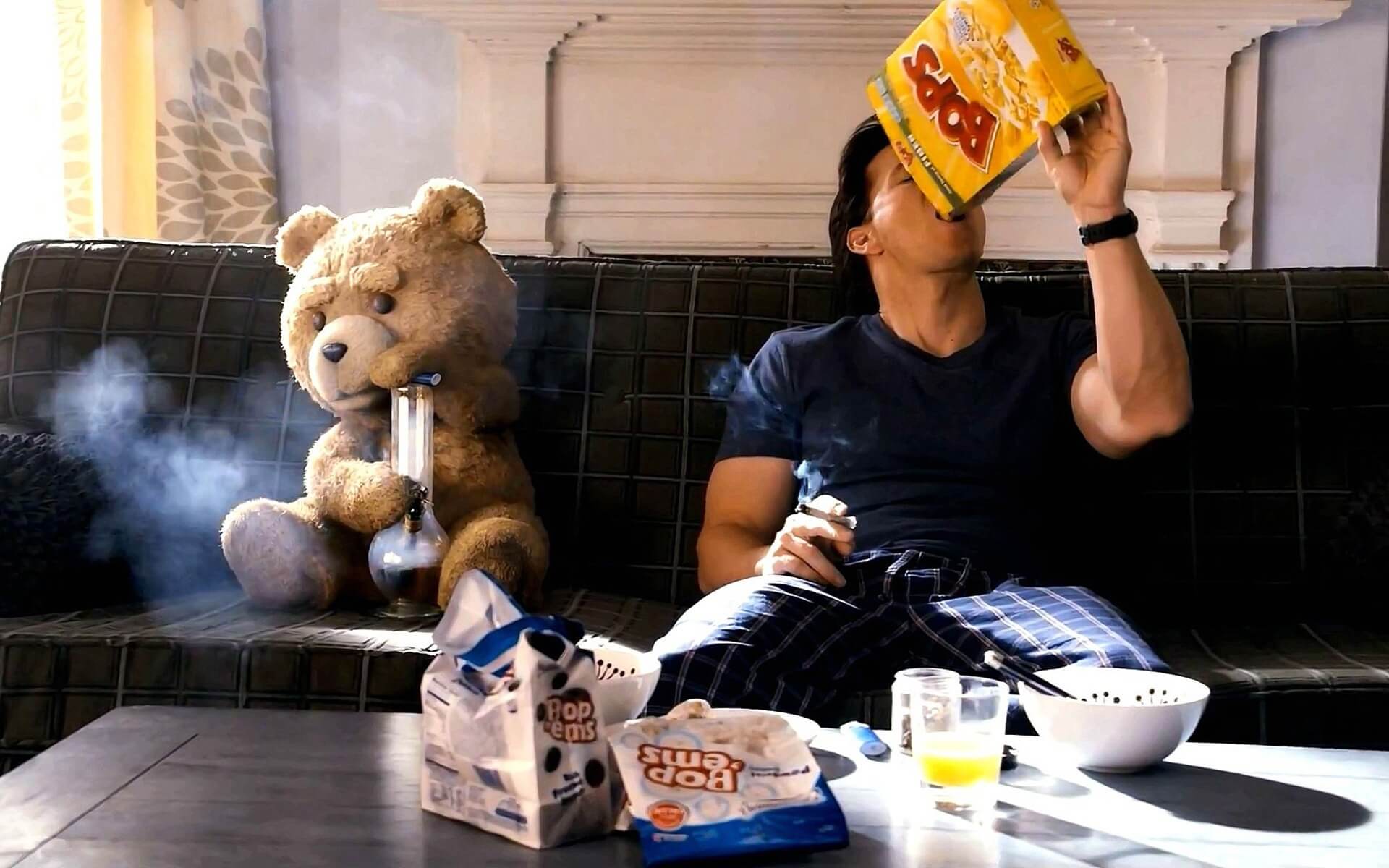 The plotline to Ted was certainly thought up while getting high. A real-life, bong-smoking teddy bear? You can’t get more unrealistic than that. Stoners love this movie primarily because of the appalling relationship between the main character, Mark Wahlberg, and his depressed life-sized teddy bear.

This is the End 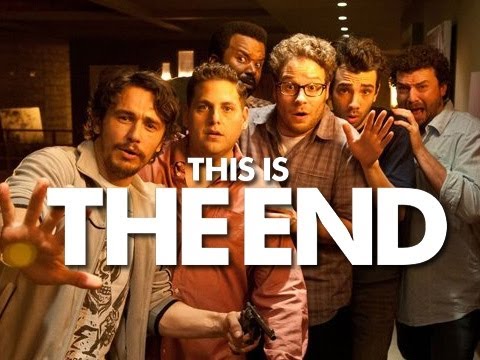 After you’ve spent years watching Seth Rogan and James Franco in their other films, This is the End is the cherry on top. Familiar celebrity faces all play themselves, just as the world is ending. If you’ve ever wondered how capable celebrities are at living in the real world, this stoner movie quickly shows you that they are not very capable at all.

Classic stoner movies often take the form of stand up comedy specials. Which is why we tacked on a few honorable mentions for the best stoner stand-ups comedians. 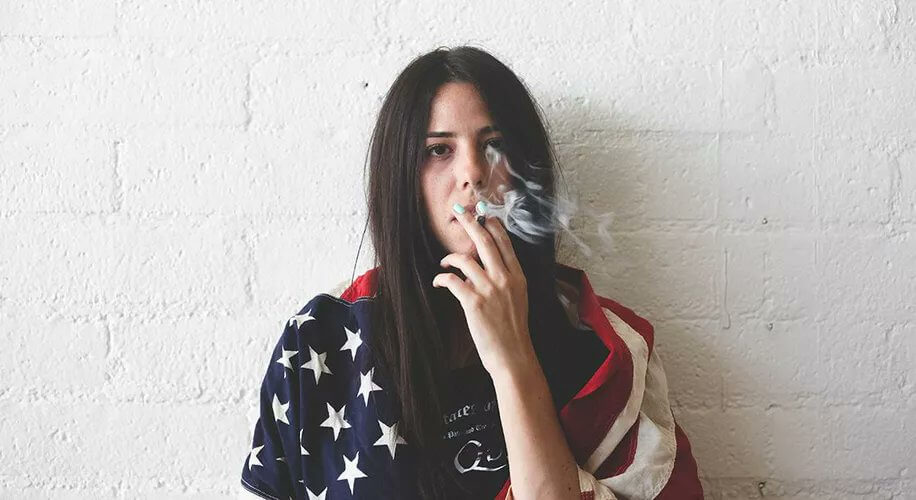 Stand up comedy is often best served while baked, but not so with Rachel Wolfson. She is funny even when sober. Wolfson tells it like it is; real-life stories on love, on family and on how messed up her life is. Its refreshing, especially for stoners. 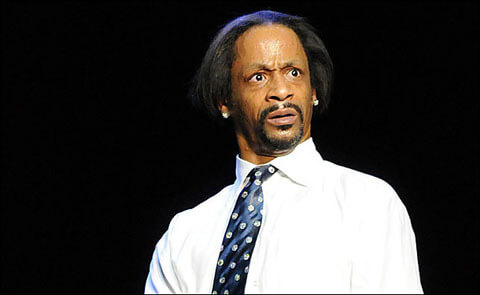 Say what you will about his personal life, Katt Williams is outrageous on stage. His variety of humor (and on-stage antics) are way out in left field, and that’s why we love him. A longtime advocate of all things weed, he is often extremely high while performing. So why not smoke up along with him. 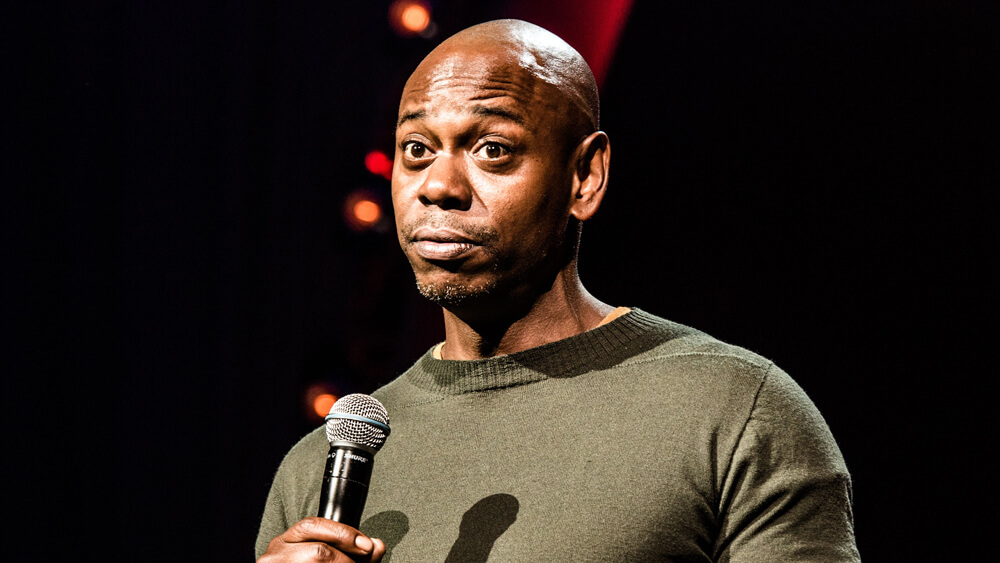 Thanks to Netflix, we can now all enjoy Dave Chapelle doing stand up again. Despite his decade of absence from the comedy world, he’s back and better than ever. He’s not afraid to go where it gets uncomfortable, and no matter what he says, everyone still loves him in the end. 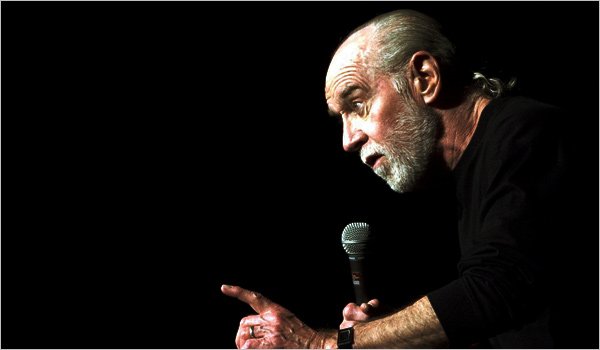 He’s the cult classic of the stand-up comedy world. If you haven’t watched his standup specials, you better stop what you are doing and get to work. He was one of the most intelligent comedians to ever crack a joke. Watching George Carlin at the peak of his career was watching a master at work.

One response to “25 Classic Stoner Movies”