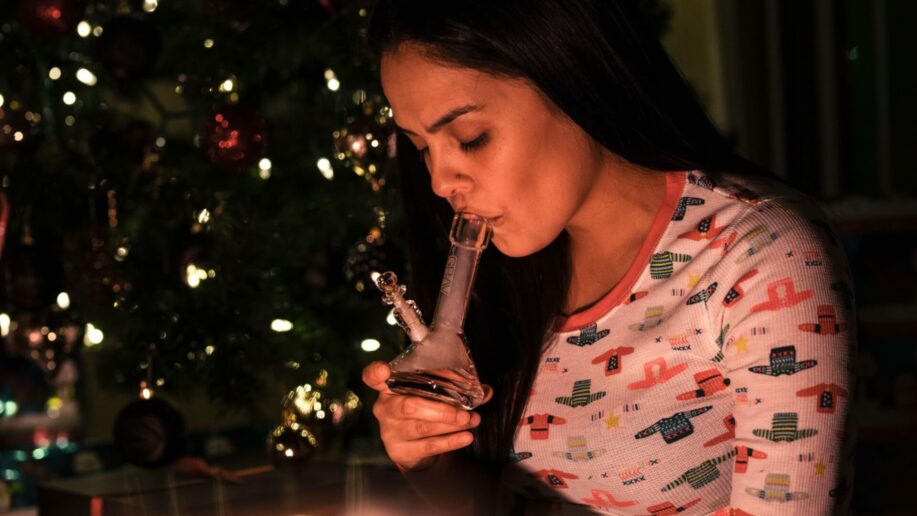 Stoner Girls Watch Out: Women Are More Prone to Cannabis Dependence Than Men

Female cannabis users have a higher chance of abusing the plant than male users, according to a recent study.

In addition, the study titled “Sex and Gender Interactions on the Use and Impact of Recreational Cannabis” found that women take significantly less time to move from moderate use to severe use of cannabis.

• Is Heavy Long-Term Weed Use Bad for You? This Study Says Yes

The study published in the International Journal of Environmental Research and Public Health reviewed a total of 131 academic studies published between 2009 and 2019 and found “emerging evidence that females transition more quickly to cannabis use dependence compared to males.”

The study mainly focused on the prevalence of Cannabis Use Disorder (CUD) among respondents.

Cannabis dependence affects around 2-3% of cannabis users and symptoms include agitation, preoccupation with attaining, using, and coping with the effects of marijuana, as well as challenges in problem-solving, paranoia, dependency, and withdrawal.

Using the term addiction together with cannabis probably sounds pretty far-fetched for most cannabis lovers, but we’ve all know at least one person who becomes absolutely unbearable when they don’t have anything to smoke.

While the study found no meaningful difference between the ages at which men and women first use weed, the researchers found evidence that women developed CUD did so at a significantly faster rate than men after they start smoking.

Women who developed CUD did so on average after 4.7 years after their first flirtation with mary jane, while the men with CUD took on average 5.8 years to develop the disorder, according to one study quoted by the researchers.

Women who smoke are still stigmatized

A second study quoted by the researchers states that women took on average 2.24 years to develop CUD, while men took 2.64 years.

The study also found that women get higher than men at lower doses of orally-ingested THC and that “there is also emerging evidence that females may experience greater severity of cannabis dependence.”

“The negative effect of cannabis use on mental quality of life scores was more pronounced for women,” the researchers wrote, despite the fact that the sample population of the study experienced mood and anxiety disorders at the same rates.

The study’s authors suggest that this negative effect of cannabis on women could be because of differences in how women smoking weed are viewed by society.

Women “experience greater stigma and discrimination when they use substances of any kind, and this may partially explain the greater severity of CUD observed among women in some observational studies,” they wrote.

While stoner girls are highly revered in stoner circles, the study’s authors say that women who use cannabis may also be faced with more isolation and a weaker social support system than men, “which may exacerbate the negative effects of women’s cannabis use dependence.”

Previous research has consistently shown that cannabis use is more widespread among men, with a recent National Cannabis Survey in Canada for the fourth quarter of 2019 showing that 18.4% of male respondents had smoked weed in the previous three months, as opposed to 15.1% percent of women.

The study also found differences in the way men and women like to consume their cannabis. While men are more likely to smoke (flower, concentrates, dabs, etc), women, on average, prefer edibles over smoking.

This could also explain why 70% of the victims of EVALI were young men, according to the study.