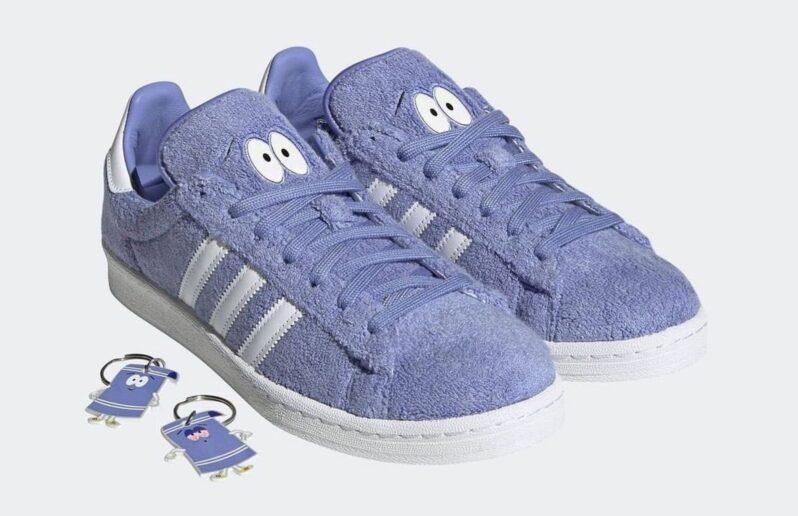 Adidas’ will collab with South Park for a Campus 80s inspired by one of the show’s memorable characters, Towelie. The talking towel theme is interpreted through a french terry-covered lavender upper with eye illustrations resembling the character on the tongue. To ramp up the playful theme, the pair includes details such as colors that change under UV light and eyes that become “red.”

This pair is expected to be part of a wider South Park x Adidas Originals collection, although additional pairs have yet to surface.

A release date for the South Park x Adidas Campus 80s “Towelie” has not been confirmed, but it would be very surprising if this collab won’t drop sometime around April 20. Check back for more details in the coming days.