Someone Stole Weed From a Cannabis Amnesty Box in Chicago - Highlife 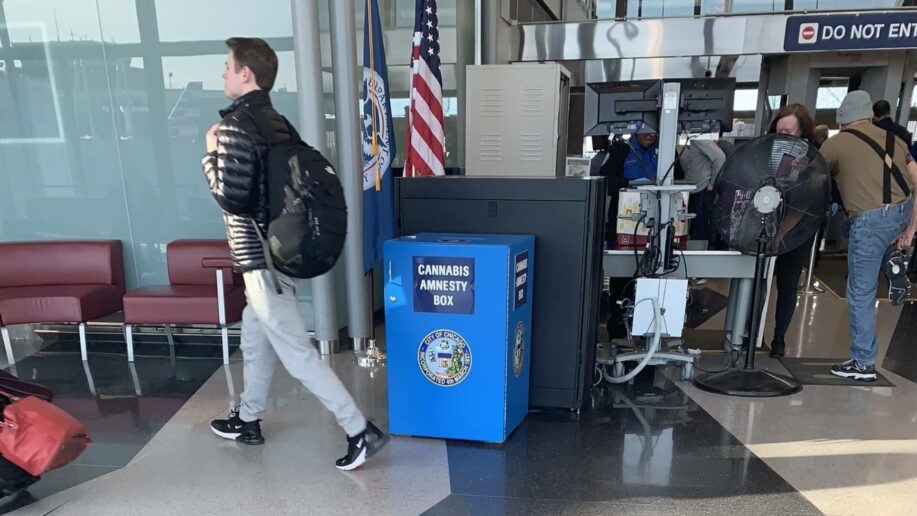 Someone Stole Weed From a Cannabis Amnesty Box in Chicago

Who could have seen this coming?

Chicago police say a traveler at the city’s Midway Airport managed to steal weed from one of the airports Cannabis Amnesty Boxes on Wednesday.

At around 6:03 p.m., an unknown individual thought to be an incoming passenger, stuck their arm into the box, and “removed an unknown object from inside,” Chicago Police spokesman Anthony Guglielmi told the Chicago Sun-Times in a statement.

“Tampering with them, or attempting to remove anything placed inside, is a crime, and detectives are investigating this matter,” Guglielmi said.

According to NBC5, a separate passenger dropped the marijuana into the amnesty box after TSA agents found it on their person.

Police installed the amnesty boxes only a few weeks ago after recreational marijuana was made legal in Illinois. The big blue boxes give departing passengers the option to dispose of their weed before boarding flights at Chicago’s two airports — Midway and O’Hare.

“Cannabis Amnesty Boxes have been placed at Chicago’s airports so travelers have the opportunity to ensure compliance with federal law, as well as the local laws at their destination,” Guglielmi said, stressing that the suspect should not have had access to the box.

“In the meantime, new, permanent theft prevention boxes are expected to replace the temporary ones in the coming weeks, making them more secure and preventing anyone from further accessing materials dropped inside.”

The TSA made it clear that authorities are not specifically looking for passengers carrying marijuana. Since Illinois legalized recreational cannabis, carrying weed is legal in the state’s airports.

However, boarding a plane and entering airspace, which is regulated by federal laws, is still very much illegal because cannabis is illegal under federal law.

TSA agents are “obligated to report the discovery of any drugs or substances that are illegal under federal law,” a spokesperson told Fox News earlier this month.

In Chicago, anyone found with “marijuana or cannabis-infused products” at a TSA checkpoint will be referred to Chicago police, who said they wouldn’t arrest anyone if they aren’t carrying more than what’s allowed under Illinois law.

Instead, they will be escorted to a nearby Cannabis Amnesty Box where they can dispose of their weed.

At least until some crafty stoner comes along and steals it right back.