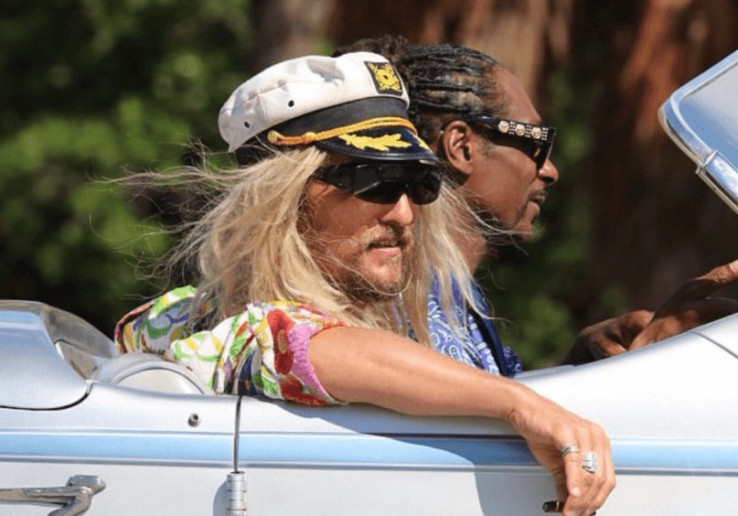 Matthew McConaughey has revealed the details of all of the shenanigans he and Snoop got up to while they were filming their new comedy movie “The Beach Bum.” During the celeb’s appearance on Jimmy Kimmel Live, he told of how the iconic Doggfather switched his prop weed out for an actual spliff!

Matt revealed how his “snooping” was recorded on camera and added that he wasn’t “quite sure what happened that night!”

During the course of the interview, the actor said, “My ‘snooping’ happened in this scene where I’m going to Snoop, and I have writer’s block, and Snoop has the magic weed. I go to Snoop, and I go to the prop-man and make sure I have prop weed. Prop weed is not real weed, it’s just crushed oregano and stuff.”

“We get in the six-minute scene, pass [the joint] back and forth, all of a sudden he goes ‘Yo, Moondog’ — that’s my character’s name — ‘that ain’t prop weed, that’s Snoop weed!’ The next nine hours were a lot of fun, but I don’t believe we spoke a single word in the English language,” McConaughey jokingly said.

While there is currently very little known about the plot of the movie, it is safe to say that both Snoop and McConaughey had a blast during filming. The upcoming film is the brainchild of director and writer Harmony Korine, who has known Snoop for quite a while. And back in 1997, when the director was just a teenager, he already revealed his then dream of making a movie featuring the Doggfather as well as the novel “Ulysses” by author James Joyce on the David Letterman show.

It appears that Korine’s dreams have become a reality, as the feature film is set to be released on the big screen in March 2019 and you will be able to watch the scene that McConaughey refers to in his interview above. In the meantime, check out the official trailer: