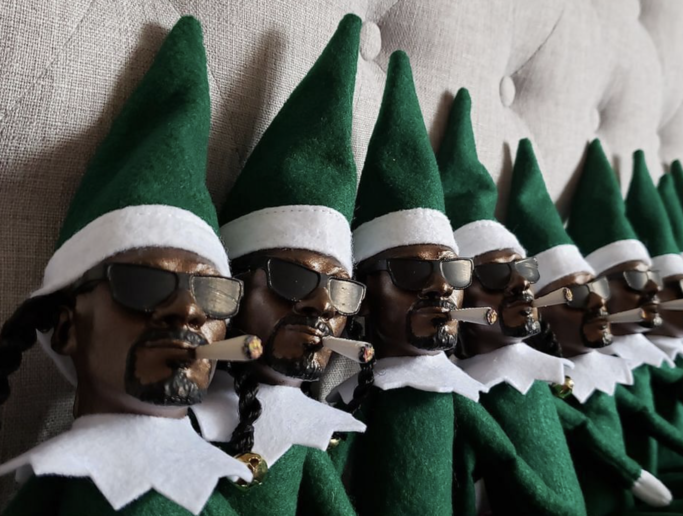 You’ve probably seen them on social media this year.

A joint-smoking Snoop Dogg doll that wears an elf costume. It’s a little play on elf on the shelf. “Snoop on the stoop” with a big joint, black glasses. It’s a funny sight when you see it between the regular Christmas decorations.

The Snoop on the stoop dolls went viral on social media and quickly sold out on sites like Etsy and Amazon with a price of about 100$ each.

The heads and hands from the doll seem to be 3d printed, while the body is made from textile. After some research, we discovered a free download 3d model of Snoop Dogg available on STL finder. So we suspect someone came across it and printed the model at home and then made a doll out of it. After it got traction on social media, other 3d printing businesses started making the dolls.

But Snoop himself isn’t very happy with the dolls by the tweet above. He doesn’t approve them and is sure not making them himself.

Snoop let everyone know that he is taking legal actions towards the people producing and selling the Snoops on the stoop Christmas dolls.

After the announcement of Snoop Dogg on Twitter, it seems a few websites that sold the Snoop on the Stoop Dolls took them offline. In contrast, some are still taking pre-orders.

Did you get a Snoop on the stoop doll, or are you making one yourself? Don’t let Snoop Dogg find out!
We wouldn’t be surprised if he comes with his action figure soon. As Snoop on the stoop isn’t too good for his image. Time will tell.