Snoop Dogg Reveals ONLY Person to Out-Smoke Him 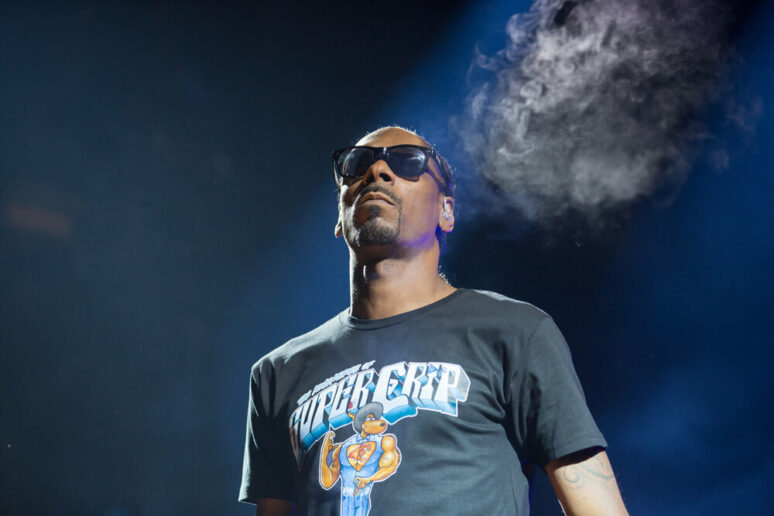 Snoop Dogg Reveals ONLY Person to Out-Smoke Him

When we think of Snoop Dogg and consider his proudly admitted smoking habits, it is pretty damn hard to imagine that someone would be able to achieve the incredible feat of out-smoking him, but it did happen. Snoop was interviewed by Jimmy Kimmel and talked about the “Mount Rushmore of Pot”, revealing who is highest up there on that mountain, even higher than himself!

Jimmy was very curious at first about the fact that Snoop recorded a gospel album, and asked him if that was his idea. This led Snoop to tell the full story behind his album, which had a lot to do with his upbringing: He disclosed that he was raised in church and that because of the current world we live in, filled with negativity and violence, he was trying to create something that would be a representation of peace, love, and happiness. For him, the church is a representation of all that. He also described how church was like a school, where he learned essential skills such as acting, singing and performing – skills which later would help shape his career as an artist.

Jimmy went on to say that he was listening to the album and noticed that Snoop talks about the devil showing up while he was doing God’s work, and proceeded to ask if Snoop believes in the devil, to which he instantly answered “Definitely! ”. When asked about what he thinks the devil looks like, he promptly replied: “The President! ”, which resulted in excitement and cheering from the audience, and placed a huge smile on Jimmy´s face!

Snoop went on to describe what Heaven looks like in his eyes: A beautiful place filled with happiness, where there are no diseases, no violence, eternal life, and where everybody is just loving each other and trying to get to the next day. Jimmy then asked Snoop if he thinks there was pot in heaven. Unsurprisingly, instant reply: “I know they do!”. The audience (and Jimmy) once again cheered in excitement.

Jimmy then mentioned a visit from Seth Rogen on the show and their discussion about the Mount Rushmore of pot smokers. He asked Snoop who he would place high up there along with himself: “Bob Marley, Cheech & Chong, Willie Nelson – They were the first faces on that mountain, they are the ones who showed us where that mountain was!”

Guess what, one of these legends made Snoop hit the timeout button during a smoking session… We will not ruin the surprise for you by inserting any spoilers here, so if you want to find out who was the ONLY person that ever out-smoked the Doggfather, watch the interview and find out!