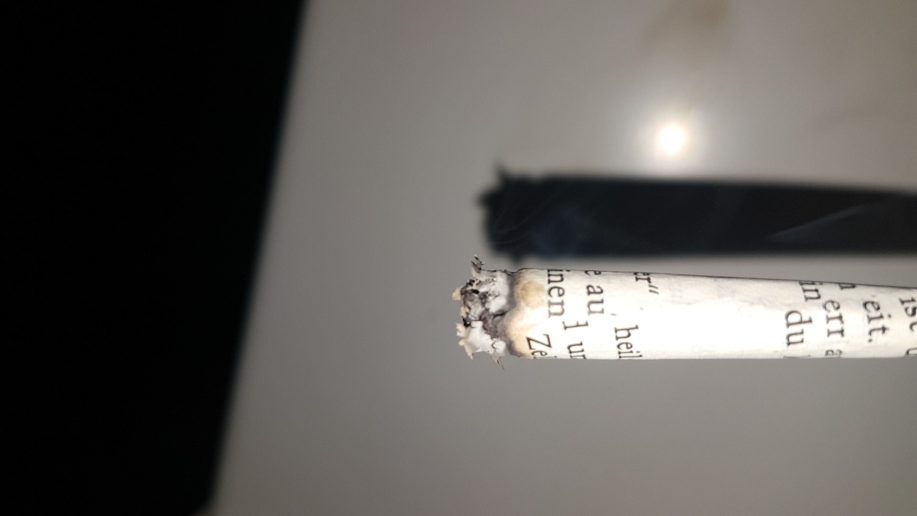 Snoop Dogg has resurfaced an old interview of his and his religious fans are not too happy about it.

Snoop sat down with the team at Power 105.1’s The Breakfast Club radio station a few years ago and the topic of smoking weed inevitably came up.

Radio host Charlamagne tha God asked Snoop if he had ever rolled a joint using papers from the Bible.

After a brief pause, the ‘Drop It Like It’s Hot’ rapper came clean.

“I ain’t gonna lie. We was in London like 1996. We didn’t have no papers and they ran out and it was, we needed to hit something bad!” he recalled on the station.

“And the homies was like ‘we needa use the first page of the Bible’…thinnest piece of paper cuz.”

He clarified that it was only the first page of the holy book because they didn’t want to be messing with the word of the scripture.

He shared that snippet on his Instagram page this week and while there were loads of people who thought the revelation was funny, there were plenty of fans who were furious.

Another added: “Nah bruh, this is beyond foul.”

It seems like using the Bible when you’re short of papers is a step too far for some people.

There were fans who suggested this is how they managed to smoke weed in prison because it’s not as if they can pop to the store at any given time.

On that same radio station, Snoop told another interesting story involving weed, and this time it also included Oprah Winfrey.

He explained how he went to a William Morris party and wanted to meet up with the legendary TV host.

He recalled: “I got to the party and I walk in and motherf**kin’ Oprah Winfrey is right there but Gayle [King] comes to me first.

“She walks over like ‘What’s happening Snoop Dogg?’…I take a picture with her and then I slide off to the back and then I’m like ‘Let me see if they really f**k with me.”

He said he wanted to smoke a joint with Oprah, however noticed that too many people were watching. So he did the next best thing.

“I blew a long-range ‘O’ at her and that motherf**ker just slid across the room, and it hit her in her face and exploded,” the rapper said.