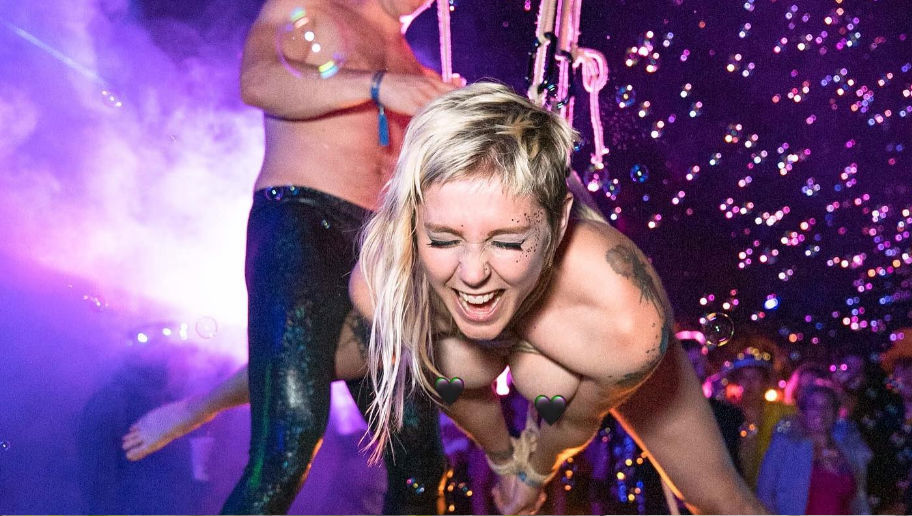 Live artist performer Snatch Adams has been taking things to the next level during festivals, and it seems as if each year, she keeps getting bolder with celebrating her freedom.

Last year at a festival, she laid in a coffin for two-and-a-half hours while 45,000 mealworms ate her skin. This year she wanted to take an interactive approach with the crowd, so while tied up shibari-style on a small platform near the main stage at a festival, Adams had a bong placed in her butt, and the festival attendees came to take hits from her butt bong.

The show went on for an extended amount of time. Adams said that one gentleman told her that he had not smoked weed for twenty years but that he knew he needed to do it out of her butt no matter what.

According to the social media post by Adams, “we were about to put a second plug in my pu**y and invite people over to smoke DMT out of it, but we got shut down for being a rogue project that was….controversial to say the least. But in a short time, the response was overwhelming.”

This is the kind of thing where people do not believe it to be true without a photo or video documentation. However, Adams has photo proof and a short write-up about her mini event inside of the festival on her Instagram account, @snatch.adams.