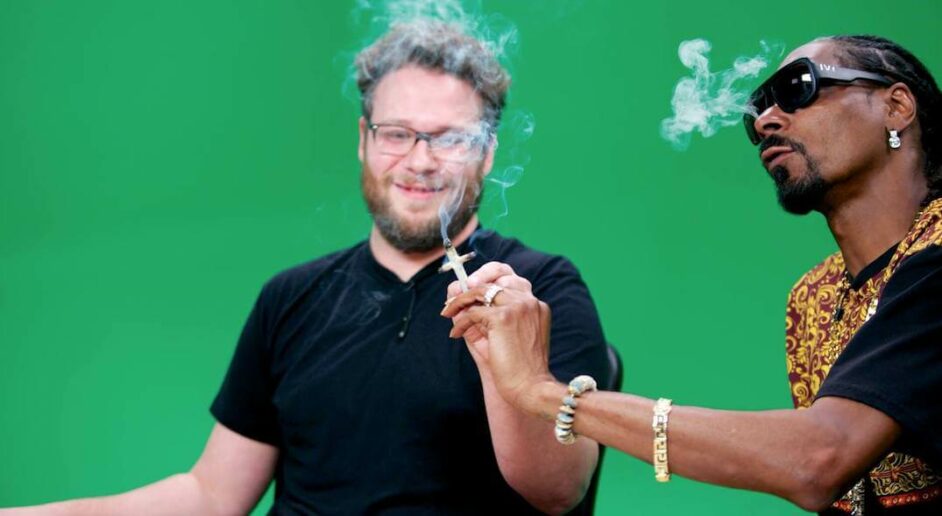 Seth Rogan Admits He’s High While Filming All His Movies

Seth Rogen is pretty busy in 2019. Still, there’s one thing he consistently finds time for and it’s weed. Notably, he even likes to work while high.

During an appearance on The Late Show with Stephen Colbert, the late-night host point blank asked him whether or not he liked to work stoned, to which Rogen confirmed “there’s 100%” chance he’s high when the audience is watching him in movies, elaborating,

Yeah, I smoke weed all day, every day of my life. For the last twenty years, exclusively [I’ve worked high]. … I do actually enjoy weed in my personal life and on film.

Stephen Colbert related a story about how one time he tried to do improve high, which is like the equivalent of telling a regular marathon runner you ran a mile once. It’s pretty adorable.

Meanwhile, Rogen also related a story on The Late Show about how he would be filming Long Shot and watching Charlize Theron, only to realize she’s a way better actor than he is. The story goes into detail about filming the scene, and it certainly sounds like he was in his head a lot while filming Long Shot.