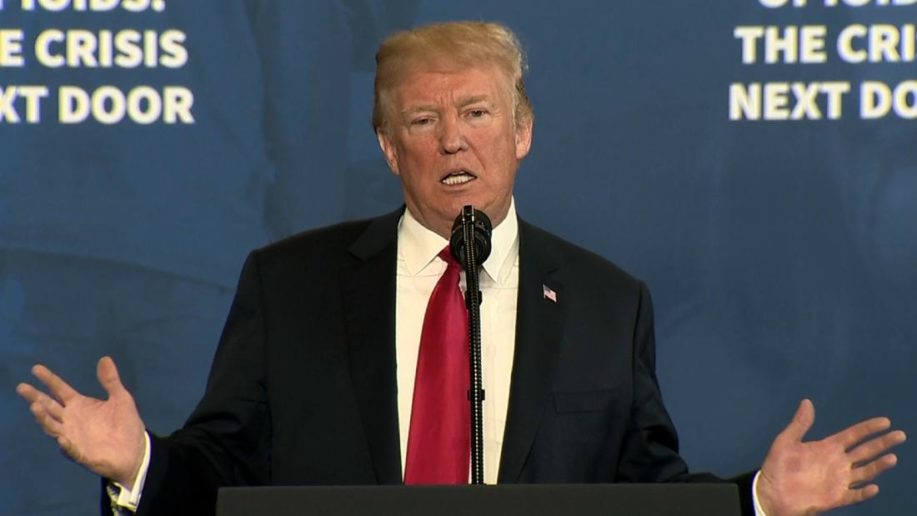 During a speech last week where he proposed several extreme measures to reduce crime, former president Trump stated his support for using the death penalty as a punishment for drug traffickers who are found guilty.

“The punishments ought to be really harsh. The nations that don’t have a drug problem are the ones who give drug dealers the death penalty after a speedy trial, according to Trump, who was speaking at the America First Policy Institute.

“Doesn’t it sound awful, does it? But guess what? They are the ones who are trouble-free. In court, it doesn’t take fifteen years. You definitely execute a drug dealer, and you’ll save 500 lives, Trump said. It moves rapidly.

Every nation in the world that doesn’t have a drug problem has a very strict death penalty for drug dealers, he added, adding that he knew it was a terrible thing to say.

In addition to praising other nations’ swift trials, Trump’s remarks calling for a crackdown on drug dealers were part of a larger plan to forcefully combat crime.

The former president highlighted incidents of attacks on citizens in Philadelphia, Washington, D.C., and other cities to present an image of a hopeless and dystopian nation.

At each intersection, he ordered police squad cars to be parked.

With the help of medical specialists, Trump proposed transferring homeless camps out of major cities and onto “huge tracts of inexpensive land at the outlying reaches of the metropolis.”

To ensure that law enforcement is free from fear of retaliation, Trump called for measures to expand qualified immunity and grant police additional authority.

In order to eradicate gangs and organized street crime in America, he urged for a “no-holds-barred nationwide effort.”

To combat violence, the former president urged “being strong, ugly, and mean if we have to.”

“There is no longer respect for the law, and there is certainly no order, which is the main reason why our country has become so different. Currently, our nation is a crime cesspool, according to Trump.