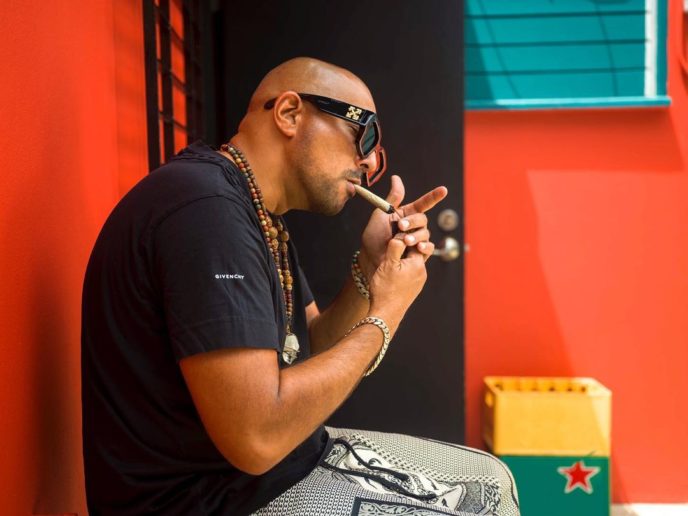 Sean Paul hasn’t left Jamaica for 18 months. In ordinary times, the ambassador for dancehall jets around the world to perform his music.

Paul is a lifelong cannabis advocate. A lot of his songs reference and celebrate it – and says he thinks of those like his father who was criminalized by their involvement with cannabis whenever he hears about cannabis legalization advancing around the world. “Cannabis had been decriminalized here in Jamaica, but there’s still an overwhelming number of people who are in prison because they were smoking a spliff or had an ounce bag,” he points out.

“I’ve seen the same politicians and lawyers and doctors that used to say, ‘It’s a maddening thing, it’s going to drive you crazy, it’s a gateway drug, don’t do it now turn around and say how beneficial it is. Politicians are taking money from big businessmen and forcing out the real farmers who cultivated the good stuff.”

With a smile, he returns to his earlier point about industrial-scale production lowering quality. “For me, dispensaries are a good thing,” he says, “But almost all their weed tastes like cardboard.”

He adds that he’s getting into the legal cannabis business himself, and believes he’s spotted a gap in the market: healthy edibles. “Edibles can help a lot if a person can’t smoke, but if that person is sick with diabetes then these edibles are gonna kill him because they’re full of sugar!” he points out. “I’m in the process of trying to make edibles that are more healthy, and for now I’m also developing my own strain of smokes that people can enjoy.”