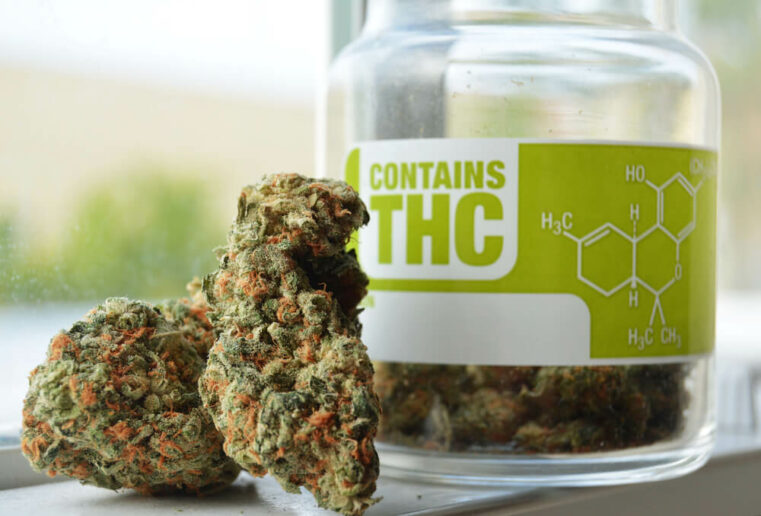 Challenging the Definitions of Medication

More and more people are turning to cannabis for relief instead of prescription or over-the-counter medications. Recent studies show that legal access to medical weed in the United States is effectively and significantly reducing the number of prescriptions filled and also the amount of related insurance costs incurred yearly.

Using data of all prescriptions filled by Medicare Part D subscribers from 2010 to 2013, it was found that the rates of prescription drug use fell dramatically in states where medical marijuana is an option. The overall reduction in political spending was estimated to be $165.2 million/year in 2013, which means that medical cannabis is significantly changing the landscape of conventional medicine.

Pain, whether physical, mental, or emotional, takes a toll on all of us. It breaks us down and makes even the thought of living sometimes really really hard. Historically speaking, we have an ache or a pain; a doctor checks it out and hands us a prescription that will solve all of our problems.

While that seems like a perfectly good idea, unfortunately, it’s just not that simple. The prescriptions offered are synthetic drugs, which are created, tested, and approved by large corporations and other governmental bodies that aren’t always thinking with the individual’s health in mind.

Another article, published in 2016, offers insight into the discussion of whether or not substituting cannabis for prescription drugs, alcohol, or other illicit substances can play a part in harm reduction about these three substance categories.

After working with a test group of 473 individuals who use cannabis for therapeutic purposes, the answer was a resounding ‘yes’.

This shows that, of the test group, 87% of the people chose to consider using marijuana as an alternative, arguably demonstrating that more than half of patients who already have access to medical and therapeutic cannabis rely on it for relief rather than any other prescription or over-the-counter medication.

Another article, published in 2016, suggests that the use of medical marijuana for the treatment of chronic pain may have specific benefits on the user. Among the participants in this study, which included 244 medical cannabis patients in the United States between 2013 and 2015, there was a 64% decrease in opioid use and a decreased number of side effects of medications, which helps improve general health.

Here are five different types of prescription and over-the-counter medications that are being replaced with medical marijuana.

Anti-anxiety drugs, such as Xanax and Valium help people regulate their ability to deal with difficult situations, stress, and anxiety. Alternatively, marijuana possesses the same abilities and delivers them naturally. Cannabinoids active in marijuana effectively attached themselves to various receptors in the brain help reduce anxiety, nervousness, and tension. Indica strains are generally recommended because they relax the brain and body.

Painkillers such as Vicodin and Oxycodone are powerful medications that, when not regulated, can be abused, leading to health issues, addiction, and even death. Between 1999 and 2014, the sales of prescription painkillers (opioids) quadrupled in the United States, and along with that, a dramatic increase in overdoses.

Marijuana is an extremely effective treatment for pain and has been proven to actually “distract” the brain from recognizing its pain receptors. THC, a psychoactive cannabinoid found in marijuana, affects the emotional reaction to pain and helps the patient handle chronic pain differently and more organically. It is also a natural alternative to other prescription medications.

Adderall, Ritalin, and other amphetamines that are often prescribed for various mood disorders such as ADD and ADHD. Usually discovered early in life, these disorders can follow you through life and prevent you from living your life to the fullest. Mood swings, depression, and anxiety are all common side effects, as are impulsivity, inability to sit still, and lack of concentration.

The cannabinoids present in marijuana can increase the dopamine concentrations in the brain and can activate dopamine neurons, helping to regulate and balance levels so that the patient can focus and concentrate more easily. Sativa strains, known for their uplifting and euphoric effects, are often recommended for those living with chronic mood disorders.

Anti-depressants, such as Zoloft, are prescribed for all kinds of issues, from sadness to moodiness to depression. Not only are anti-depressants very heavily used, but they are often abused, leading to addiction and worse.

Marijuana helps restore better endocannabinoid function and helps stabilize mood swings, which can lead to a more positive outlook on life. Sativa strains like Jack Herer, Cinex, and Sour Diesel are helpful, as are some Indica hybrids that have a balanced indica/sativa ratio.

Sleep is necessary for all of us to maintain a healthy lifestyle. For many, it’s as hard to find as a four-leaf clover. Sleep aids such as Ambien or Lunesta are often prescribed for many who consider themselves “insomniacs” so that they can get a good night’s sleep. Unfortunately, these medications all have side effects that can be detrimental to your health.

Marijuana is an effective treatment for sleep disorders. Indica strains, in particular, have sedative and relaxing effects on the brain and body, allowing the user to get much-needed, regenerative sleep. Strains such as Granddaddy Purple, Afghan Kush, Northern Lights, and 9 Pound Hammer are all famous indicas that contain Myrcene, a terpene known to promote feelings of sleepiness, making it easier to get some rest.

Simply put, people all over the world are choosing an alternative to conventional medications, and that alternative is medical marijuana. Rather than run the risk of accidental dependence and, even worse, physical or mental addiction to synthetic drugs that are detrimental to everyone’s health, people are beginning to choose their well-being over current governmental regulations and are taking steps to incorporate cannabis into their lifestyle.

6 responses to “Five Prescription Drugs that People Replace with Cannabis”