Will the Real "Gateway Drug" Please Stand Up 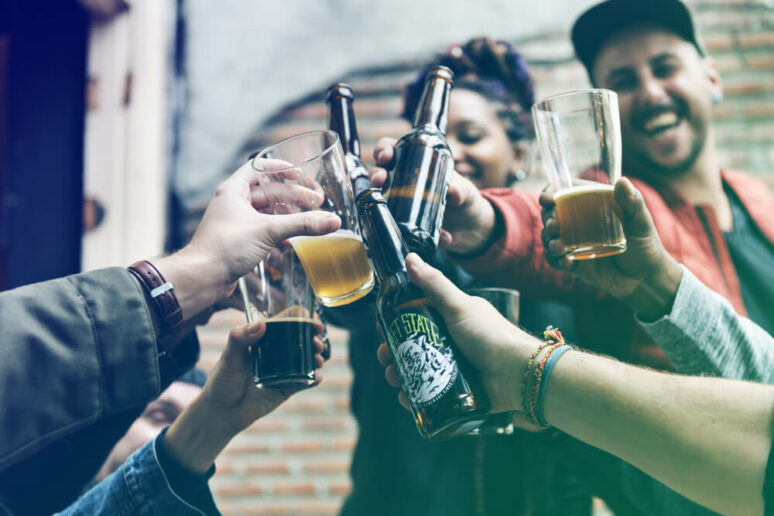 Will the Real “Gateway Drug” Please Stand Up

Cannabis is a gateway drug. We’ve all heard it before, and many detractors of cannabis have used this “fact” to prevent the legalization for recreational and even medicinal use. But is it really a fact in the first place? Is cannabis really a gateway drug – or is there another, much more powerful gateway drug hiding right under our noses?

The Reefer Madness era successfully and thoroughly demonized cannabis, despite its many medicinal properties. Anti-cannabis propaganda disseminated over decades conditioned the minds of people to think that cannabis was not only a gateway drug, but also the cause of hit-and-run accidents, rape, murder, theft, robbery, and suicide.

Sadly, many believed this propaganda. What used to be widely seen as a medically-valuable plant was quickly reduced to nothing but an evil drug, which caused people to commit heinous crimes and acts of lasciviousness. Because of this anti-cannabis propaganda, millions of patients were denied of a powerful medicine.

Gateway drug theory, which may be more accurately named “progression hypothesis”, is the idea that use of certain psychoactive substances can “open the gate” to later interest in and use of “harder”, more dangerous and addictive drugs. Psychoactive substances that are typically considered to be gateway drugs include alcohol, nicotine and cannabis – but all too often, we find that the supposed dangers of cannabis are highlighted ad infinitum by the media while those of tobacco and alcohol are downplayed.

A Study to Dispute Cannabis as the Gateway Drug

One recent study goes some way towards refuting this assumption by suggesting that cannabis isn’t a gateway drug, that if there’s one drug to blame most of all for the progression from “mild” to “hard” substance abuse, it’s alcohol.

Researchers at the University of Florida used data collected via a survey entitled “Monitoring the Future”, which was conducted by the University of Michigan. This survey tracked drug use trends over time among youths. Using a nationally-representative sample of 14,577 12th-grade students (high school seniors) from 120 schools (both private and public), the researchers analyzed the youths’ initiation to drugs, including alcohol, cannabis, and tobacco, using a Guttman scale.

Clearly, these findings suggest that alcohol is a far more powerful and problematic gateway drug than cannabis.

Faced with this new data, the researchers cautioned schools and public health officials to look into alcohol abuse and its potential impact on the use of licit and illicit drugs. Alcohol, the study concluded, should be given primary attention when it comes to substance abuse prevention programs conducted by schools, and that prevention efforts should be made to address alcohol use in adolescents.

Cannabis has many medicinal benefits and relatively little risk, but it remains illegal in most places and is still surrounded by social taboo. On the other hand, alcohol is not subject to legal restrictions in most of the world, and social attitudes towards it are far more forgiving, despite the high risk of addiction, abuse and ill health. Yet again, the double standard is painfully clear.

One response to “Will the Real “Gateway Drug” Please Stand Up”