Why You Should Put a Coin in Your Grinder 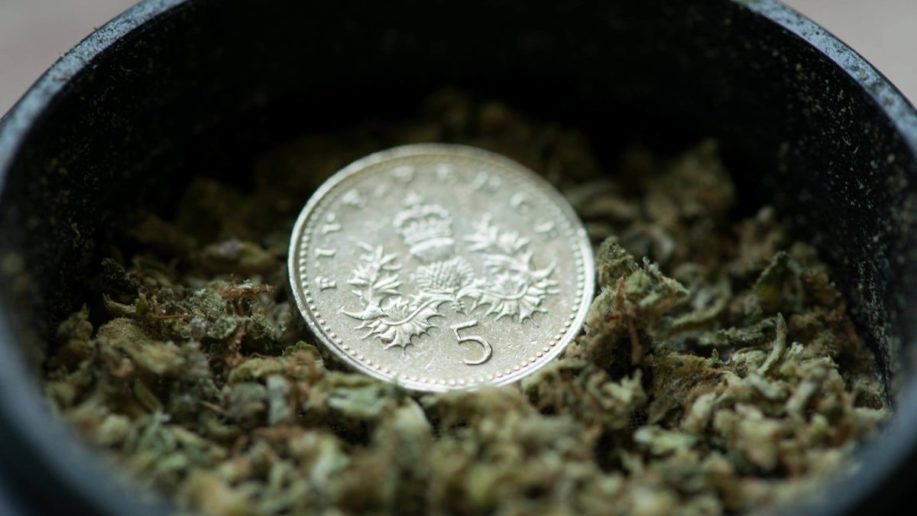 Why You Should Put a Coin in Your Grinder

Using a three-chamber weed grinder makes smoking weed all that much easier. The grinder is not only consistent; it keeps your hands and scissors free of sticky resin. A three-chamber grinder also has the added benefit of collecting kief.

For the uninformed, kief is the leftover crystallized resin, or trichomes, which fall off the flower during grinding. Here we are going to introduce you to a pro-tip to kief collection: put a coin in your grinder.

Why Do You Want to Collect Kief in the First Place?

Normally, in a non-kief compatible grinder, the kief remains firmly attached to the ground weed. It’s also known to clog up the gears, making your grinder more and more difficult to open.

Purchasing a three-chamber grinder helps reduce the risk of grinder gunk, but it also steps up your overall weed game. There are many relatively inexpensive grinders on the market with a chamber specially designed to sift the trichomes out from the ground up cannabis.

Whole buds go in, finely ground weed and separated kief come out. There is more to the kief story, but we’ll save that for another article.

Kief itself is primarily made up of the many medicinal terpenes and cannabinoids shaken off the microscopic trichome hairs during the grinding process. Although the weed itself will still contain all these same compounds, the kief is a neatly concentrated collection of them.

Collecting kief is a great way to get all the benefits of concentrate, without the use of solvent and without shelling out tons of money. It’s a cheat code for unlocking some of the most powerful properties of your weed.

Over time, a three-chamber grinder slowly collects kief in the secret third chamber. But did you know about the simple weed hack to get even more kief out of your next grinder? Next time, we recommend putting t a coin in your grinder.

Put a Coin in Your Grinder?

Up your kief game with this one simple trick. Unlike other weed hacks, it won’t break the bank and doesn’t require much tinkering or DIY know-how.

Grinder: grab a relatively large three-chamber grinder. It can already be caked full of kief, or brand spanking new. If you want to see the full effect, however, we recommend cleaning it out first.
Weed: Grind your weed as you would under normal circumstances. The more, the merrier; it will continue to add more kief into the collection chamber.

Freeze: Open up the grinder’s second chamber, where all the perfectly ground weed collects. Place a coin in the center. A penny or nickel is the right size and weight. Screw the grinder back together and place it in the freezer for 20 to 30 minutes.

Shake: Once the grinder and its full contents are chilled, remove it from the freezer. Shake the grinder vigorously for a few seconds. You can also slide the grinder back and forth across the table if your grinder happens to have a magnet on the inside. This method ensures the penny doesn’t merely stick the magnet but instead agitates the weed.

Kief: Open up the third chamber of the grinder, and you’ll quickly realize the power of putting a coin inside your grinder. More kief than ever before will have collected nicely in the collection chamber. Even with one quick grind, you’ll notice a significant amount of kief starts to build. Use the small kief spatula that came with your grinder to remove it from the collection chamber. A guitar pick makes a perfect alternative if you’ve misplaced the tiny tool.

Why You Need to Put a Coin In Your Grinder?

The combination of cold hard metal and coin does improve your kief harvest. By placing the entire grinder in the freezer for half an hour, the sticky trichomes find it much more difficult to stick to the screen and the edges of the grinder.

Also, using a cold hard coin to agitate the finely ground marijuana, shakes further kief loss. It’s essentially a tiny hammer pounding out the valuable kief from all the nooks and crannies. For a quick hack that only costs you a nickel (or a penny), you’ll very quickly reap the benefits even after your first grind.

What To Do With Your Kief?

After you put a coin in your grinder and grind out enough bud to have a tasty collection of kief – then what? What can you do with kief? Consider kief like the piece de resistance of any smoke. It’s like the final sprinkling of sea salt over a fine steak.

If you’ve only got a tiny bit of kief collected, why not sprinkle it over a joint before rolling it up. You can also add it on top of weed packed into a bowl. For those that prefer to smoke spliffs, a joint mixed with tobacco, kief also is a perfect alternative to sprinkle over the tobacco.

For very serious kief enthusiasts, they may wish to take their kief collection to the next level by pressing it into hash. This requires a bit of patience while the kief collects. Other smokers may prefer to cook with it or turn it into cannabis vape juice. The possibilities are endless.