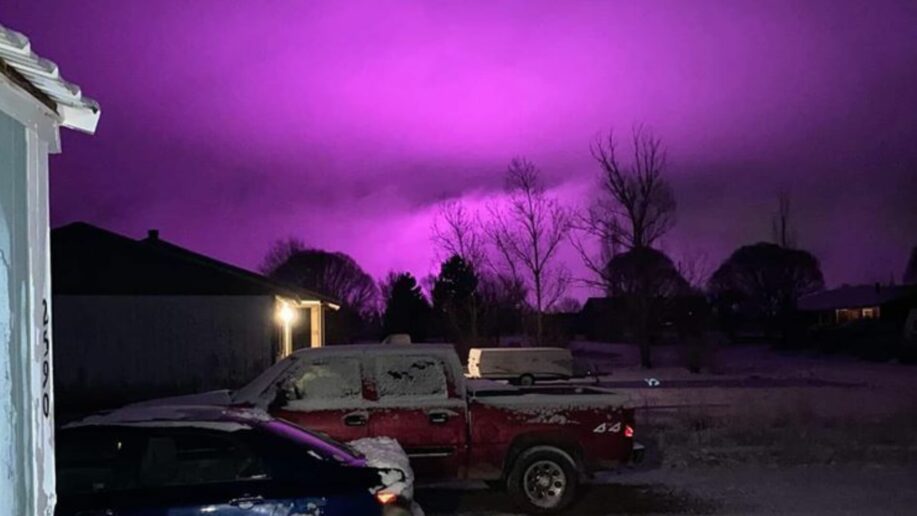 People living in Snowflake, Arizona, got an awe-inspiring surprise over the weekend. Early Friday morning, citizens of the small town woke up to a bright purple sky and a view you’d normally only get at the North Pole or maybe after smoking purple weed.

Navajo County, where Snowflake is located, uploaded a stunning photo taken by resident Cara Smith to its Facebook page, showing the incredible shades of pink and purple across the clouds in the sky.

The most amazing part: the mega-light show was caused by the UV lights from a nearby medical marijuana farm. Thick clouds and a snowy white blanket enhanced the glow even more, giving this little town a magic morning.

“The purple glow is a result of UV lights from nearby medical marijuana farm Copperstate Farms and the snow clouds overhead,” the post said.

Medical marijuana has been legal in Arizona since 2010, when Proposition 203 passed with a razor-thin majority of 50.1% of the vote. The state also tried to legalize recreational weed in 2016 but failed with 48.7% of the vote.

A new attempt at making weed completely legal is apparently in the works for this year. Let’s hope it passes so people can properly enjoy the purple glow in the sky next time around.