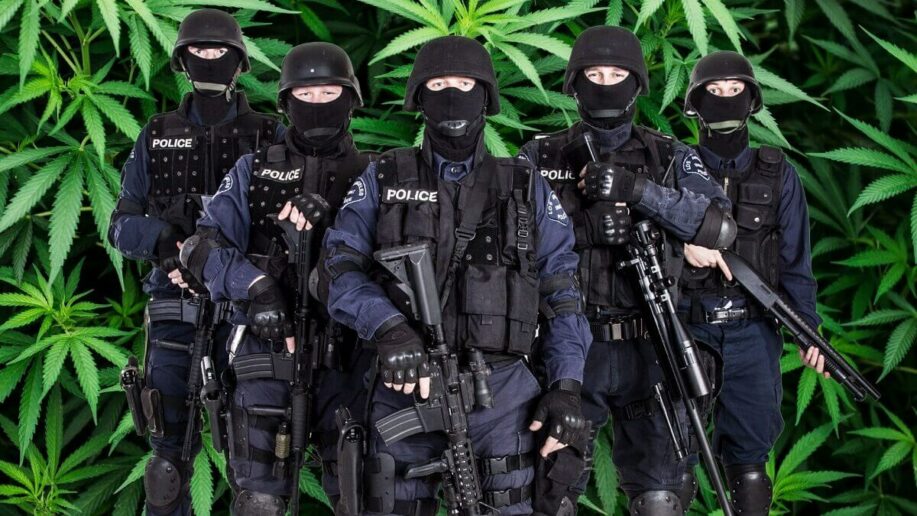 By International Highlife May 10, 2020
News Police

Sometimes, if you just have faith, dreams can come true. Like that one day, cops will pay us for the weed they took from us, or at least, for raiding our houses. That dream is being realized (on our behalf) by one Kansas couple, eight years after police raided their home because of some tea leaves they found in the trash.

According to the Associated Press, Robert and Adlynn Harte of Leawood (a suburb of Kansas City) have settled for $150,000 in their federal lawsuit against Johnson County Sheriff’s Deputies, ending seven years of legislation that followed the 2012 raid. The couple had initially sought millions of dollars in damages for trespass, false arrest, assault, and outrageous conduct that caused them severe emotional distress.

How exactly did this 2010s version of Inherit the Wind begin? Well, it all started just like countless true crime stories – when a father and his two young children decided to buy supplies for a hydroponic tomato-growing project.

Unfortunately, on that same August 9, 2011, Missouri Highway Patrol officer Sgt. James Wingo (lol) was waiting in the parking lot of the gardening store, watching for people who might be buying supplies for indoor marijuana growing operations, according to KCUR. Or, in other words, any and all of our readers who have been to a hydroponic-gardening store. 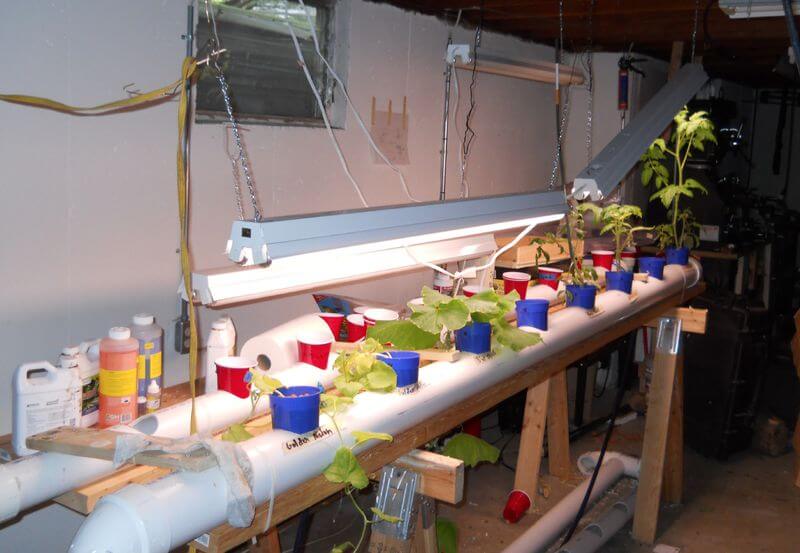 This was the sophisticated “marijuana grow operation” police were able to break up. (Photo: court evidence)

According to a hearing in the couple’s 2017 appeal to the United States 10th Circuit Court of Appeals, a year before the raids, the Sheriff’s Department carried out an investigation referred to as “Operation Constant Gardener.” This is also the name of a 2005 thriller starring Ralph Fiennes and Rachel Weisz, based on the John LeCarre novel of the same name. This operation (in Kansas, not the movie), involved raids on dozens of marijuana grow rooms (and one tomato grow!) and it was carried out on April 20, 2011, which according to the appeal was “a date that Trooper Wingo described as the marijuana enthusiast’ version of Christmas.”

The same court document states that in February 2012, a sheriff’s deputy asked Wingo if they had enough evidence for another 4/20 raid, and this left Wingo, arms akimbo, scramblingo to find suspects. Sheriff’s deputies then took details Wingo had written down about the Hartes — but did not bother to do a background check in which case they would have seen that he and his wife had no criminal background, but did both have long CIA careers with top-secret security clearance.

This was when police began going through the family’s trash – three times in two weeks – to find evidence of a marijuana grow house. On April 10, the crack team of Kansas investigators found some “wet plant material” and had it field-tested for THC, obtaining a positive result.

Neither this material nor another batch from a week later was photographed or sent to the lab for further testing. The “wet plant material” was nothing more than loose tea leaves, which Adlynn was fond of drinking, just like any cartel boss.

On 4/20, 2012, at 7:30 am, seven deputies arrived at the Hartes’ house, where the couple was at home with their two kids aged thirteen and seven. The deputies had bulletproof vests and guns, “and flooded the foyer before Harte could say anything. One deputy carried an AR-15 and the others carried pistols. All had guns drawn and pointed down in the “low ready position,” according to the affidavit from the couple’s 2017 appeal to the 10 US District Court of Appeals.

The family’s two children were ordered to sit cross-legged against the wall, as the officers moved with guns drawn throughout the house. After turning the house upside down and finding nothing, officers suddenly discovered a faint smell of cannabis in one part of the house.

A drug dog was called — but smelled nothing. The cops then “strongly suggested” that the couples’ 13-year-old son was a drug user and be taken for counseling.

The court document does not indicate if any members of the Hartes family were seen trying to frantically flush tomatoes down the toilet.

Still high after this major “bust,” that day, the Sheriff’s Office issued a press release and held a press conference, where they announced that they hadn’t found any grow houses in their raids that day, but stood in front of a pile of marijuana plants anyway.

Privately, the sheriff’s admitted their disappointment and lamented that the marijuana was brewed, loose-leaf tea that had tested false-positive two times for THC, according to the 2017 court document.

Though in 2015 the federal district judge who heard the case ruled that police did have probable cause, in the 2017 appeal to the US 10th Circuit Court of Appeals of the original ruling in Harte v. Johnson County Board of Commissioners, Circuit Judge Lucero Phillips makes his feelings very clear about what he thinks of the investigators in the case.

“Law-abiding tea drinkers and gardeners beware: One visit to a garden store and some loose tea leaves in your trash may subject you to an early-morning, SWAT-style raid, complete with battering ram, bulletproof vests, and assault rifles. Perhaps the officers will intentionally conduct the terrifying raid while your children are home, and keep the entire family under armed guard for two and a half hours while concerned residents of your quiet, family-oriented neighborhood wonder what nefarious crime you 4 have committed. This is neither hyperbole or metaphor—it is precisely what happened to the Harte family in the case before us on appeal.”

In the appeal hearing, Lucero also wrote that field tests for drugs “do not meet this standard of reliability. One study found a 70% false positive rate using this field test, with positive results obtained from substances including vanilla, peppermint, ginger, eucalyptus, cinnamon leaf, basil, thyme, lemon grass, lavender, organic oregano, organic spearmint, organic clove, patchouli, ginseng, a strip of newspaper, and even air. As demonstrated by this litigation, caffeine may now be added to that list. A 70% false positive rate obviously flunks the reliability test.”

Despite Lucero’s harsh words for the officers, after the appellate court judges reversed the 2015 ruling, the case proceeded to trial, where a jury ruled against the Hartes. They then appealed again and won.

What is the moral of this story? Know your rights and never give up if you have a good case against the police.

But mainly? Don’t drink tea or buy gardening supplies unless you want to be visited by armed officers who watched too many action movies.