People In Florida Are Bleeding Uncontrollably After Smoking Synthetic "Weed" 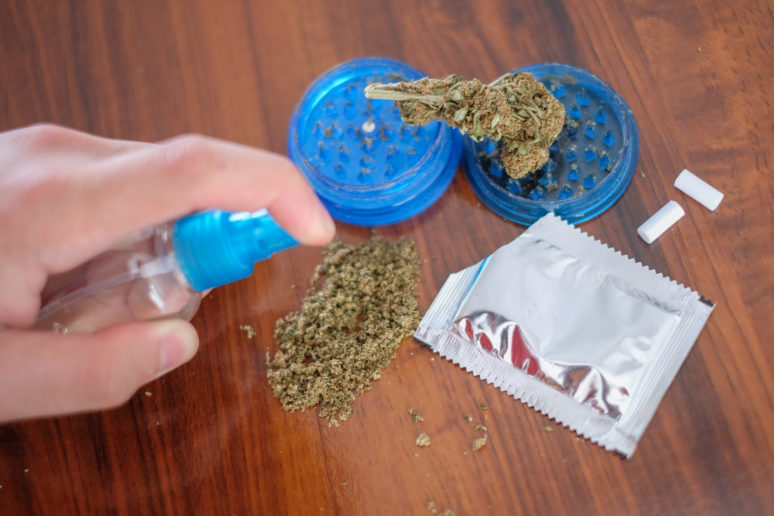 Nearly 40 people in the Tampa Bay area in Florida have developed severe bleeding after using synthetic weed, or “spice,” that they bought from dealers in the region.

Spice — also known as K2, among many other names — contains herbs, such as bay bean, that have been sprayed with synthetic cannabinoids intended to mimic the effects of THC (tetrahydrocannabinol), the psychoactive ingredient in cannabis, when smoked, according to Florida’s Poison Control Centers. Most of the common active ingredients used in synthetic marijuana are illegal to buy, sell or possess in the United States, per the Poison Control website.

In Hillsborough County, Florida, cases of severe bleeding linked to spice use began cropping up in early December, according to a Dec. 6 Facebook post shared by Florida’s Poison Information Centers. The most recent cases were reported Monday (Dec. 13), and tests indicated that some of the spice was contaminated with a rodenticide, or a chemical used to kill rats and mice, 10 Tampa Bay reported.

It’s unclear how the spice became contaminated or for what purpose if any.

“So the commonality is that [the patients] are admitting to smoking ‘spice,’ or synthetic cannabinoids, and we’ve had laboratory confirmation that at least some of the samples we sent out are contaminated with rodenticide,” Alfred Aleguas, co-managing director at the Tampa Florida Poison Control Information Center, told 10 Tampa Bay.

The rat poison identified in the spice is an anticoagulant, meaning it interferes with blood clotting, Aleguas said. “So if you happen to cut yourself shaving, then you know how that would usually clot in a minute or two? It would bleed for hours,” he said in an interview with News Channel 8. Those affected by the recent poisonings have reported bruising, nosebleeds, bleeding gums, heavy menstrual bleeding, vomiting of blood, and blood expelled in their stool or urine, 10 Tampa Bay reported.