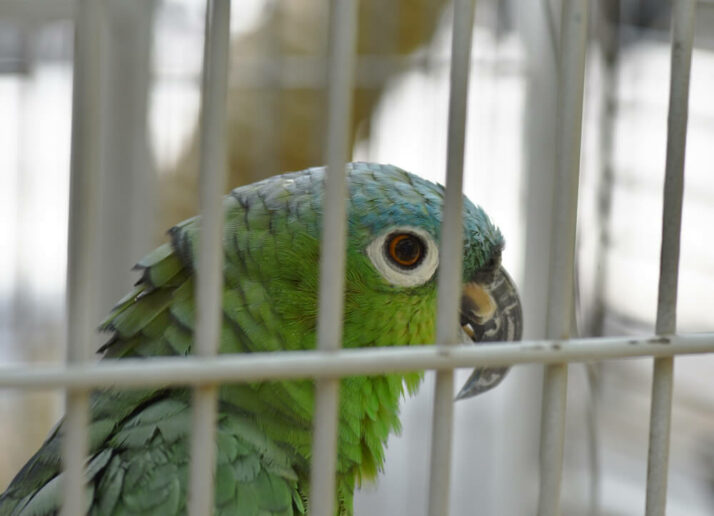 Police detained a parrot that authorities say was trained to alert drug dealers to the presence of police.

Brazilian news reports spotted by The Guardian Wednesday detailed the parrot’s seizing, which went down amid the Northern Brazil raid of a property where a couple was accused of selling crack. The parrot has not been named in reports but is said by regional police to have been trained by the suspects to shout about cops’ looming presence in the Vila Irmã Dulce community.

“So far [the parrot] hasn’t made a sound … completely silent,” a local reporter said of the bird, who’s said to be “super obedient.”

According to a separate report from The Washington Post, the phrase the parrot is alleged to have been taught to shout translates to “Mama, police!” The parrot was initially taken to the Teresina Police Department before later being transferred to the care of an area zoo. The couple, described as a “man and teenage girl,” were arrested. The suspects’ legal rep, meanwhile, has disputed police’s allegations regarding the parrot.

Previous incidents of similarly involved animals being seized during drug busts include a stateside raid back in February that resulted in the discovery of an alligator called El Chompo. The young gator was found in the kitchen of a home roughly 40 miles outside of Philadelphia, where police executed a search warrant that ended with heroin, crack, and suspected fentanyl being seized.

“When we execute a drug search warrant, we never know what we will find . . . On this day, it was an alligator,” Chester County DA Thomas Hogan accurately told ABC News at the time.