Pakistanis Are Smoking Scorpions To Get High 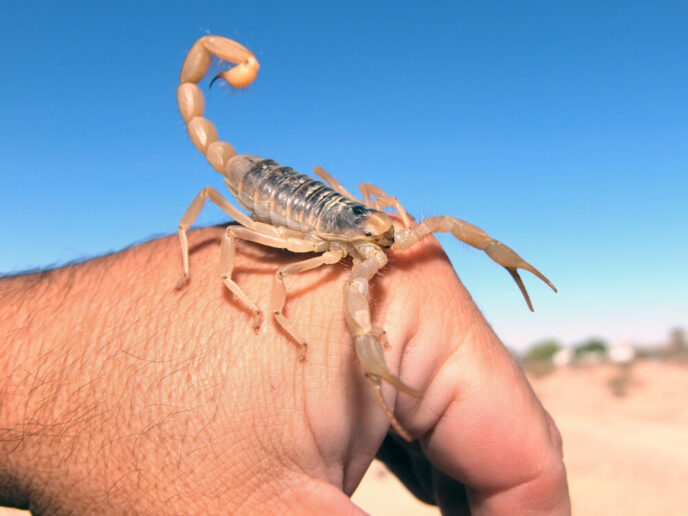 Pakistanis Are Smoking Scorpions To Get High

Adventurous people who see something new and think, “can I smoke that?” have forever explored new frontiers in how to get their daily high, but in Pakistan, they’re taking it to a whole new level by smoking scorpions. That’s not slang, that’s scorpions – as in actual venomous arachnids. In an interview with the Dawn newspaper, 74-year-old former addict Sohbat Khan says that he was smoking scorpions as far back as the 1960s, but the trend seems to be making a comeback. Local authorities report that it’s growing in popularity in Khyber Pakhtunkhwa near the Afghanistan border, and scorpion smokers can be found in other parts of South Asia as well.

The experience of smoking scorpions does not sound entirely pleasant, to go by Khan’s account, but apparently, the effects were strong enough that he was only able to kick his scorpion habit by replacing it with a different kind of addiction: opium. He would hunt for scorpions around his village near Peshawar or buy them from a vendor for one or two rupees apiece, then burn them alive on a coal stove and inhale the smoke coming out of the fire. The tail, containing the potent venom, could then be smoked in a cigarette with tobacco and hashish or in a nacha pipe. According to Khan, the high would last for ten hours, starting with a painful adjustment period lasting several hours before settling into a more pleasant sensation marked by mild hallucinations where inanimate objects would appear to be “dancing.” In parts of India, some users dispense with the smoking part and get high just by letting the scorpions sting them, paying scorpion handlers more than one hundred rupees for each sting.

The Lows of Getting High on Scorpions

If you’re looking for a safe high, smoking scorpions or letting them sting you probably isn’t the way to go. There are at least twenty five scorpion species whose sting can be deadly to humans. Dr. Azaz Jamal, a medical officer at the Khyber Teaching Hospital, says that smoking scorpion venom can be harmful to the human brain, causing short and long term memory loss, sleep and appetite disorders, and a chronic delusional state. However, there’s not much official research or data on scorpion smoking to go by, as the practice tends to be carried out in secret. It’s also possible that different scorpion species from other regions can have different effects when smoked. According to sources in David Macdonald’s 2007 book, Drugs in Afghanistan, a scorpion smoker from Kabul spoke of highs that could last as long as three days, causing severe headaches and strong visual hallucinations.

There’s one other danger of smoking scorpions that its users might not be considering, and that’s the threat to the scorpions themselves. Some Pakistanis, including Dr. Jamal, are advocating for laws to protect scorpions from being harvested and killed for use as recreational drugs, because scorpion venom can be used for medical purposes, such as medicines used to fight cancer and AIDS. In the meantime, with many of the more familiar ways of getting high still illegal in Pakistan, the scorpions might need to watch their backs.

2 responses to “Pakistanis Are Smoking Scorpions To Get High”