Pack Away Your Blowtorch – Dabbing Just Got A Whole Lot Easier

Okay boys and girls, it’s time for an unpopular opinion: the vast majority of dab rigs make the people smoking them look like crack junkies on steroids, and that’s a major reason keeping countless people from ever getting into dabbing.

You might agree with that statement or you might not, but it had to be said. When your main consumption method for weed includes a blow torch and heating up a glass banger to skin-melting temperatures, something is off.

Also, if you’ve ever spent just five minutes around stoned people, or being stoned yourself for that matter, you’ll know that handing somebody who’s high off their ass a blowtorch to get even higher might not be such an incredible idea.

If the process around getting high with concentrates is too much for you or if you’re simply looking for a better and simpler way to dab your favorite shatter, you’ve come to the right place.

But let’s back up for a second and take our newbie readers along for the ride. If you’re the kind of stoner that suddenly feels like modern stoner culture has passed them by, you’re not alone. The past five to ten years saw a massive change in the amount and quality of strains available and also the ways that people get high.

The jump from simple joints and bongs to vaporizers and dab rigs happened incredibly fast and there are no signs of innovation stopping anytime soon. Lucky for you, we’ve put together this handy guide to explain the basics of dabbing and how you can enjoy a dab in style yourself without keeping a fire extinguisher nearby.

So what is dabbing anyway?

If you’re already a veteran dabber, feel free to skip this part, everybody else, keep your eyes forward and listen up.

In the simplest terms, a dab is a single dose of highly-concentrated cannabis extract that is heated to a very high temperature and inhaled. The word ‘dab’ is both a noun and a verb in this context and describes the concentrate itself as well as smoking the concentrate, as in “I can’t wait to dab this new crumble I got, man.” (Technically dabbing is not smoking, but more on that later.)

Most dabs (that’s the cannabis concentrate) are a type of butane hash oil (BHO), a concentrate created by using a petrochemical solvent, but there are other extraction methods that use nothing but heat and pressure. There are dozens of different names for the various types of concentrates, including oil, honey, shatter, budder, wax, and many more.

Each of these names describes a different consistency of concentrate that varies from a hard, glass-like substance that can literally shatter, to a spreadable, honey-like drip.

Concentrates can be made from virtually any cannabis strain, and while just a few years ago you could only find dabs that some guy made in his backyard, today you’ll find dozens of different types and strains of concentrates in any self-respecting dispensary (in states where concentrate is legal, obviously).

So, why would anyone want to go through all this trouble instead of just smoking a nice sticky bud?

Dabbing weed is better than smoking it

Remember earlier when we said that dabbing isn’t smoking? That wasn’t just a way to get you to keep reading. To consume a dab, you must heat it to a high temperature, which will vaporize the concentrate.

So when you’re dabbing, you’re not actually inhaling smoke but a vapor. This reduces a significant level of organic particulate matter going straight into your lungs. While dabbing might look much more aggressive than smoking a joint, it causes far less damage to your lungs, and the vapor tastes absolutely delicious since it’s a concentrated reduction of the strain it was made from.

But that’s not where the benefits of dabs stop. The THC levels in concentrates typically range from 60 to 95%, and the hit you get is much quicker and stronger than a joint. That sounds super cool for getting high in a hurry, but it’s also very important for medical patients that want instant relief from whatever plagues them. 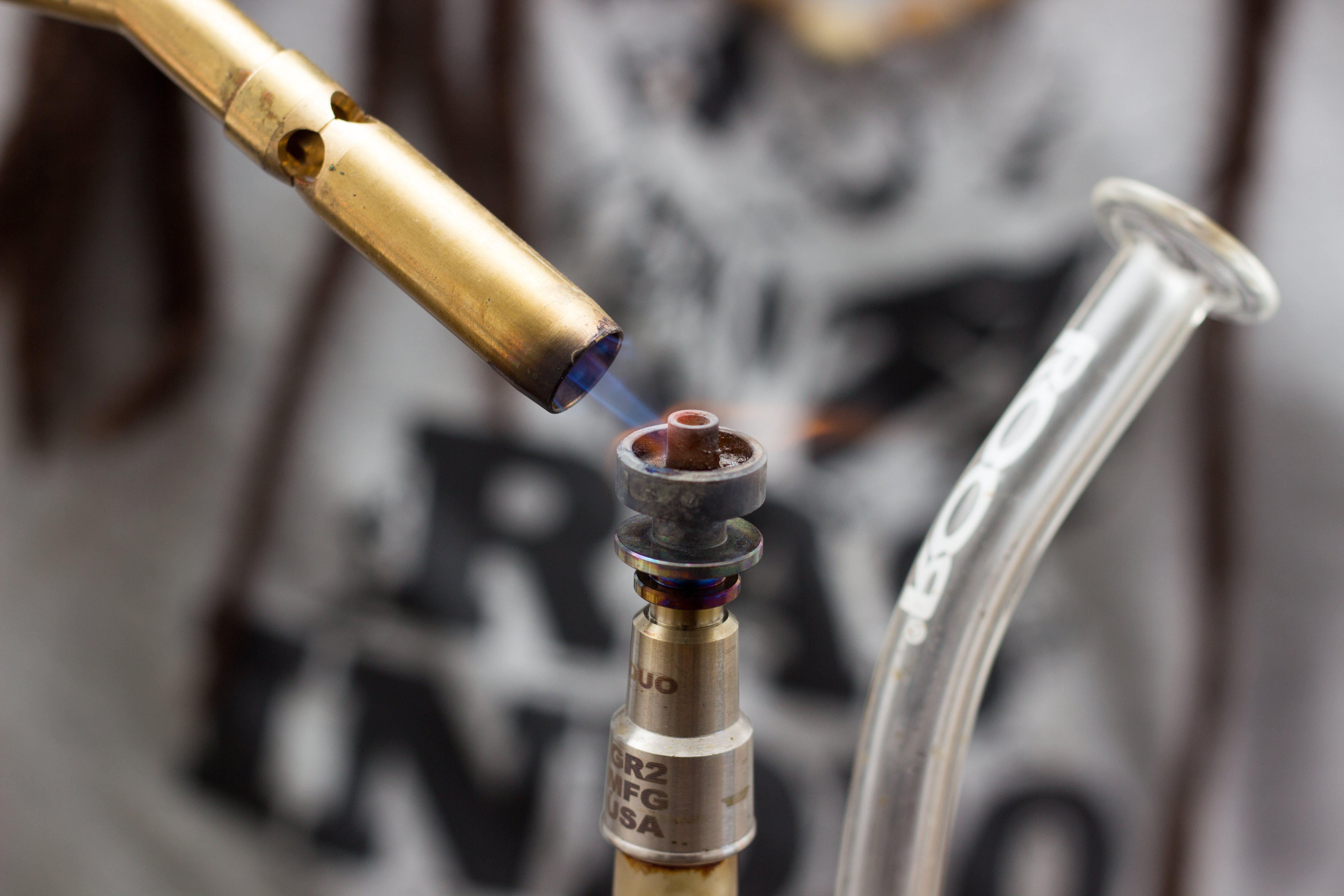 Without going into too much detail — we have other articles for that — dabbing is a bit of an involved process. You’ll need a dab rig (looks like a cool bong, but slightly different) with a nail or a “glass bowl” called a banger, a dab tool to collect your dab and drop it into the banger, and a blow torch. Yes, you read that right.

When you want to get high with dabs, you’re a pair of safety goggles away from a chemistry lab. The blowtorch is needed to heat the glass banger to the right temperature (this takes quite a bit of practice) in order to vaporize the dab without burning it. Do you understand that crack pipe imagery from earlier now?

Even if that’s not the part that bothers you, dab rigs are anything but portable. Like a normal bong, they need some water in their base, they’re breakable, and they definitely don’t fit into your pocket.

Is there a better way to dab? 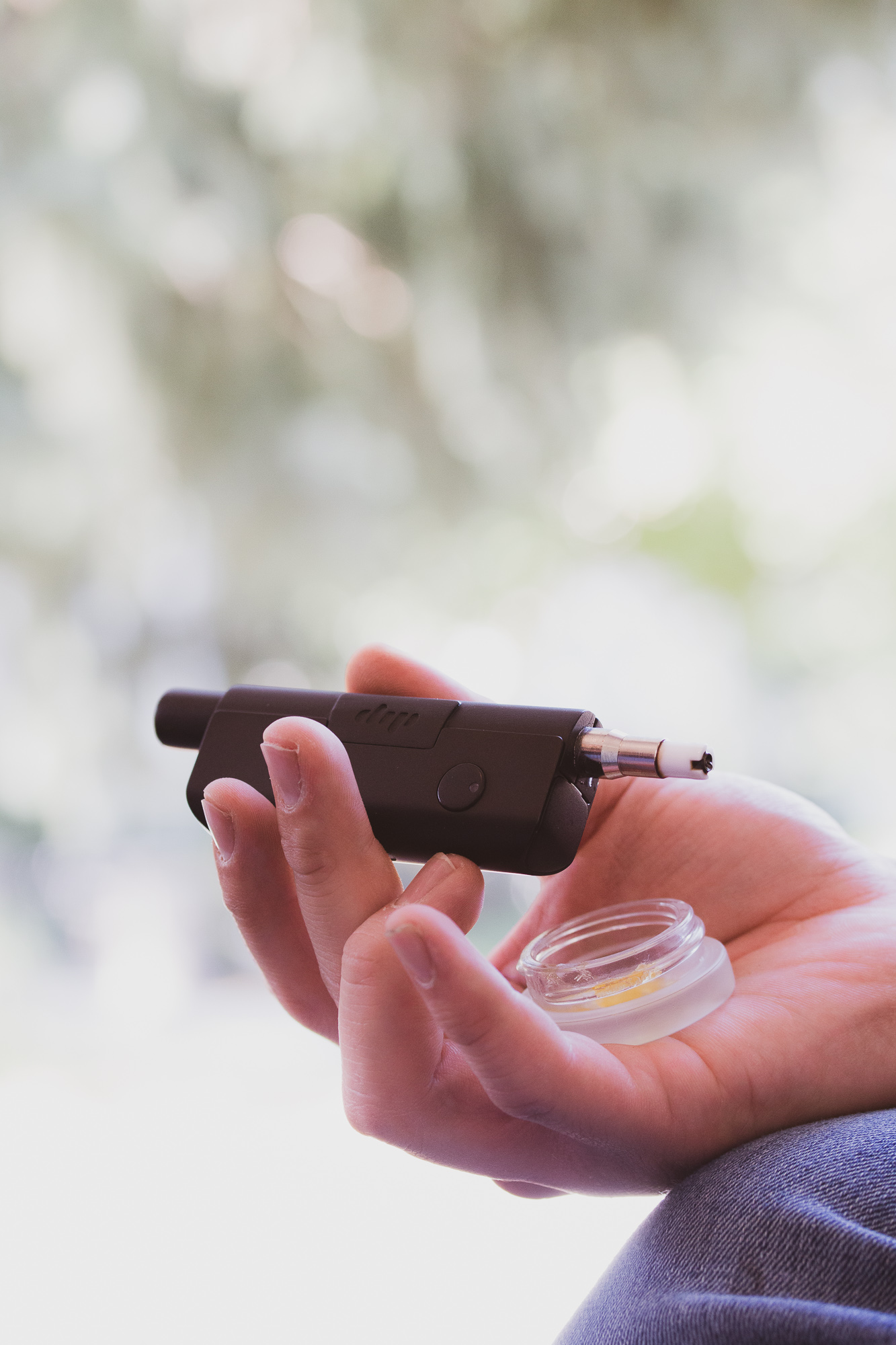 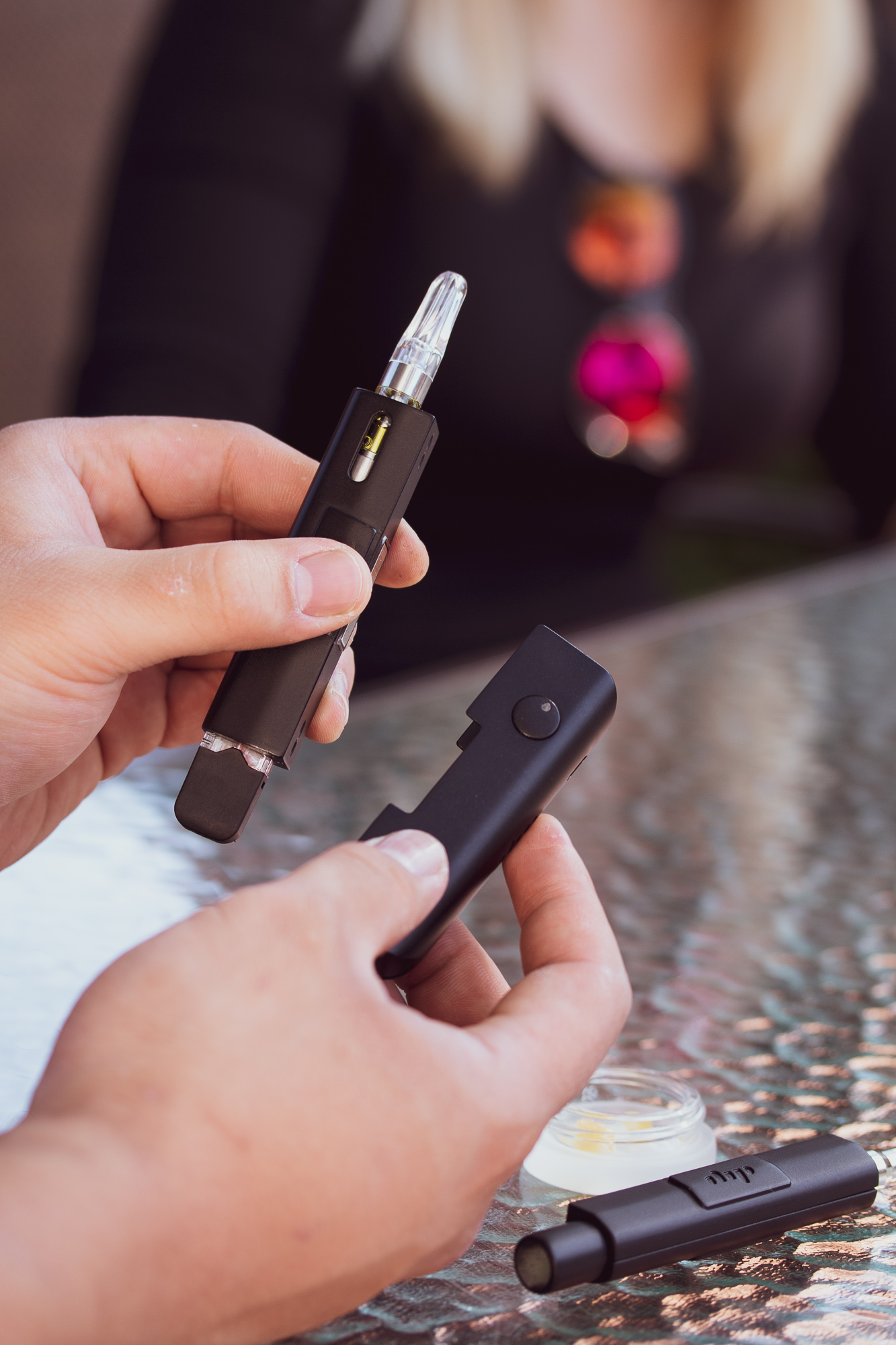 We’re glad you asked, and the answer is yes. Dip Devices, a company based in Denver, Colorado, has developed a really cool vape pen that comes with different magnetic attachments, basically turning it into a four-in-one device called the EVRI.

These attachments include the vapor tip – a torchless dab straw for almost instant concentrate consumption, and a dual-use, 510/pod attachment that is compatible with any 510 oil cartridge and with refillable e-juice pods, and a quartz crystal attachment that lets you pre-load concentrate into the EVRI and take it on the go.

And yes, we know what you want to say: “torchless dab straws aren’t new.” And that’s true, but even simple standalone electronic dab straws can easily cost you well over $100. The EVRI starter pack, however, which includes everything except the quartz crystal attachment, goes for only $69.99. That’s an absolutely insane value.

Best of all, EVRI is completely modular, so you can replace any part that breaks without buying an entirely new rig, and as new attachments become available, your EVRI can learn new tricks.

EVRI is a seriously great choice for concentrate newbies that have been scared away by the torches and crack-pipe-looking contraptions, as well as for dab veterans who want a fantastic tool to dab on the go.

However you end up using your EVRI, you’ll have the freedom to switch effortlessly between dabs and vapes and will likely gain new functionalities as the market evolves again.

To learn more about the EVRI and the rest of the Dip Devices lineup, visit the company site at dipdevices.com 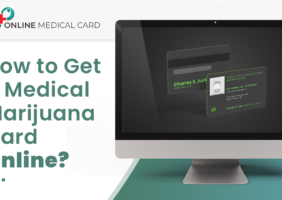 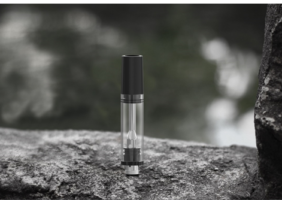