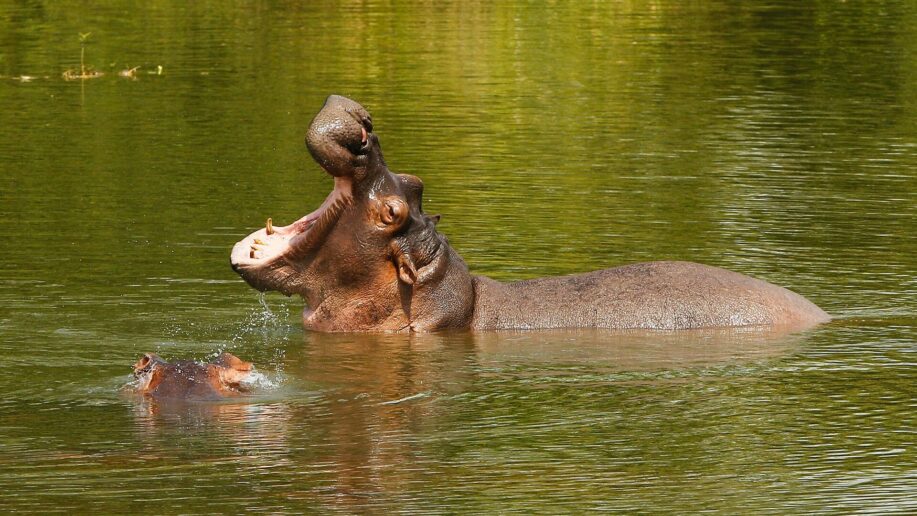 Anyone who’s seen Narcos should be aware that Pablo Escobar had a little bit of spare money lying around. Apart from smuggling drugs and killing people, one of Escobar’s many hobbies included his private zoo at his Hacienda Nápoles, fully stocked with anything from antelopes, elephants, and exotic birds, to giraffes, hippopotamuses, ostriches, and ponies.

After Escobar was killed by the Colombian National Police in 1993 (spoiler alert?), the Colombian government took control of his zoo but didn’t have the funds to take care of all the animals. They shipped most animals off to various zoos around the world but left the four hippos at the estate to fend for themselves.

• $2.3 Million Worth Of Weed Found In Shipment of Jalapeños In California

“Within a couple of decades, there could be thousands of them,” Jonathan Shurin, an ecologist with the University of San Diego, told National Geographic.

Hippos aren’t native to South America, which defines them as an invasive species. Hippos are fiercely territorial and drop literally tons of feces wherever they go, which can actually alter the chemistry of soil and rivers.

Solving the hippo problem, it turns out, is much more difficult than one would think. For one, hippos are absolutely massive and moving or castrating them is extremely dangerous and expensive. In 2009, one hippo was killed, which caused a huge public outcry.

But there is also an upside to nature’s tank taking over Colombia.

In a 2017 letter in the journal Perspectives in Ecology and Conservation, Jens-Christian Svenning, a biologist with Aarhus University in Denmark, said that the hippos might contribute “ecosystem services,” like carrying nutrients from land to water and keeping grassy plants maintained by eating them.

Scientists, such as Shurin, anticipate that having hippos to Colombia could repair the wide-scale ecological losses the region experienced over the past 20,000 years due to the extinction of “dozens of giant herbivore species.”

“The fact that there are wild hippopotamuses in South America [is] a wonderful story of survival, of agency, of pioneering,” Arian Wallach, an ecologist with the University of Technology in Sydney, told National Geographic.