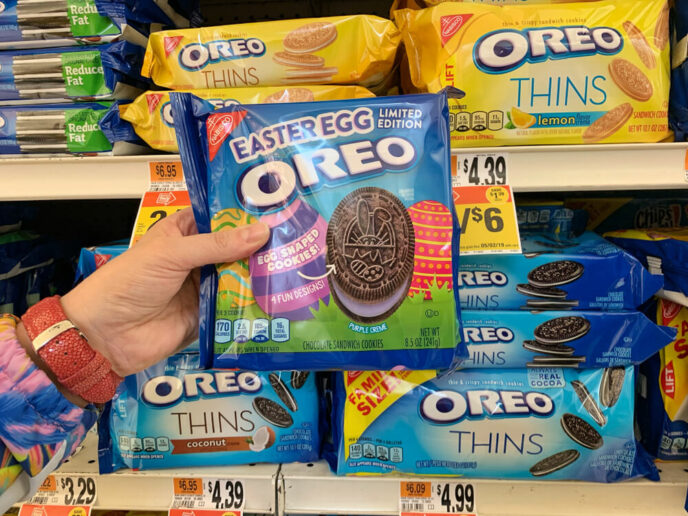 Although Van de Put dashed hopes that consumers would get CBD-infused Oreos, saying that the non-psychoactive compound in cannabis might not be a fit for the company’s family brands, the company could add the ingredient to other products or even create new product lines.

A number of start-ups have already started selling CBD-infused food and drinks, but larger companies such as Mondelez and Coca-Cola are still sitting on the sidelines while federal health officials weigh new rules regulating the industry. Van de Put predicted the ingredient will hit the mainstream food market in the “not-so-far future.”

In December, President Donald Trump legalized most products containing CBD when he signed the farm bill into law. Since then, retailers such as Walgreens and CVS have started selling a limited number of CBD products such as lotions and creams. However, the Food and Drug Administration prohibits adding the compound to food or beverages. In response to pressure from Congress, the regulator has set its first date for public hearings on the matter for next month.

The space is not clear. It’s a bit clearer in non-food products. In food products, I’m hoping that the FDA will bring some clarity in the coming months,

Professional chefs have named CBD- and cannabis-infused food as the top food trend of 2019. CBD, in particular, has been gaining buzz for health benefits, such as easing pain and managing anxiety. Little scientific research has been done to support those claims. Mondelez is also looking into those claims, Van de Put said.

If you want to make your own infused Oreo cookies at home (even better with THC), check out our recipe!