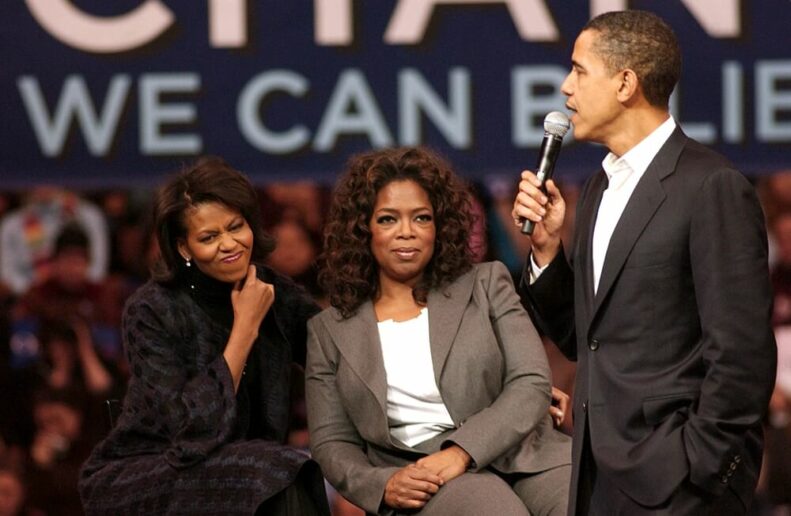 It really comes as no surprise that one of the most desirable and popular TV hosts in the world has admitted she likes to smoke a bit of weed now and then. And even though Oprah’s legendary show came to an end in 2011, she still finds herself busier than the average celeb.

But when she isn’t wowing crowds with her philosophical approaches to human relationships, her confidante and business partner Gayle King has revealed that she likes to relax with cannabis.

The topic arose when Gayle was being interviewed on the Ellen show recently. The two ladies were talking about Ellen’s legendary 60th birthday extravaganza, where the guest list included guests like Kanye West, John Legend and Kim Kardashian.

Ellen confessed that “there may have been some marijuana being smoked around the place,” and then told King that “Amy Schumer is set on smoking pot with you.”

King then responded with a confession that she had never tried a “marijuana cigarette” and shyly admitted that she considered herself to be a “total square.”

“Oprah has also smoked a little marijuana too, I don’t mind saying that,” she said. This obviously prompted Ellen to question King about her business partner’s love of ganja, but King demonstrated her loyalty to Oprah by politely changing the subject without answering the question.

Ellen’s attention then turned to discuss cannabis use in general and how they both feel about it. King bashfully admitted that she prefers to get high on life instead, which was met with a round of applause from the concerned mothers in the live audience.

And while there is no current confirmation from Oprah as to whether she still enjoys a sneaky puff of the sweet Mary Jane, during the series finale of the David Letterman show back in 2015, she did confirm that it had been thirty years since she smoked cannabis. Interestingly enough she gave the same figure when questioned about the topic in 2013. For now though, whether or not America’s sweetheart likes to indulge in marijuana as much as we love binging on her feminine wisdom, will continue to remain a mystery.