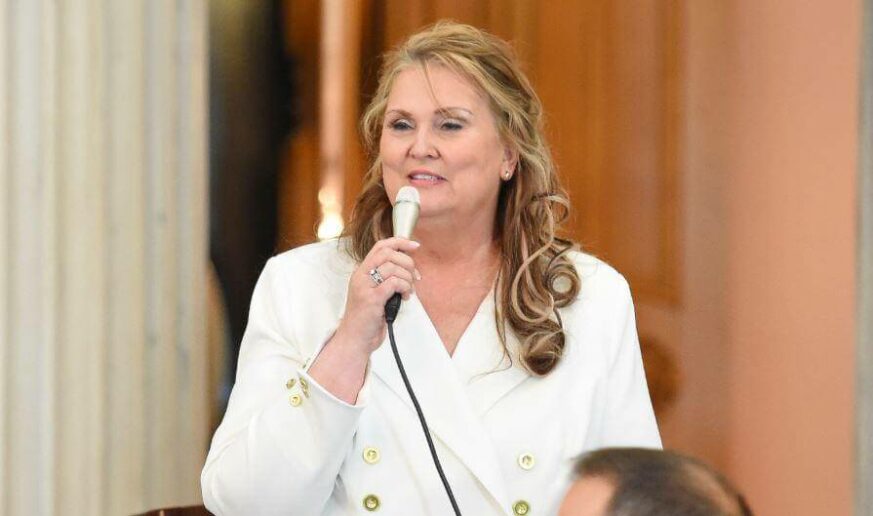 A representative from southwest Ohio posted to her Facebook that the blame for the Dayton shootings should be placed on gay marriage, recreational cannabis and former President Barack Obama among other things.

Rep. Candice Keller (R-Middletown) began her post by saying “liberals start the blame game” after every mass shooting and “why not place the blame where it belongs?”

“The breakdown of the traditional American family(thank you, transgender, homosexual marriage, and drag queen advocates); fatherlessness, a subject no one discusses or believes is relevant; the ignoring of violent video games; the relaxing of laws against criminals(open borders); the acceptance of recreational marijuana; failed school policies(hello, parents who defend misbehaving students): disrespect to law enforcement(thank you, Obama).” 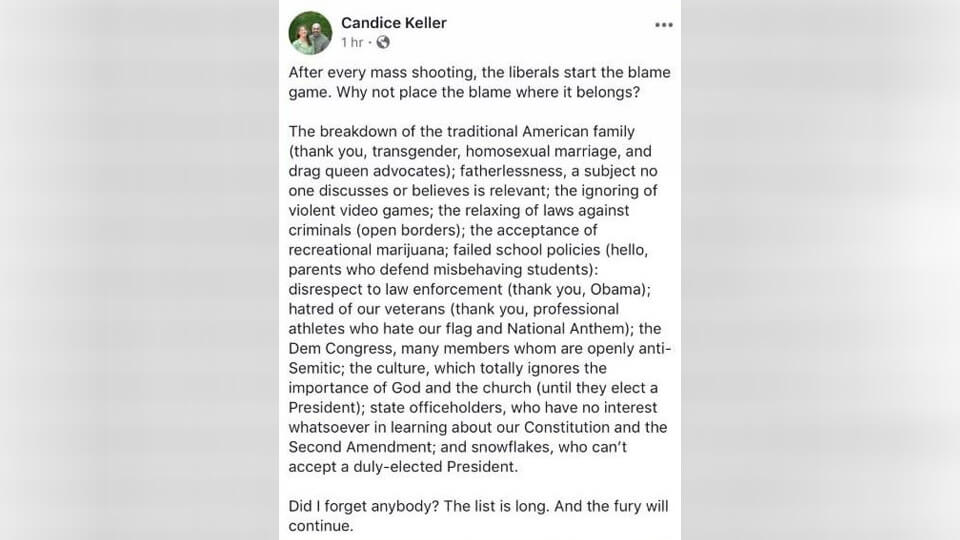 The post went on to blame professional athletes who ‘hate our flag and National Anthem’, Democrats in Congress, lawmakers who don’t value the 2nd Amendment and “snowflakes, who can’t accept a duly-elected President.”

Keller’s district is roughly 30 miles south of Dayton, where a gunman killed nine people before police killed him.