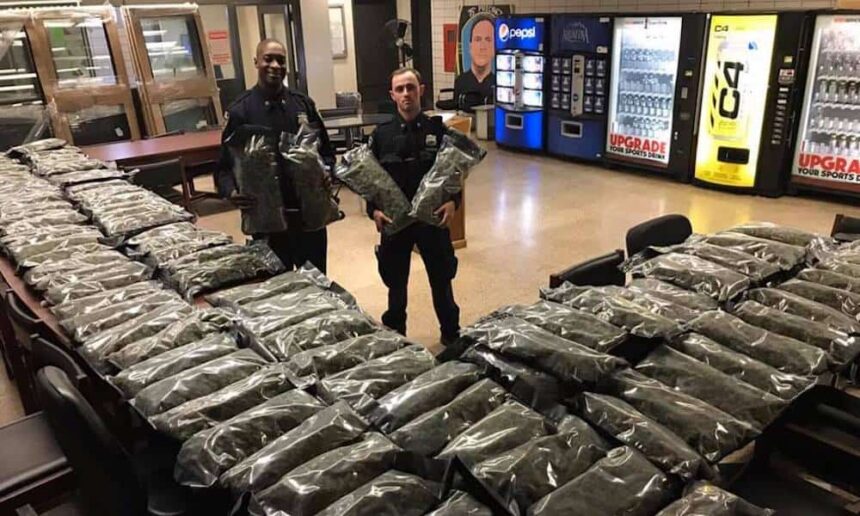 New York City police took a 106-pound shipment of cannabis off the streets. Soon after they did that, there are questions as to whether the packages were actually legal hemp and not weed.

And the possible mix-up has some Vermont farmers out thousands of dollars.

In the fields in New Haven, hemp farmers are racing to harvest the last of this year’s commercial crop. To get it dried and packaged for the market isn’t easy, and Jahala Dudley, of Fox Holler Farms, said he was pretty happy to get the 106-pound shipment out the door Friday night.

“Everything was fine,” she said. “We’ve done shipments with FedEx before, many times.”

Federal Express in Williston signed off and sent the shipment to Brooklyn, where someone apparently tipped off the NYPD. Officers quickly seized the shipment and arrested the representative for the buyer, a CBD store in New York City.

The police department then posted the news on Facebook and Twitter, congratulating their officers of the 75th Precinct for their relentless effort to keep 106 pounds of weed off city streets.

Officers Greenidge and Ganshaw from the @NYPD75Pct used precision policing and relentless follow-up, along with a great working relationship with @FedEx and other local law enforcement officials, to confiscate 106 pounds of marijuana that was destined for our city streets. pic.twitter.com/OnRyLsH90D

According to the farmer, the shipment is all legal, and that they did everything by the books. The farmers said they really tried to do everything the right way.

Hemp strains may look and smell just like cannabis. Growers say every box contained clear documentation and test results showing “undetectable levels of THC.” If the hemp contains less than 0.3% THC it is legal to ship to all 50 states.

An NYPD spokesman said Tuesday he was unaware of any mistake. Now, a shipment worth $17,500 sits in a police warehouse.

Dudley says a lawyer told her to make one change going forward — switch to the using the U.S. Postal Service.