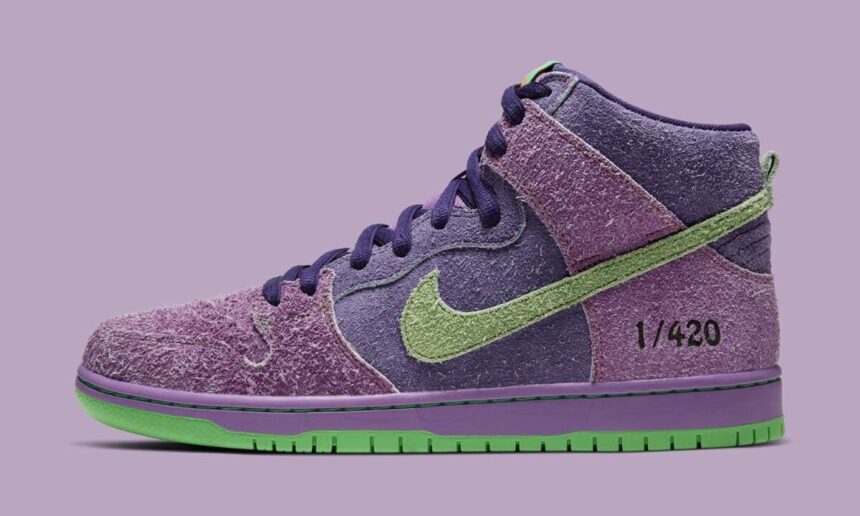 Nike Delays “Strawberry Cough” Sneaker Because of COVID-19, Gives us “Reverse Skunk” Instead

Any sneakerhead stoner that has been waiting for a special 420 surprise from Nike will be bitterly disappointed by the next few lines of text.

After teasing our socks off about a cannabis-themed red and green Nike SB, everybody’s favorite sneaker brand has announced that it will delay the release of the “Strawberry Cough” Nike SB until further later this summer.

According to House of Heat, due to “the ill-timed COVID crisis and the unfortunate naming of the pair, Nike has decided to shift the release to July.”

The Strawberry Cough Nike SB was named after the Strawberry Cough weed strain, but according to the sneaker and skateboarding rumor mill, Nike postponed its release because of the possible negative connotations of the word “cough” and the coronavirus pandemic.

But instead of leaving sneakerheads without a 420-themed addition to their collection, Nike has teamed up with its longtime designer Todd Bratrud once more to create a new, super limited Nike Dunk SB hi-top.

The new purple and green suede SB is dubbed the “Reverse Skunk” because it inverts the colors of the first “Skunk Dunk” that Nike released on 420 2010. And because Nike wanted to make everyone knows this is a 420 shoe, it’s limited to 420 pairs globally and will be sold at one store only.

If you already had your heart set on the Strawberry Cough, you’ll only have to wait another few months until it drops. Unless COVID-19 is still around by then and Nike gets cold PR feet again.