N.Y Could Legalize Possession of up to 3 Ounces of Cannabis - International Highlife 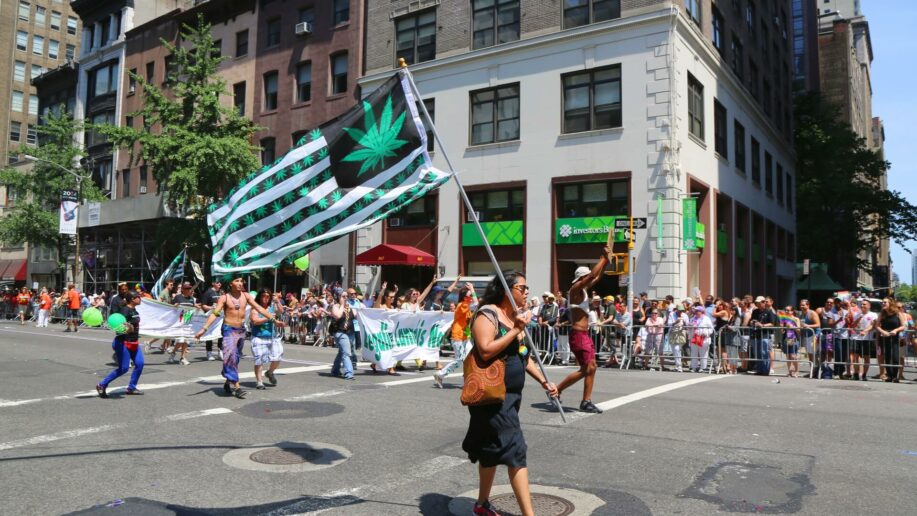 New Yorkers over the age of 21 might soon be able to proudly and legally own up to three ounces (~85 g) of cannabis.

If approved, the bill would set one of the most lenient cannabis possession thresholds in the United States. The vast majority of states that have legalized or decriminalized marijuana, allow possession of around one ounce of weed.

Supporters of the proposal argue that higher possession thresholds would help prevent people from getting needlessly getting pulled into the criminal justice system.

Democratic governor Andrew Cuomo, himself a proponent of legalization, is currently also pushing a competing proposal that would legalize the possession of up to an ounce of cannabis.

Under Cuomo’s proposal, dispensaries would be allowed to sell one ounce of cannabis per person per day.

But the possession threshold is just one of many disagreements between Cuomo and the supporters of the second bill, which is sponsored by Sen. Liz Krueger and Assemblywoman Crystal Peoples-Stokes.

Another stumbling stone is the issue of how the state would spend proceeds from cannabis sales.

Legalization is estimated to bring in around $300 million per year for New York, and many lawmakers want to define exactly what those funds will be used for.

“I know that (Cuomo) probably will try to make sure that there are resources invested in communities of color that have been (disaffected),” Peoples-Stokes said. “But quite honestly, he’s not governor for life. There could be another governor in five years,” she said.

Public support for the legalization of recreational cannabis is at an all-time high in New York, according to a Siena College poll, with 58 percent of respondents in favor of the move.

Both proposals would also significantly reduce penalties for cannabis violations. While Cuomo’s proposal would place a $125 fine on people caught smoking in public and a misdemeanor if they have more than two ounces of marijuana, under the opposing proposal only people found with more than three ounces of cannabis could receive a violation and a fine of $125.

Whichever proposal will end up being passed, both would be a huge step forward for the roughly 20 million people living in New York state.