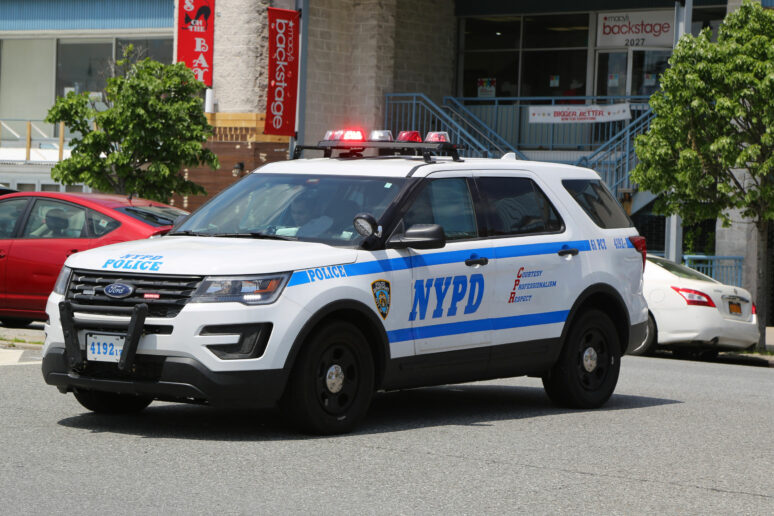 Every single New Yorker knows that when they’re in a sticky situation and need the police they dial 911 — for everything else there’s 311. According to NYC.goc and the New York Police Department, somebody smoking cannabis in public apparently counts as an emergency and anyone encountering “marijuana smoking in progress” should immediately call 911.

Somebody peacefully getting high without bothering or harming anybody else is listed together with “a disorderly person or small or large group, including protestors, causing a hazardous or dangerous condition right now” and “an emergency situation or condition that might cause danger to life or personal property” as reasons to call 911 instead of the 311 Citizen Service Management System.

According to the Observer, this is “yet another example of how police resources are used—and perhaps misused—in New York City for lack of any better alternatives, as there’s simply no one else to call.”

New York City has long held the unglamorous title as the most inhospitable city in the United States for cannabis users, with possession being most frequent reason why a New Yorker would be arrested.

And while cannabis possession was decriminalized in New York State last August the act of smoking weed is still a crime.

Anyone caught with two ounces or less of weed can expect a similar treatment to when they’re caught speeding — a court summons, and a fine — but there will be no arrest. That quickly changes when you dare to smoke the cannabis you’re holding (why else would you have it?).

Anyone caught smoking weed outside can, and will, still be arrested, which is why New York’s official 311 page instructs citizens to call 911 and waste precious police resources.

It’s official New York City policy that you should *call 911* if you witness “marijuana smoking in progress.”

According to the Observer, 911 dispatchers were taking nearly double the normal amount of calls per day during the height of the COVID-19 pandemic, and yet, city officials want people to call the police over a joint being smoked outside.

But the problem is much bigger than just wasting city resources. According to quarterly arrest statistics, Black and Latinx men are almost exclusively the only victims of this idiotic policy.

According to NYPD data, out of 132 people arrested for marijuana crimes between January and March, 123 were Black or Hispanic.

And while this massive disparity can be explained by the simple fact that police received more 911 calls reporting cannabis use from traditionally Black and brown neighborhoods, there’s more at play.

Jeff Coots, the director of From Punishment to Public Health (P2PH), a research organization at City University of New York’s John Jay College of Criminal Justice, conceded to the Observer that that’s probably true, but stressed that systemic racism was the reason behind this imbalance.

“For people who rent, or for people in public housing, the only place they have to smoke is outside,” he said. “Where do we expect that 20 percent of people [who use cannabis] to engage in that activity in an urban space, if we’ve made it illegal to smoke outside? We’re setting people up for this Catch-22.”

“This policy is not enforced in the dormitories of NYU,” he added.

With the COVID-19 pandemic still ravaging through the United States, with racial tensions at a breaking point and calls to reform or defund law-enforcement following a string of high-profile police killings of unarmed Black people, it is about time that New York City officials rethink their policy towards cannabis users.

The city’s “marijuana-smoking policy is a prime example of how police are both asked to do too much, but also have potential for exacerbating problems rather than eliminating them,” the Observer writes.

But Coots suggests that there could be a simple solution that would free up an already overwhelmed police department and provide New Yorkers with an alternative point of contact to turn to if they see someone smoking marijuana.

“I would say if you came to the police and said, ‘Hey, we have a solution. You don’t have to respond to this type of call, we’ll free you up for different types of calls,’ they would be open to that conversation,” Coots said. “They already have too much on their plate.”

Until then, and as long as citizens call the police to report cannabis, the current situation will continue.

“The smell of marijuana smoke alone is not a good use of emergency resources,” Janos Marton, a lawyer and deincarceration activist who is challenging Cy Vance for Manhattan District Attorney next year, told the Observer.

“First, marijuana should be legal,” he added. “Second, just as we should be investing in community members to de-escalate challenges like social distancing and wearing masks (without weapons), we should have those people respond to marijuana smoking that disturbs people. Let’s keep 911 for dealing with real emergencies.”