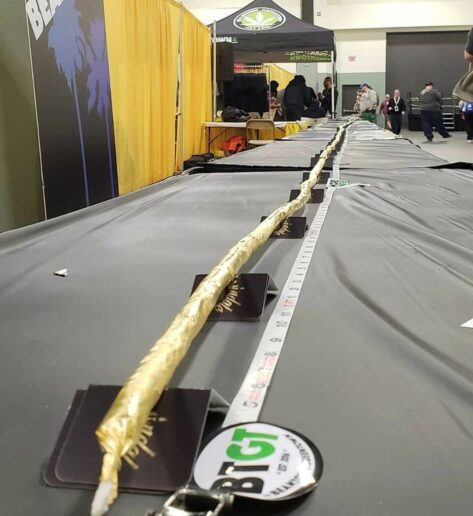 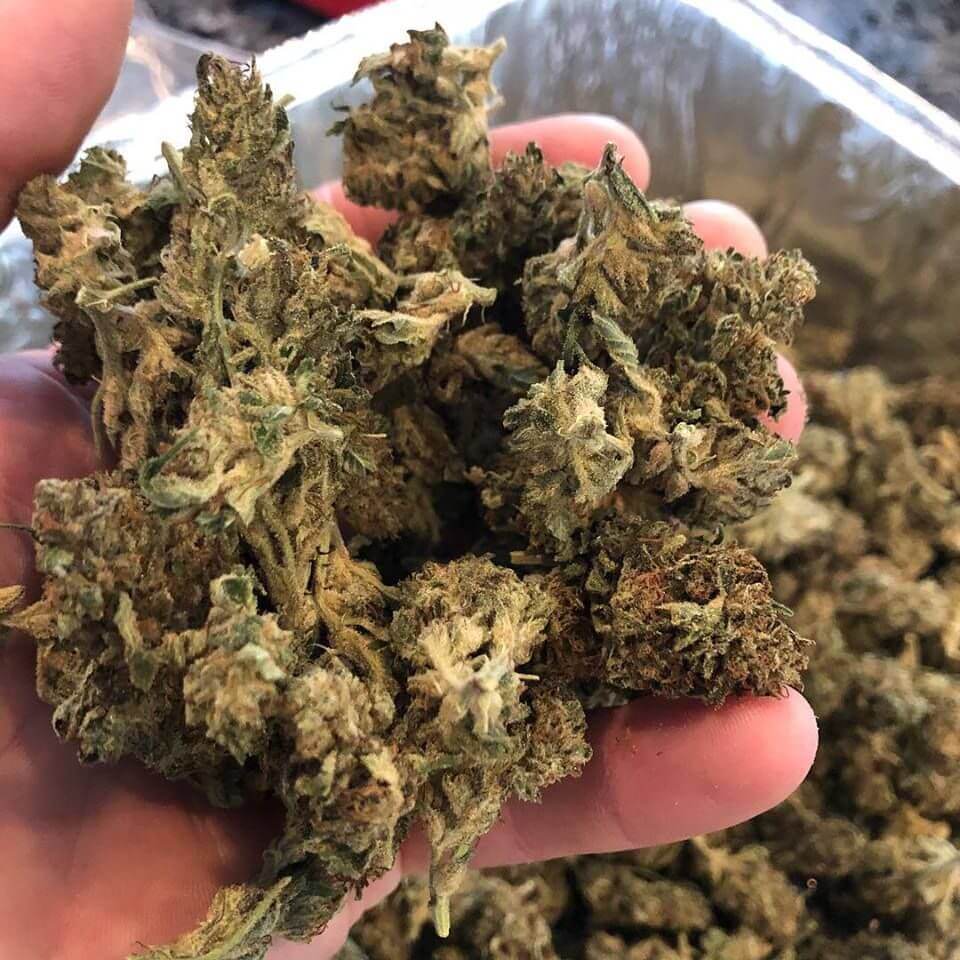 How much cannabis is needed to roll a 119-foot joint? About two and a half pounds.

This pot equation was determined by the team behind Beantown Greentown, a cannabis lifestyle brand, who rolled the massive joint to showcase at the Harvest Cup in Worcester this weekend.

The company brought a 106-foot joint to the first annual trade show and competition in 2017 after co-owner Andrew Mutty said they decided to “do something crazy.”

We all had a lot of chats about smoking weed and rolling joints and someone was like, ‘How big of a joint could we roll?’

The record-setting joint drew attention and an interest in bringing something bigger and better to this year’s Harvest Cup.

To do so, they turned to Shine Papers, a company that sells 24K gold rolling papers. Mutty and a group of Beantown Greentown staff and volunteers gathered and rolled the joint in a series of sessions. Then, it was laid out across tables put together at the Harvest Cup on Saturday.

Following the weekend’s display, 24 feet of the joint was disconnected and saved for an event Beantown Greentown is planning for April 20. 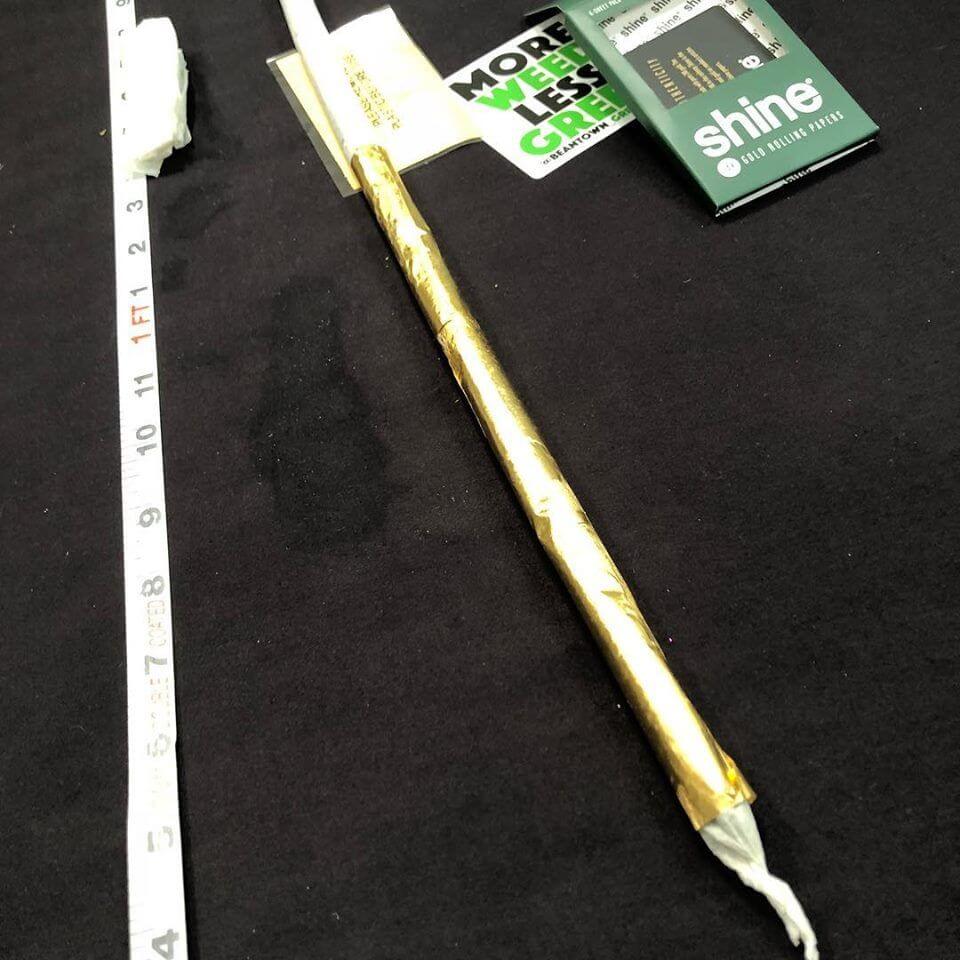