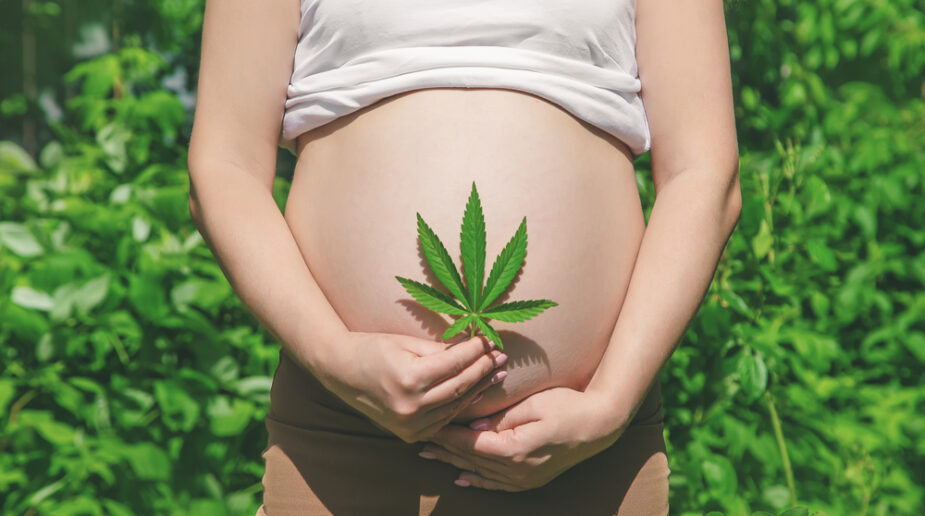 We wrote about it a couple of months ago. It’s a fact that a growing number of women use weed while being pregnant. A new study found it may increase psychotic-like behaviors in children. Let’s take a closer look at what the researchers concluded.

The study, published Wednesday in JAMA Psychiatry, analyzed data on 11,489 children who were followed as part of the Adolescent Brain Cognitive Development (ABCD) study, which says it’s the “largest long-term study of brain development and child health in the United States.” The children’s cognitive and behavior patterns were evaluated in middle childhood, around age 9.

Of those children, 655 were exposed to cannabis while in utero, according to statements from the mothers. Compared to the 10,834 children with no exposure, children whose mothers had used during pregnancy were more likely to have psychotic-like behaviors and more attention, social and sleep problems, as well as weaker cognitive abilities.

The study found that, if the woman continued to use after discovering she was pregnant, the adverse effects were more pronounced.

“Use of cannabis despite knowledge of pregnancy might represent a preexisting and more severe form of cannabis use,” the authors wrote.

The Stats – Cannabis During Pregnancy

Cannabis use by pregnant women has been growing in the United States and other countries, such as Canada in recent decades. A 2019 analysis of over 450,000 pregnant American women ages 12 to 44 by the National Institute on Drug Abuse found cannabis use more than doubled between 2002 and 2017.
The vast majority of cannabis use was during the first three months of pregnancy. The study found it was predominantly recreational rather than medical.
Yet the first trimester may be one of the most sensitive times for the developing brain of a fetus when it’s most susceptible to damage. Not only does THC — the cannabinoid that makes you high — enter the fetal brain from the mother’s bloodstream, but once there, it can impact the baby’s developing brain.
Studies have found receptors for cannabis in the brains of animals as early as five and six weeks of gestational age.
According to the US Centers for Disease Control and Prevention, past studies have shown that the use of cannabis during pregnancy is linked to low birth weight, impulsivity, hyperactivity, attention issues and other cognitive and behavioral issues in children.
There’s even a connection to autism. A prior study found that women who used weed during pregnancy were 1.5 times more likely to have a child with autism.
Any woman using marijuana and discovers she is pregnant should immediately discuss her use with her doctors, experts say. Yet many young women aren’t honest, studies have shown. One study of women 24 years old and younger found they were about twice as likely to screen positive for cannabis use than they stated in self-reports.

What do we take away from this study?
One thing is for sure; there are different studies on this subject with contradictory results, and for us, as non-scientists, it’s challenging to figure out which data you can trust and which not. We all know that it’s relatively easy to come up with a study to support your arguments, whether they are true or not.
One thing that would be important is that people have access to a legal cannabis market. Only in this case, we can ensure that soon to be mothers can get the medical support they need without fearing repercussions. Further, it’s a fact that it’s safer to consume a legal product that’s been adequately tested instead of getting your weed from the street dealer in an illegal market.
If you want to read some unbiased information about the topic, we suggest you go over the article that we wrote on the subject. There you can find out a lot of information and more scientific studies Check it out here.
More research in this area is desperately needed. Accurate, recent data is the best way to inform appropriate recommendations on prenatal cannabis use.
We are looking forward to hearing your feedback from all the Moms reading this. Did you use cannabis during your pregnancy? Let us know in the comments.

One response to “New Study: Using Weed During Pregnancy Linked To Psychotic-Like Behaviors In Children”