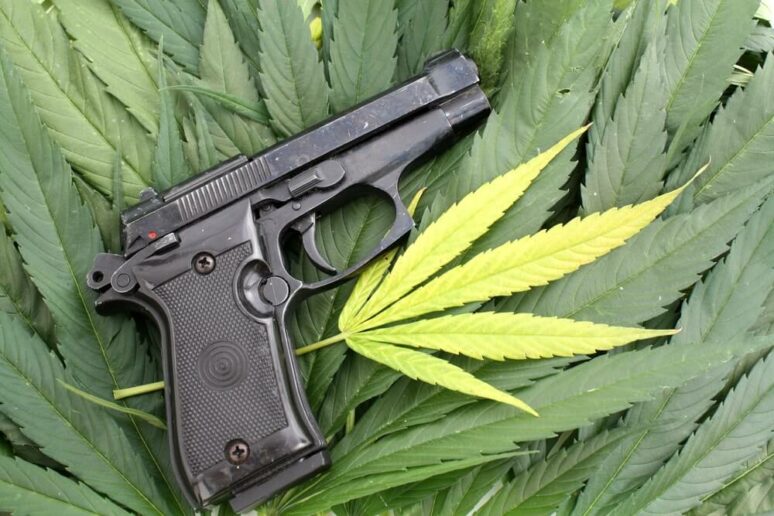 A Republican lawmaker has proposed legislation that would help square the Second Amendment with some who use (medical) cannabis in accordance with state law.

The measure, H.R. 2071, was introduced in the House earlier this month by U.S. Rep. Alexander Mooney. The West Virginia Congressman’s “Second Amendment Protection Act,” would amend current law that often puts legal guns out of reach of those who use increasingly legal cannabis.

The bill would make an exception in federal law,

that an individual shall not be treated as an unlawful user of or addicted to any controlled substance based on the individual using marijuana for a medical purpose in accordance with State law.

Although cannabis is legal for adults in ten states, and as medical cannabis in 33, it remains listed as a  Schedule I drug (alongside heroin, LSD, Ecstasy and Peyote).  This has resulted in the Bureau of Alcohol, Tobacco, Firearms and Explosives maintaining a status quo that any sale or possession of firearms by those who use marijuana, even if allowed by state law, remains criminal.

In 2016, the ATF released a revised version of Form 4473, explicitly warning gun buyers “the use or possession of marijuana remains unlawful under federal law regardless of whether it has been legalized or decriminalized for medicinal or recreational purposes in the state where you reside.”

The measure is currently referred to the House Committee on the Judiciary.

If you would like to get more information about the topic, check the video below.