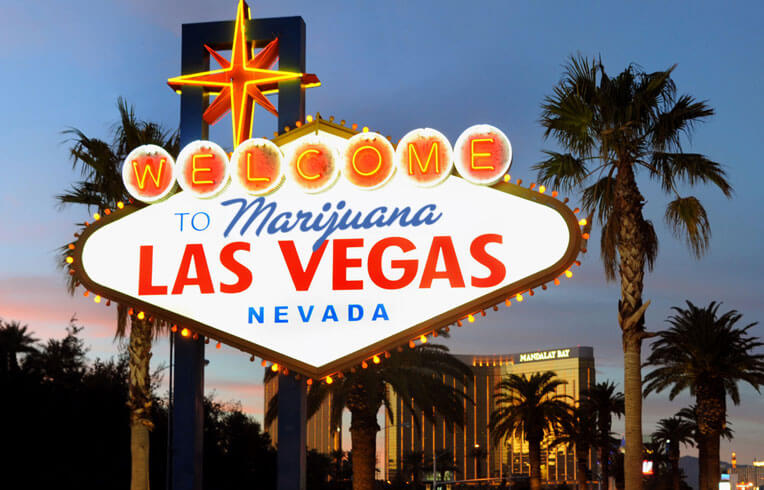 People had been lined up outside Nevada’s dispensaries since Saturday in anticipation of legal weed being available as soon as the clock would strike midnight on July 1.

With people rushing to Nevada and the dispensaries of Las Vegas for the opportunity to buy legal weed, the state has already generated an estimated half-million in sales taxes in just under one week.

Fireworks, celebrations, even a wedding accompanied the momentous event across Nevada and in Las Vegas, with cannabis users rejoicing in the freedom of being able to legally purchase, and possess the flower without fear of criminal charges.

Once the doors opened, users purchased product in respectful amounts, the average purchase at dispensaries reported to be a quarter of an ounce of flower while sampling edibles and concentrates.

Dollar Signs in the Doobies

With the promise of dollar signs rushing into the state just as it did a few centuries ago with the gold rush, economists are predicting that sales can reach $30 million from legal recreational marijuana by the end of the year.

With evidence that marijuana taxes provide opportunities for community development, increased employment, and add a great deal to the economies of states, it’s no surprise that Nevada is eager to cash in on legal weed.

Marijuana in Nevada will be among the highest-taxed commodities in the state, with 33 cents of each dollar going to the state’s pockets.

Even Nevada Senator Tick Segerblom partook in the privilege of purchasing legal marijuana, being the first customer of dispensary The+Source who sold him a pre-rolled joint of a strain carrying his namesake: Segerblom Haze.

Those who think that they can hit up Vegas and get some pot to puff on the strip will be sorely disappointed. Current regulations prohibit dispensaries from being located on the strip. This means that Vegas’s some 42 million annual visitors won’t find themselves caught in puffs of pot smoke.

While it may be legal to walk down the Las Vegas strip with a beer in hand, it’s strictly prohibited to smoke weed in public, not just in Nevada but anywhere in the U.S.A. Anyone caught smoking up on the strip can face a misdemeanor citation and a $600 fine.

From Point Guard to Pot Tsar: Hall of Famer Isiah Thomas is Now a Cannabis CEO