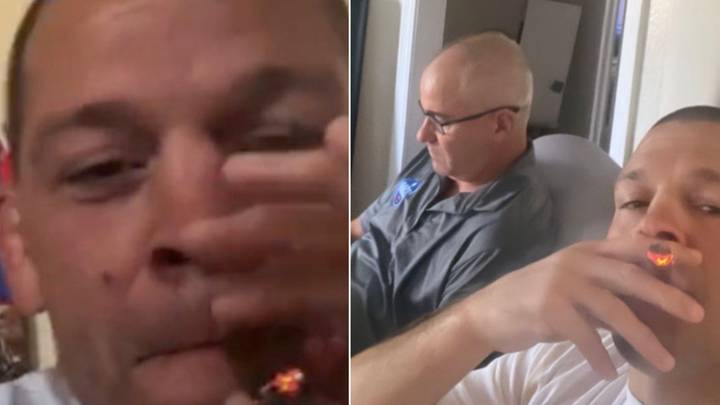 Before returning to the octagon, Nate Diaz attempted to provide a urine sample, telling the drug inspector to “f****** suck d***.”

On September 10 at the T-Mobile Arena in Las Vegas, Diaz will make his final octagon debut against Khamzat Chimaev as part of UFC 279’s main event. After a long career with the promotion, it will be his final act because he intends to leave and look into other options when his contract expires.

The two must submit clean samples before the bout as part of the UFC’s USADA drug testing procedure. Despite a drug tester being at his home, Diaz showed supporters the procedure on an Instagram live video while acting carelessly. Nate smoked weed while offering to share it with his friends.

He has been spotted smoking blunts at press conferences before fights, notably before his most recent contest against the recently crowned UFC welterweight champion Leon Edwards last June. He also smoked a joint while watching Francis Ngannou defend his heavyweight title against Ciryl Gane in January, and he has been seen doing the same while working out.

He then offers the narcotics inspector, “DK,” a puff on his joint, but the inspector immediately declines as he gathers his tools and departs Diaz’s home.