Finally, a Bong for Women - and She’s a Mermaid Named Yemaya - International Highlife 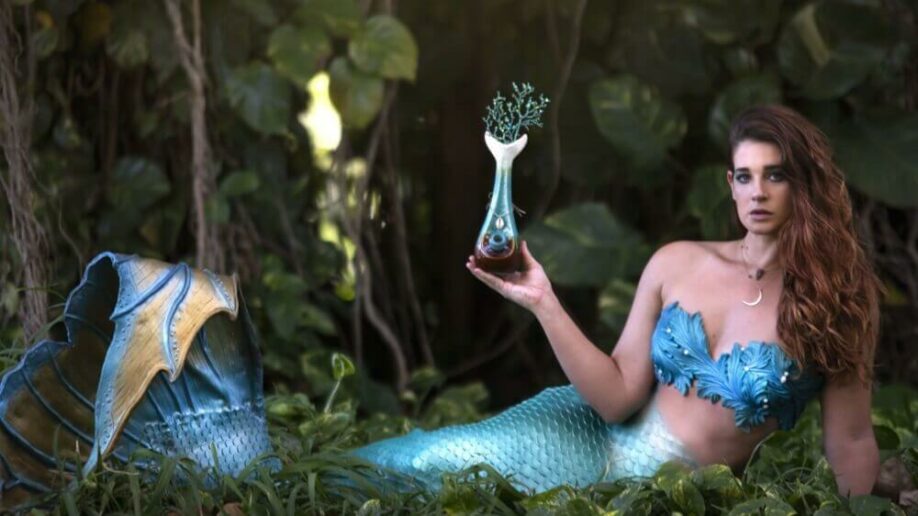 Finally, a Bong for Women – and She’s a Mermaid Named Yemaya

As cannabis emerges from the illicit shadows of yesteryear, stigmas and stereotypes that have clouded the plant, its accessories, and its fans for decades are quickly becoming a thing of the past.

Women, in particular, are coming out of the woodwork to proudly declare their love of weed – as an anxiety-buster, a PMS-soother, a sleep aid, a social crutch, a wellness staple, and so much more.

For millions of women around the world, weed is simply a lifestyle.

And the market is finally catching up, with a range of enticing cannabis brands targeting female-identifying consumers. Like My Bud Vase, founded by advocate-turned-artist-turned-entrepreneur, Doreen Sullivan.

A sophisticated smoker, not some deadbeat toker

Originally from California, Sullivan moved to New York City after college in the late 1980s, where she set-up a successful marketing agency. When her now-ex-husband relocated the family to a small town in South Carolina, Sullivan objected at first. Now, she can’t imagine living anywhere else – even though South Carolina continues to be a prohibition state. 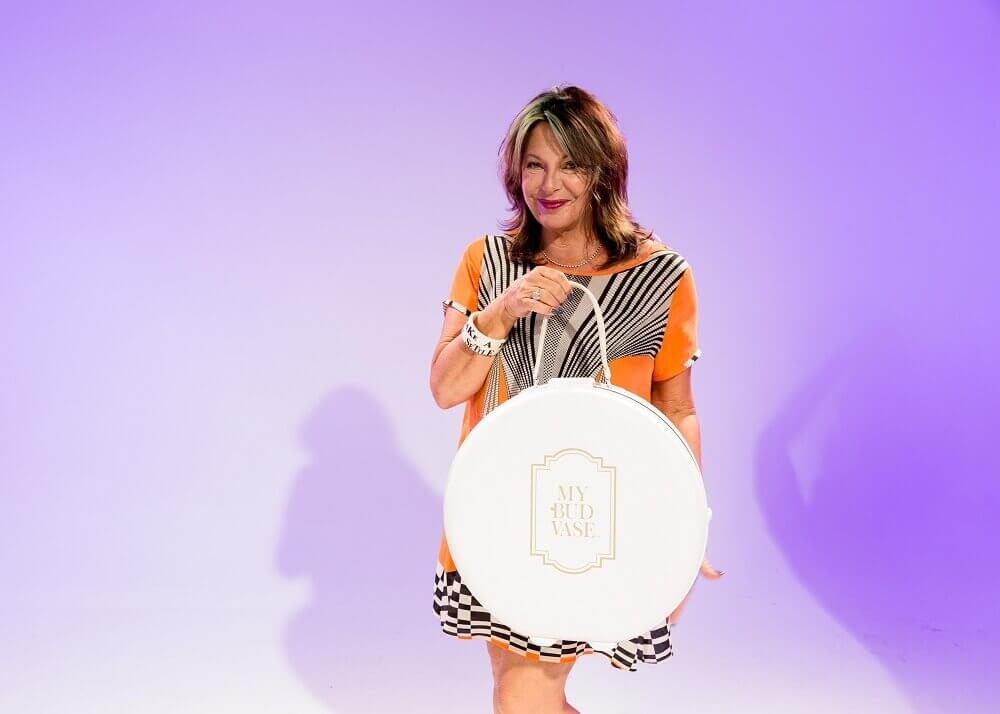 Doreen Sullivan founded My Bud Vase to give strong women who love cannabis smoking devices they could identify with.

For Sullivan, cannabis has always been a source of creative inspiration, but the social stigmas, legal obstacles, and lack of attractive options for consumption led her to feel disconnected. It didn’t help that Sullivan’s own preferred method of use is a water pipe (or bong) – a device that has been co-opted by the likes of Snoop Dogg, frat boys, and deadbeat stoners everywhere.

This image certainly did not match-up with Sullivan’s image of herself: a successful, sophisticated, and empowered professional woman who smokes weed. As it turns out, she’s not the only one who felt this way.

My Bud Vase was born in Sullivan’s living room about five years ago when she began artfully transforming her own antique vases into beautiful, functional, discrete bongs for women. Today, the company has grown to include both one-of-a-kind artisan pieces and a signature collection that features elegant, colorful bongs with clever names like Monica, Phoebe, and Rachel. 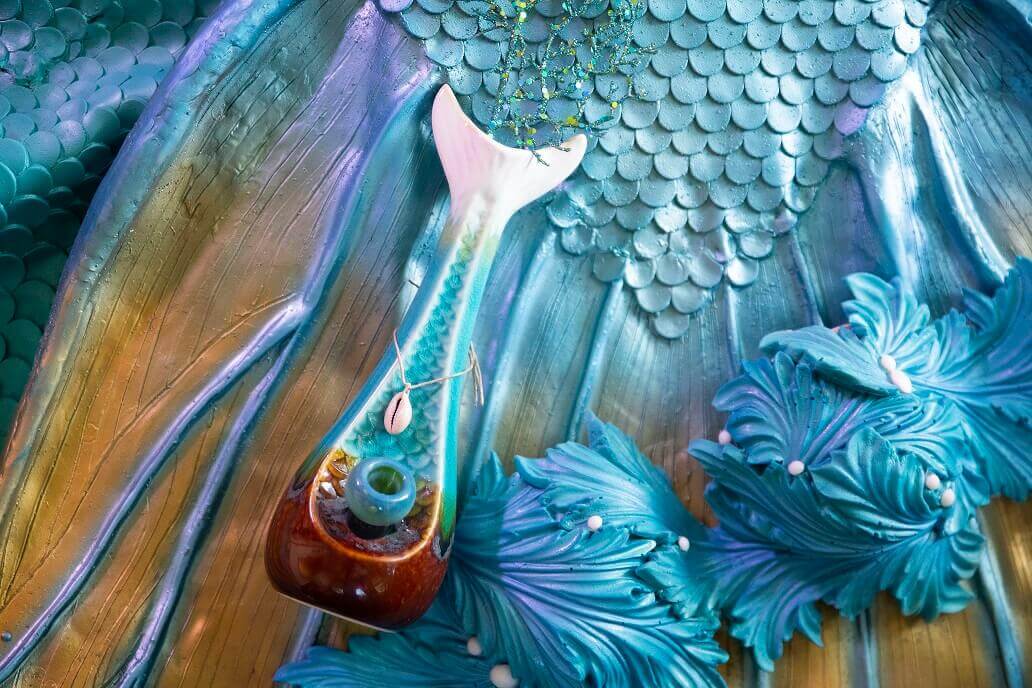 There is also Yemaya – a stunning ceramic bong/vase shaped like a mermaid’s tail, adorned with a cowrie shell on a hemp-wick ribbon, and a coral poker. Named for the Ocean Mother Goddess in Santeria, an Afro-Caribbean religion, Yemaya embodies powerful feminine energy.

This piece is rich with symbolism, and can definitely enhance any woman’s smoking experience. Plus, like the entire My Bud Vase collection, Yemaya looks amazing on a shelf, bar cart, coffee table, mantle, or vanity. She is strong, protective, gentle, and nurturing, said to help in matters of self-love and healing: the perfect companion for ladies who blaze.

With her collection of high-end bongs that are as beautiful as they are functional, Sullivan is creating a consumption category for women and effectively eliminating the outdated, ugly, negative stereotypes that have been long associated with cannabis use.

But this is not just a happy accident or a mere byproduct of her craft: Sullivan is a vocal advocate for legalization, on a mission to empower women who consume cannabis both recreationally and medically.

Through My Bud Vase, Sullivan and her team are redefining what it means to be a woman who smokes weed. Basically, it can mean whatever you want it to mean. It doesn’t get much more feminist than that.

This article was sponsored by My Bud Vase. 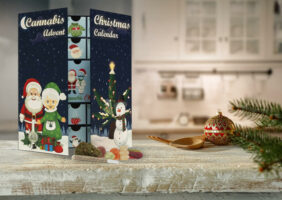 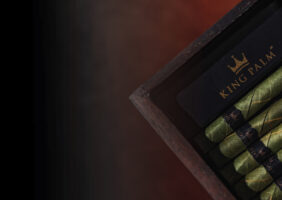 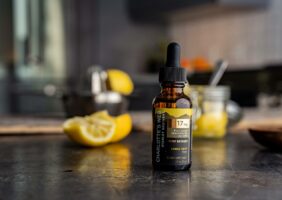 The Complete Guide to Understanding What CBD Can Do for You 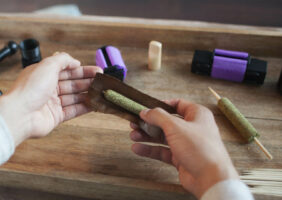