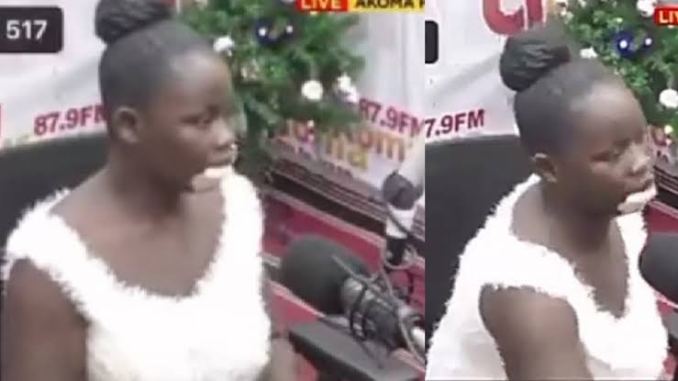 In a recent radio interview, a woman has discussed her marital difficulties, maybe in the hopes of finding a solution to the problem she’s dealing with. Her boyfriend was also present when she made the confession and he was slightly uncomfortable.

Her partner, in her words, bangs her aggressively and repeatedly after becoming high on weed (popularly known as wee in the local language) and tramadol.

She claims the situation is so bad that she sometimes bleeds throughout the process, and to make matters worse, the guy refuses to stop banging her until he ejaculates.

Meanwhile, her boyfriend, who was seated alongside her during the interview at Akoma FM’s studios, couldn’t defend himself. Instead, he smiled in between her statements.