Muslim Who Killed ‘Was Not Responsible, He Was On Weed’ - International Highlife 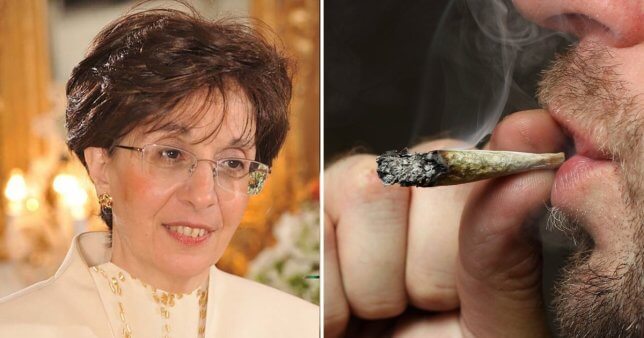 A Muslim who killed a Jewish mother of three kids while screaming Allahu Akbar might not be held criminally responsible because he was high on cannabis.

Kobili Traore, 29, is thought to have beaten Sarah Halimi, 65, for hours before shoving her from her third floor Paris flat yelling ‘I’ve killed the Shaitan (devil)!’

He admitted to the killing in 2017 but a judge has said his ‘acute delirium’ at the time could exclude him from taking criminal responsibility.

He was transferred to a psychiatric hospital and declared mentally unfit to stand trial, meaning he has never been convicted for Ms. Halimi’s death.

The immigrant from Mali claimed to smoke up to 15 joints a day which impaired his mental function, according to psychiatric examinations.

Three assessments said he did not have a mental illness as a result of his drug use but their verdicts on his mental capacity during the killing differ, reports Le Parisien.

In 2017 Daniel Zagury said suggested Traore’s judgement may have been impaired but did not say he completely lacked control.

The following year, Drs Bensussan, Meyer-Buisan, and Rouillon said the defendant may not have known of ‘the potentially inductive effects of a delusion’ caused by cannabis. A final panel ruled Traore was not in control of his behavior.

Representative Council of Jewish Institutions of France president Francis Khalifat, said the decision was ‘unsurprising but hardly justifiable’ and said he would appeal the ruling.