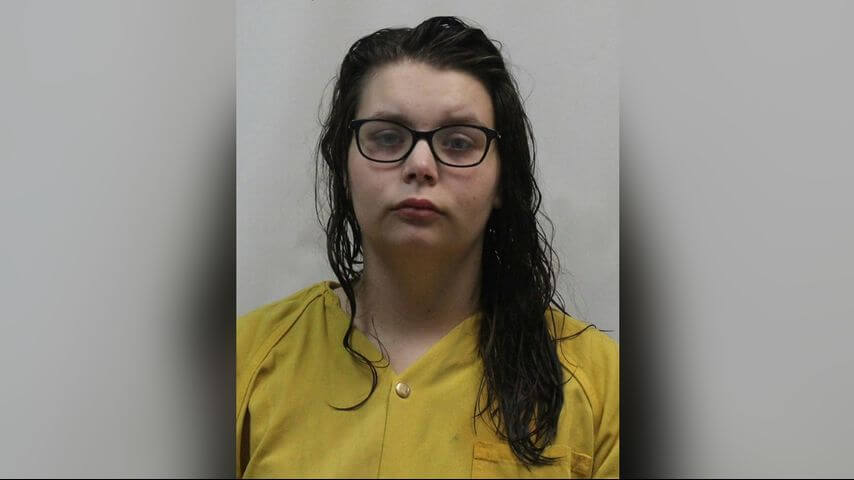 As reported by WBRZ2, deputies say a woman admitted to smoking cannabis before she breastfed her child who was taken to the hospital because of seizures.

Paramedics were called to a home in Pierre Part Sunday after they received reports of a small child suffering from seizures. The Assumption Parish Sheriff’s Office says it was alerted after the child tested positive for cannabis at an area hospital.

Deputies questioned the mother, 22-year-old Kassidy Rodrigue, who was the only one home with the infant. The sheriff’s office says she admitted to smoking cannabis before breastfeeding the child.

Rodrigue was arrested and booked on charges of second-degree cruelty to a juvenile and child desertion. Her bond is set at $125,000.

Kassidy set up a gofundme page. Here’s her official statement:

This is Kassidy and her baby Austin. On Sunday, January 20th, Austin had a seizure. He was taken to Teche Regional Medical Center, where they were told by paramedics/law enforcement that they smelled marijuana upon entering the home. They tested Austin and he tested positive for THC. TRMC- hospital referenced above- claims this is the cause to his seizure. He seized again while at TRMC and they had him transferred to a children’s hospital in Louisiana, where the mother and child live. Kassidy was sent in to be questioned on why Austin tested positive for THC. She admitted that she consumed marijuana prior to nursing
Austin. She was arrested on January 23rd.

I want to take this opportunity to mention, through studies we have learned-only 2.5 micrograms of THC transfers through the breast milk. It also is most potent at the 60-minute mark. This is enough for a baby to test positive, but not enough to have any effects on the baby, aside from medical benefits.

The children’s hospital Austin was sent to has stated, THC did not cause the seizures. In fact,  Austin has been diagnosed with DiGeorge Syndrome- a rare chromosomal defect that causes hypocalcemia (low calcium levels). The hypocalcemia is what caused the seizures.

The County’s Sheriff’s office is claiming she left the baby alone, which is not true. He was with his dad.

They are charging her with –
Second-degree Cruelty to a Juvenile which is a felony and Child Desertion which is a misdemeanor.

She has been bailed out and is with her son at the Children’s Hospital. He is doing well, and being treated with calcium supplements for now.

Kassidy and Austin need support and financial help in this time, for her to hire a lawyer and for any medical bills that will accumulate for Austin.

What do you think about the second-degree cruelty charges? Let us know in the comments! For us, it has been crystal clear from the beginning that the seizures have nothing to do with smoking cannabis before breastfeeding. As we all know, many people and especially young kids are using cannabis to treat their seizures.