People Are Complaining About Moldy Weed From The Ontario Cannabis Store 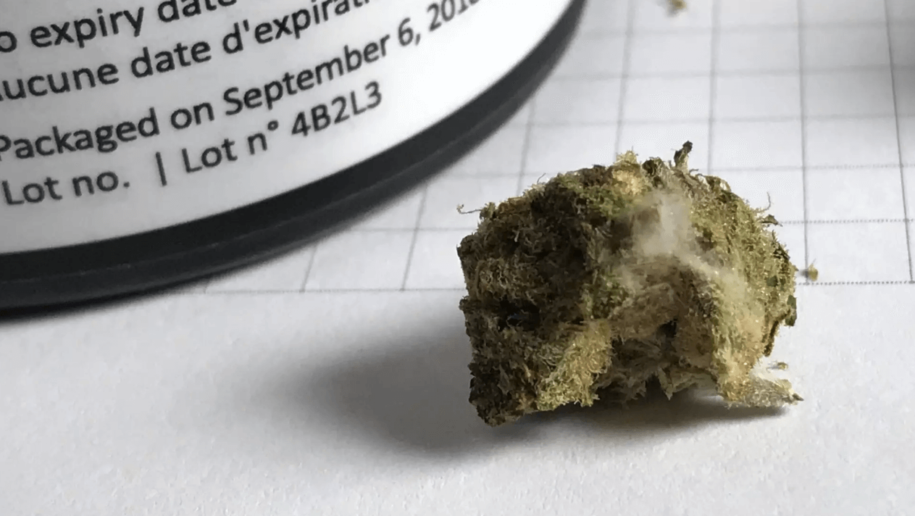 People Are Complaining About Moldy Weed From The Ontario Cannabis Store

The Ontario Cannabis Store is dealing with yet another wave of complaints as consumers report that the weed they’ve received is moldy.

I waited almost a month to get something that could be very dangerous to ingest,

wrote a Reddit user who goes by u/n1shh on a dedicated OCS subreddit last week.

It’s a first after almost twenty years of cannabis use. ‘Know what’s in your cannabis’ my ass.

The Redditor posted a photo to illustrate his point (header pic). In it, white fuzz can be seen atop a nugget of what is said to be some Redecan BEC lot #4B2L3 from the OCS.

What’s upsetting to customers is that this isn’t an isolated incident.

Someone else posted a photo of the same weed strain with mold on it in the same subreddit on Tuesday.

n1shh told this person that they had successfully contacted OCS about the situation.

They told me they’ll send me a shipping label and when I send it back to them they’ll refund me. They also offered no shipping fee on my next order.

The Redditor also noted that an OCS rep said they’d “already had a lot of complaints” about the mold situation.

The Ontario Cannabis Store has yet to publicly comment on the matter, but if history is any indication, the provincial government will likely peg the blame on Canada Post.

The Dangers of Smoking Moldy Weed

Unfortunately for us, the healthy versions of mold that are so essential for the creation of cheese, beer, and other delicious concoctions do not grow on cannabis. Instead, potentially harmful fungus tends to find its home there, which is terrible news for our health. Therefore, it’s very important that you avoid smoking moldy cannabis by any means. We cover this topic in detail in this article.