Mixing Your Weed With Tobacco - A Good Idea? 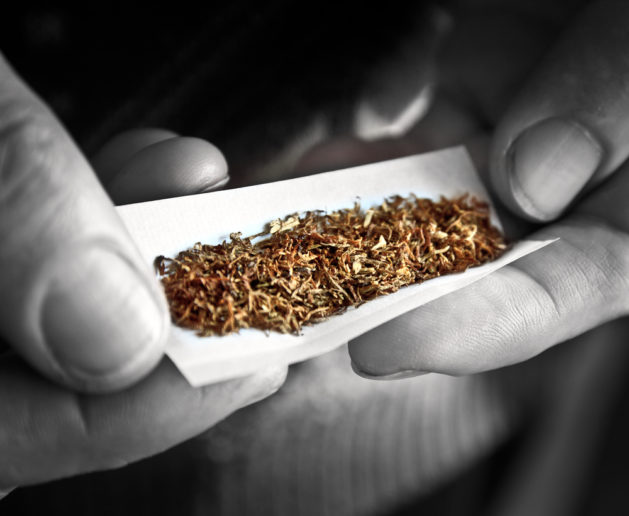 Mixing Your Weed With Tobacco – A Good Idea?

We’ve all got the one friend who chooses to roll a spliff instead of a joint.

We’ve also all experienced taking a huge toke off something we thought was straight cannabis, but once we inhale, we notice it’s mixed with tobacco. After the inevitable coughing fit, it’s appropriate to wonder why some cannabis consumers would choose to mix their weed with tobacco.

Considering that much of the world rolls spliffs instead of pure cannabis joints, let’s find out the basis for this is?

There are many reasons to mix weed with tobacco, based on cultural considerations, preference, and the result.

Smoking weed feels much different than smoking a mixture, so much so that many people prefer the mellower high offered by a tobacco combination.

Breaking Down the Vocabulary 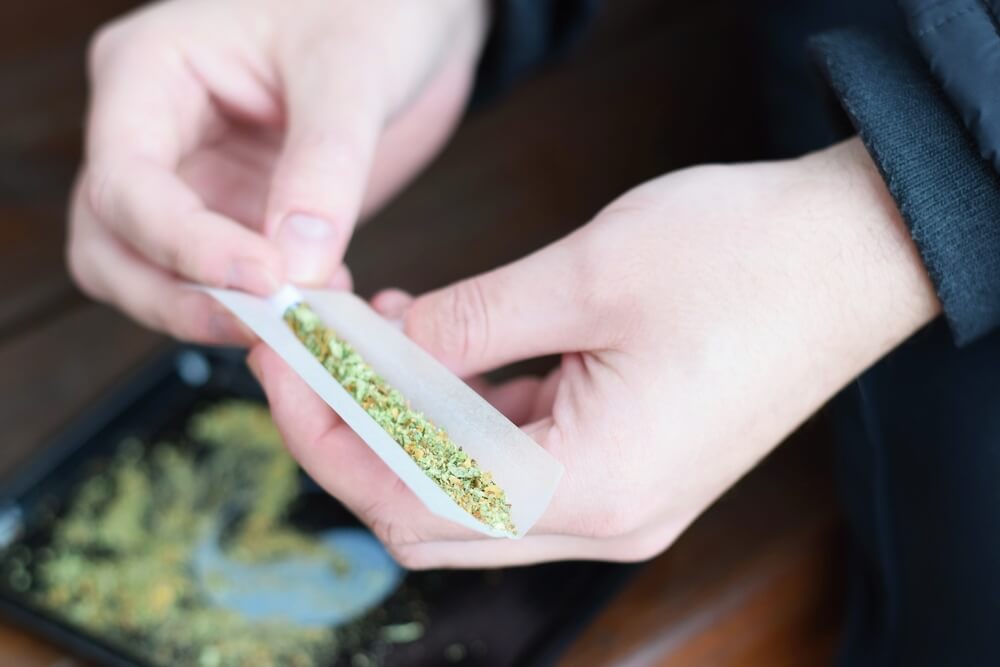 First, it’s essential to understand the basic vocabulary for anyone who hasn’t read the article explaining the main differences between a joint, a blunt, and a spliff.

Joint: A joint is commonly used to describe a 100 percent cannabis cigarette. Nuances on rolling papers and filter aside, joints usually don’t contain tobacco. Joint is the most common slang used for a rolled weed in North America (the United States & Canada) and Europe.

Spliff: A spliff, on the other hand, usually refers to a joint rolled with at least 50 percent tobacco. It always depends on personal preference, but some people barely sprinkle in any weed at all. In Europe, many prefer spliffs because pot is much harder to come by and more expensive.

Often, one term will bleed into another, and in some cases, the definitions reverse altogether. For anyone trying to get the lay of the land in a new country, the crossover between descriptions leads to many unpleasant situations. We’ve all been there. Knowing the local lingo is extremely important to getting what you want.

Why Would you mix Cannabis with Tobacco?

Judging from our reactions on social media posts containing tobacco, it seems outrageous to mix tobacco with ganja for many American and Canadian weed smokers. Why would you ever consider diluting a beautiful juicy bud with cancer-causing tobacco? For many North American’s, smoking is a habit on the decline as the health risks associated with cigarette smoke are fully understood. But in Europe, people’s preference is quite different.

In Europe, smoking cigarettes is much more widespread. While an American smoker smokes on average 1000 cigarettes per year, the statistics out of most European countries are typically over 1500 cigarettes per year. Crazier still, Russians smoke almost 2700 per year on average! All this shows that there is far less stigma around tobacco in other regions than within North America.

On top of the prevalence of tobacco smokers worldwide, there is also a limited supply of high-quality weed. Very few countries have legalized access to recreational cannabis, which means that it’s difficult to source in many countries. When you can find cannabis abroad, it’s often expensive and of the ditch weed variety.

Spliffs are a combination of too little weed and increased tobacco preference. It offers a perfect solution when there isn’t enough cannabis to go around, and everyone already smokes cigarettes. Further, we all know that smoking weed is a social thing. When you sit together with friends and pass around a joint, a spliff is probably gonna last longer than a pure cannabis joint.

What Does Feel Like to Mix Weed with Tobacco?

Smoking a spliff is a lighter experience than smoking a straight cannabis joint. Tobacco naturally causes a small head-high or slight buzz. It stimulates mild euphoria, increases heart rate, and might cause a bit of light-headedness.

When mixed with weed, tobacco initially triggers an immediate head rush before the cannabis even hits. Because spliff smokers typically smoke less weed overall, the experience is much mellower than that from a 100 percent cannabis blunt. Often people describe the tobacco/cannabis high as clearer, more productive, and less anxious. The gentle high might all relate back to the amount of weed in the cigarette. People usually don’t chain smoke spliffs.

What are the Health Risks From Smoking Tobacco?

In 2017 most of us should know the inherent risks of smoking tobacco. It’s indisputably linked to more than one deadly health issue. In some circles, cigarette smoke is avoided like the plague.

But what are the ramifications of weed mixed with tobacco? I think we can all agree that just because it’s combined with weed doesn’t make smoking a tobacco-filled spliff any better for you…

The most common health issues related to smoking tobacco are as follows:

To Filter or Not to Filter 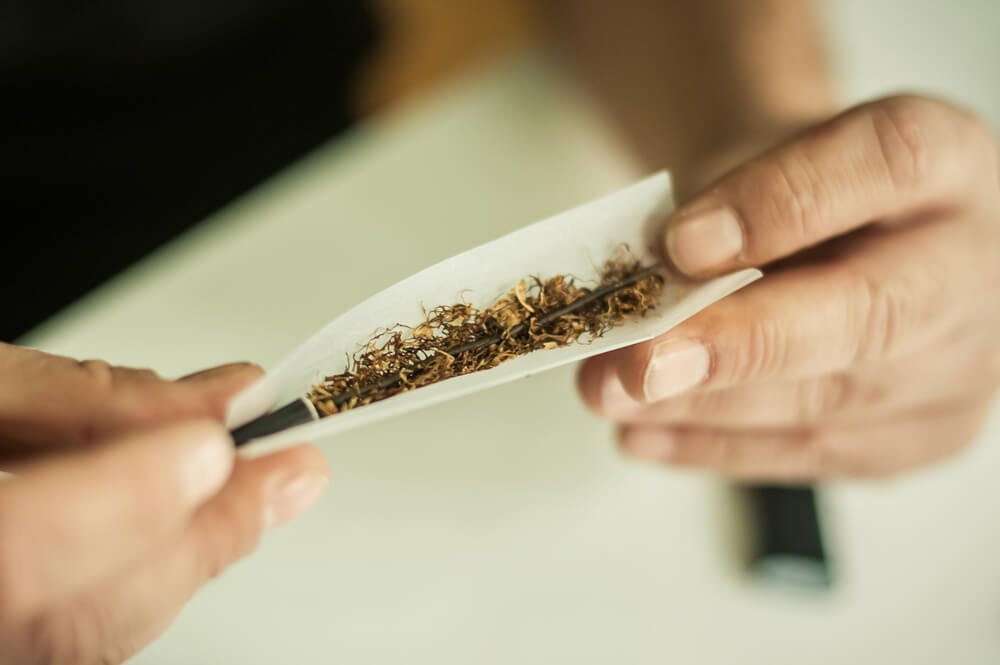 You only have to take one look at a used cigarette filter to recognize that it’s useful to remove a portion of toxic tar before it enters your lungs. A used filter is a brown sticky mess.

One of the main issues for spliff smokers is that they rely on homemade filters or no filter at all. Homemade filters, when used, are merely small rolled-up pieces of cardboard. These filters only serve to keep the weed in the spliff, but do nothing to prevent toxic tar from entering your lungs. Smoking spliffs might be worse for long-term lung health due to lack of proper filter.

What are the Health Risks Of Smoking Weed?

For any skeptics out there, multiple scientific publications have explored the risks of smoking weed in comparison to smoking tobacco. Although the action of smoking either tobacco or cannabis seems remarkably similar, there are notable differences.

Cannabis and tobacco are not equally carcinogenic. In fact, many cannabinoids found in cannabis have shown preliminary promise for killing cancer cells. Beyond its cancer-fighting potential, an often replicated study found no direct link between cannabis smoke and lung cancer, even for people who reported smoking 22,000 joints in their lifetime. That’s easily two joints a day!

If you need further proof, there also is no association between heavy cannabis use and deterioration of lung function. Even users who smoked roughly one joint a day over 20 years did not present signs of reduced lung capacity or expiratory volume.

It should be said that inhaling any smoke runs the risk of toxic build-up in the lungs. While the dangers of smoking weed are still much lower than those of tobacco, it doesn’t mean we can take additional steps to look after our lungs for the long run.

Thankfully, smoking weed has multiple options to get around the problem of inhaling smoke. Water bongs are a longtime favorite for filtering out unwanted particles naturally found in any incinerated substance. Plus, there is always the option of vaping.

16 responses to “Mixing Your Weed With Tobacco – A Good Idea?”