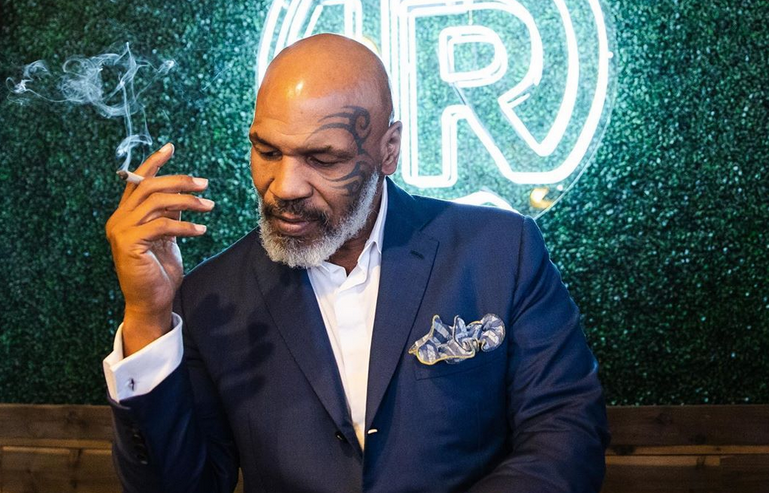 By International Highlife November 5, 2021
News mike tyson
Mike Tyson has launched a successful cannabis business since he retired from boxing. But he’s not retired from box anyway since he had an impressive return from retirement last year with an unofficial draw with Roy Jones.
Unlike ageless wonder, Tom Brady, the heavyweight champion, is less secretive about his methods of fighting father time.

Speaking with Yahoo Finance about the debut of his eponymous Tyson 2.0 cannabis line in partnership with cannabis company Columbia Care, the 55-year-old said he wished he smoked cannabis his “whole career” instead of drinking.

“My life was just miserable, I was out of control. I was fighting with everybody. If someone asked me for an autograph, I’d punch them in the face. I was just a mess, and then after I retired, I started smoking,” Tyson said. “What a mistake that was — I should have smoked my whole career. I should have smoked when I was fighting because it put me in this different state of mind. I’m very relaxed and the more relaxed you are, the better fighter you are at least in my case.”

Of course, as Tyson noted, the heavyweight has faced repercussions for his cannabis in the past. His 2000 victory over Andrew Golota was changed to no-contest, following a positive test for cannabis.

“I broke his cheekbone, his eye socket, his rib — I should have been doing this from the beginning. And I said, ‘Wow.’ I got fined for that, of course, but it was worth every bit of it,” Tyson said, also crediting psychedelics for his comeback. “I think of it as an enhancer. It makes me better, even in the ring. The punches don’t hurt as much, it has a lot to do with my comeback, the psychedelics.”

As Tyson 2.0 Chairman Chad Bronstein explained, tapping multi-state operator Columbia Care for their footprint of dispensaries across more than a dozen states will help get the brand’s cannabis line out as widely as possible.

“With Tyson 2.0, the key is going to be obviously retail scale,” he said. “There’s a lot of opportunity in all markets and I think we’ll see more markets come on board over the next few years.”