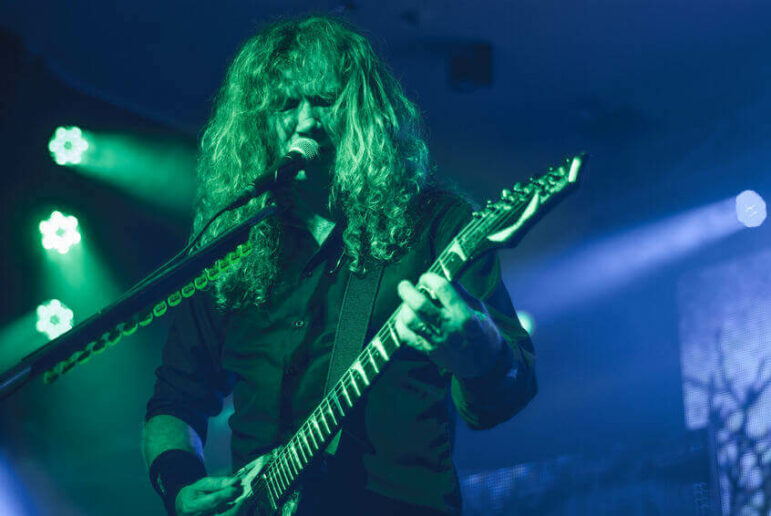 Are you a diehard Megadeth fan or someone who thinks ‘Symphony of Destruction’ refers to what happens to your stomach after you eat Taco Bell? Either way, this story should put a smile on your face.

Megadeth frontman Dave Mustaine credits cannabis for helping him recover from 51 radiation treatments and chemotherapy sessions, telling Metal Hammer that it helped him with his damaged salivary glands and to find a way to eat again – even if it was mainly sugary cereal.

• Smoking Weed Every Day Could Give Your Balls Cancer
• Tommy Chong Says Cannabis & Hemp Cured His Cancer!
• 60% of Medical Students Get No Training on Medical Cannabis: Study

“So cannabis helped with that, except I got a terrible craving for kiddie cereal. I went to the store and got, like, 20 boxes.”

And which brands did Mustaine prefer?

“Trix with marshmallows. Froot Loops with marshmallows. Frosted Flakes. The kind with little marshmallows. You get the idea. My cancer team told me to try and watch the sugar intake, but they said, ‘Dave, if you can eat – then eat.’ The doctor threatened to put a feeding tube in my gut if I lost too much weight. Well, they scared the shit out of me with that one, but it worked.”

But Mustaine went further with his praise of cannabis, telling Metal Hammer that “if you’re gonna do it, get the good stuff. I think the world is just now finding out the beauty of cannabis and everything it can do for you. I hear people talk how it’s good for cancer patients. C’mon, it’s good for any fucking patient!”

Mustaine received his diagnosis in early 2019, while on the Experience Hendrix Tour. A visit to the dentist to treat some oral pain eventually led to a throat cancer diagnosis. Never one to Rust in Peace, Mustaine then began a long, brutal treatment regime of radiation and chemo drips near his home in Nashville, Tennessee. The Godfather of thrash recovered, and according to Mustaine, his doctors have told him, “as long as I don’t do anything stupid, I should be good for the rest of my career.”

Mustaine (not to be confused with Charlize Theron in Monster), has long been a supporter of cannabis. In a 2016 tweet posted on 4/20, Mustaine said, “medical cannabis should be legalized asap, but recreational weed is a totally different story. Vote state-by-state.”

Sure, that stops short of total federal legalization, but it’s a far, far cry from what marijuana laws were in the US in 1985 when “Killing Is My Business… and Business Is Good!” was released.

Megadeth also recorded the 1988 track “Mary Jane,” which almost reads like a Nancy Reagan era anti-weed screed (“No control, my mind is lame I’m in the astral plane and I’ll never be the same Never, never… never Beware my friends as you pass by). Then again, they also had an album cover (Youthanasia) with a woman hanging babies on a laundry line, and it’s probably not something they ever did in real life.

The bottom line? You can add (apparently) indestructible metal legend Dave Mustaine to the long list of people who have learned the hard way just how great a medicine cannabis can be.