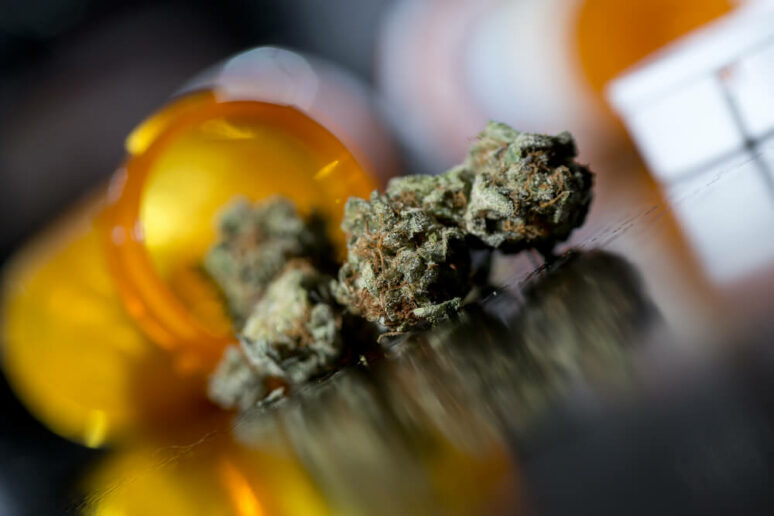 How To Get Your Medical Marijuana Card

If you’re reading this article, you’re probably already aware that in some states, you need a mmedical marijuana card if you want consume cannabis legally. But do you already know how to get a medical cannabis card?

Of the 50 states in America, medical marijuana is legal in twenty-nine. California lead the way in 1996, passing Proposition 215 which legalized personal possession of up to 8 ounces and the ability to grow 6 mature or 12 immature plants at once.

Within the next few years four more states—Alaska, Washington, Oregon and Maine followed and, by December 2017, 24 additional states legalized, rounding out the total to 29 states where medical marijuana could be used as a natural alternative to other, more conventional and synthetic medicines.

By the end of 2017, medical marijuana was legal in the following states, as well as Washington D.C. (the District of Columbia, not technically a state):

The Evolution of Medical Marijuana in the United States

Although still considered illegal by the federal government, the overwhelming support and demand for medical marijuana legalization on a state by state basis remained strong enough to place new propositions on voting ballots, allowing registered voters in each state in question to make the decision whether or not to allow the legalization of marijuana for medicinal purposes.

Responses were overwhelming and often heavily debated. People came together to discuss whether the reality of this legalization could be potentially harmful or, conversely, beneficial to their communities. Some were vehemently for, others against. Issues of public safety came into question, as did regulatory schedules and matters of taxation.

Eventually, majority ruled in many states, and the voters had their say. Legal medical marijuana was a reality. Although different states have different rules in place, the overall climate demonstrated an ability to choose marijuana as medicine, rather than other Medicaid approved prescription drugs.

Where in the World is Medical Marijuana Legal?

There are a number of countries where marijuana is completely legal, both medically and recreationally. Those countries are as follows;

There are also a number of countries who have legalized medical marijuana in some form, as follows;

Although the laws and regulations are varied and each country has different expectations and definitions of specific terms, it is clear that there is a movement afoot to decriminalize, if not legalize, marijuana in some form.

The Conundrum of Medical Marijuana in the Netherlands

When considering various countries in the world, the Netherlands is an interesting example. In 1976, the governmental body in the Netherlands declared a “policy of tolerance,” implementing the Opium Act which defined “hard” and “soft” drugs. At the time, the Netherlands was dealing with an opioid problem that was causing much turmoil in the country. By offering definitions and implementing various medical and health programs, the people of the Netherlands began to be more mindful of the opioids that were travelling through their country and were able to combat them with better, and more viable solutions.

In 2003 “Mediwiet”, a CBD/THC oil produced by pharmaceutical companies in the Netherlands which contains up to five different cannabidiols, became available in pharmacies across the country. It quickly became a go-to for many citizens of the Netherlands and continues to be one of the best-selling prescriptions.

At this point though, medical marijuana cards are not issued by the Dutch government.

Canada, on the other hand, is one of the most progressive countries in the world when it comes to the legalization of medical marijuana. Health Canada believes in accessible, high-quality care that now encompasses many forms of alternative health care, including medical marijuana. For the most part, if there is a condition that can be treated with pharmaceutical drugs, Health Canada acknowledges marijuana as a viable option as well.

In short, medical marijuana is federally recognized in Canada, unlike the Unites States and other countries around the world.

Applying for a license is simple and straightforward through the ACMPR, or the Access to Cannabis for Medical Purposes Regulations program. The patient’s condition must be confirmed and monitored within the timeframe of a year. A physician or nurse practitioner will then determine eligibility, verifying all documentation and granting a medical marijuana card.

The best part about this process is that there are many networks who help patients find specific medical marijuana doctors in Canada through Health Canada. Most of the pre-qualification work is done online, making the application a breeze. There are even some medical marijuana storefronts who have this service in –house, making it even easier. In addition to this, many conditions qualify, leaving most of the guess work and stress out of the process.

Obtaining a Medical Marijuana Card in the United States

Some states have made it incredibly simple to apply for and receive a medical marijuana card. Others require a more extensive and laborious process in order to seal the deal.

Because it is still illegal federally, paperwork is often a requirement. Sometimes, the wording of the documents can be confusing and can often deter potential patients from applying at all.

Additionally, obtaining a medical marijuana card can be quite expensive, depending upon the fees levied by each state.

With the exception of California, Colorado, and Alaska, where you can just walk right in and buy marijuana legally from any dispensary if you are 21 years of age or over, each state has a certain number of criteria in terms of eligible conditions.

Some states offer a larger number of options, such as chronic pain, cancer, migraines glaucoma, anorexia, and anxiety, while others are more narrow in their focus, allowing medical marijuana only for diseases such as cancer, AIDS/HIV, Parkinson’s, etc.

Some states have dispensaries, enabling patients to make an appointment easily, have a consultation, and purchase medical marijuana in various amounts per month for their conditions. Others, such as Delaware, are still waiting to open dispensaries, or compassion centers.

In general, there are 5 things that you will need to apply for and obtain a medical marijuana card in your participating state, as follows;

In addition, legal advice is always an option, if you feel like you would like to be more informed about the differences between state and federal law, how the law is being applied and carried out in your state, and your rights as a patient. Of course, this is optional and completely up to each patient, on a person to person basis.

Some states are doing their best to streamline the process by offering online services for obtaining a medical marijuana card. Prospective patients in the following states can simply point and click their way to relief;

Applying in California, Colorado, and New York is even more of a simple process because there are consultant agencies that do all of the work for you, enabling you to sit back and relax while your application is processed. In these states, it takes about 10 minutes to fill out all online information and, voila, your medical marijuana card arrives in the mail 5-7 business days later.

The rest of the states require initial proof of diagnosis and documentation from your doctor, which he or she can often enter into the state’s database (or you can, in most cases), and that you print out all necessary registration forms and send them in with copies of all required documents, as well as a processing and/or registration fee, which varies from state to state. Some states charge no fee, while others require a fee of anywhere from $5.00 to $200.00. Most states require an annual fee, so be prepared.

Changing of the Guard; The Evolution of More Plant Specific Medicine

Over the course of the past twenty years, we have seen a call to action in the alternative medicine communities all over the world. Rather than adhere to the overly dogmatic and arguably problematic regulatory systems of huge pharmaceutical corporations and the physicians and governmental bodies who continue to push a doctrine of synthetic, scheduled drugs to the masses, millions of people all over the world are using marijuana in place of chemicals.

The traditional concepts of medicine are changing, as are the methods people use to treat various illnesses and other medical conditions. Marijuana, once so stigmatized and dismissed as an addictive and detrimental drug, is now being recognized for what it is; medicine, in every sense of the word.

Whether you live in the United States, Canada, or any other country, now is the time to consider what your health means to you and also what it means to your government. If you need access to medical treatment, challenge the conventional definitions of “medicine” to see if medical marijuana is right for you.

3 responses to “How To Get Your Medical Marijuana Card”