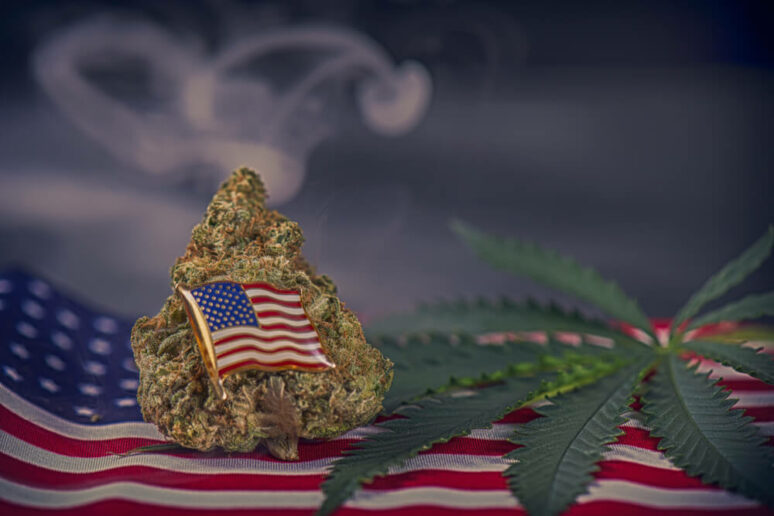 A location to treat PTSD in military veterans was opened in Edmonton, Alberta by Marijuana for Trauma – a Canadian medical marijuana company – on October 1, 2016. The store is owned and operated by a veteran, Fabian Henry, whose second tour of duty in Afghanistan resulted in combat-related PTSD which he treats with medicinal marijuana. According to Henry, medicinal marijuana allows people struggling with PTSD to process their trauma, something which conventional medicine does not allow.

PTSD and many other anxiety pathologies are contributed to significantly by fear learning, something that research has proved time and time again. At inappropriate times, fight or flight reflexes can be triggered by learned fear from a traumatic experience.

In a safe and normal shopping center, for example, a small bag could cause a soldier to go into panic if they had previously run over a similar bag containing an IED. Changes in brain chemistry can occur, caused by stress and adrenaline levels getting out of whack.

The deactivation of traumatic memories can be signaled by CB-1 memories which have recently been identified. An endocannabinoid deficiency has been found in people with PTSD. This lack of endocannabinoids, in theory, leaves a void that can be filled by the cannabinoids from medicinal cannabis.

Adverse side effects are often experienced by those taking mainstream medications for PTSD, which tend to offer only a temporary relief at the very best.

Interest for possible medical application has been drawn by the non-intoxicating CBD (cannabidiol), though research has also been carried out into the plant’s principal psychoactive ingredient, THC (tetrahydrocannabinol). Across the different genetic lines of cannabis – and even between individual plants – the concentrations of both compounds can vary widely.

The use of medical marijuana to treat anxiety and depression can be said to have both positive and negative results, depending on which studies you read. Symptoms have been significantly reduced in some individuals with PTSD. However, symptoms have been increased in other individuals, and issues with paranoia may be made worse by the drug. It’s important to note that similar opposing effects have been found in the mainstream drugs prescribed by doctors for PTSD. It’s of the upmost importance to consult your doctor before considering treating your PTSD, as every case can be different and may require further care.

Symptoms of depression and anxiety, for example, can be made worse by selective serotonin reuptake inhibitors. Suicidal thoughts and behavior can even be produced by some of these medications. Research on medical marijuana and suicide has yet to find a conclusive causal relationship.

If you’re interested in trying medical marijuana for your PTSD symptoms and are unable to access it through your doctor, Namaste MD offers you a place to get a medicinal marijuana prescription online from a reputable business, ensuring peace of mind.

2 responses to “Does Medical Marijuana Help Veterans Suffering from PTSD?”