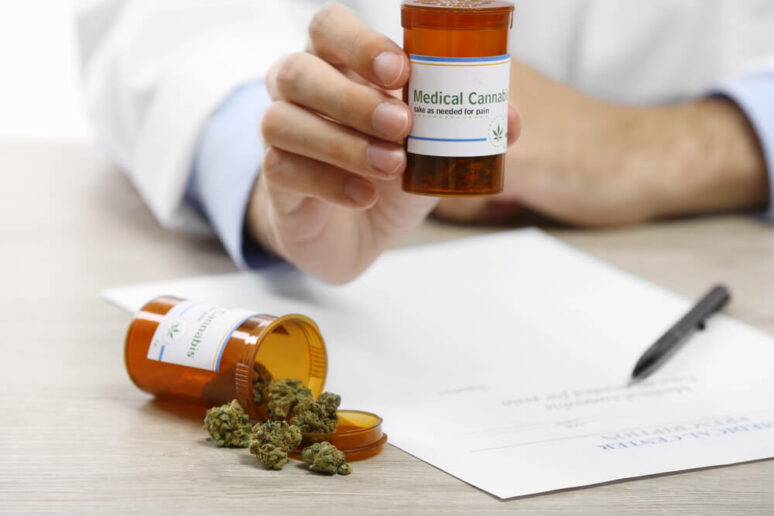 Today almost everyone leads a busy and hectic life full of stress which is caused by outside influences they can’t really control and for this reason, people are always looking for new and efficient ways to deal with the overwhelming pressure and learn to relax. There are various studies that show how different medication can affect the human body during these hectic times and even though some are effective, these medications are all man-made, artificially produced and can’t come close to some natural herbs people have used for centuries to combat stress.

One of these herbs, if not the best known and probably the most efficient, is medical marijuana. There is a lot of stigma going around regarding the effects medical marijuana could have on people but most of that is just empty talk not supported by medical and scientific claims. Luckily, there have been some studies and scientific research where scientists have carefully monitored what kind of effect medical marijuana has on patients who are suffering from different levels of stress.

This question has been debated for decades and scientists from Washington State University have undergone a first-of-a-kind study where they set out to find an answer. A team of scientists observed how smoking cannabis effected various peoples’ levels of stress. What was different about this study was that the scientists who were conducting it were more interested in seeing the effects medical marijuana would have on their test subjects if it was used in a home environment where they felt less pressure as opposed to doing the research in a laboratory.

This study was one of the first attempts to explain the effects medical marijuana has on people from a scientific point of view and the results were published in the Journal of Affective Disorders.

The scientists at Washington State University used a type of statistical analysis called multilevel modeling to collect information from 12,000 anonymous users of medical marijuana where they imputed their own personal experiences. In order to get the best and most accurate results, the test subjects for this study were both male and female from different age groups. These people were asked to give full repots on the symptoms they were experiencing before the use of medical marijuana and to rate their stress levels on a scale from 1 – 10. Next, they were asked to specify which type of cannabis they were using and after twenty minutes they were instructed to report back with how they were feeling. They were asked how many puffs they took and if and how much their stress levels have reduced. The scientists conducting the research weren’t given any of their subjects’ personal information, all they received was the data given regarding the use of cannabis.

When all of the data was collected it showed clearly that both sexes have reported a significant decrease in levels of stress after using medical marijuana. The results clearly showed that medical marijuana was an excellent way to fight stress to a great effect. So, what’s the science behind this?

The results of these experiments have shown how the two chemical compounds found in marijuana, tetrahydrocannabinol (THC) and cannabidiol (CBD), can affect its users and increase their wellbeing. Most people are familiar with THC and believe that if the cannabis they’re smoking has more THC would be more effective, however this study has shown this is false.

Carrie Cuttler, who is the lead author of this study, as well as the clinical assistant professor of psychology at Washington State University has explained that if patients were trying to reduce their stress levels, taking cannabis with a higher level of CBD is optimal for those who are looking to unwind and relax. All that it took was a few puffs of cannabis which was rich in CBD to lower stress levels. She further explained that most people are under the false impression that it’s always better to have a higher level of THC, but their study showed that CBD is also a crucial compound in cannabis. It is of vital importance since it interacts with the endocannabinoid system and has shown to have therapeutic effects and it could also enhance some of the positive effects of THC.

This study is currently one of the few that has bothered to conducts research regarding medical marijuana. However, it certainly won’t be the last one since people are becoming more open to the idea of curing their stress and other issues with the help of medical cannabis and this study has shown that the cannabis plant could be of great assistance to people suffering from stress and even anxiety and depression. This plant rich in THC and CBD could be the leading treatment for these diseases one day.

One response to “Does Medical Cannabis Help Relive Stress?”