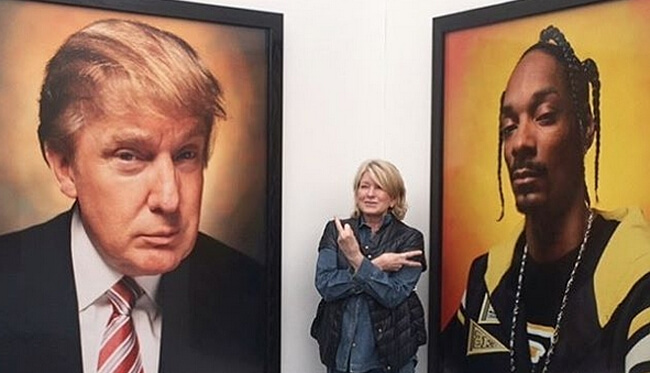 Martha Stewart agreed to be an advisor with one of the world’s largest weed producers, CNBC reports. She’s now playing an “advisory role” for Canopy Growth and their CBD products.

What’s her job with Canopy? According to CNBC, she’ll be involved in developing a line of CBD products for animals, and it seems as though eventually she’ll branch out into edible CBD products meant for humans. According to Business Insider, Canopy Growth’s stock jumped significantly in value after the partnership was announced.

I am delighted to establish this partnership with Canopy Growth and share with them the knowledge I have gained after years of experience in the subject of living,

Martha said in a statement to CNBC on Thursday. She continued:

I’m especially looking forward to our first collaboration together, which will offer sensible products for people’s beloved pets.There’s not yet been any elaboration on what these first products might be.

Canopy thinks that or weed consumers, partnerships with iconic names like Stewart are key to building consumer trust. Even though people are becoming more comfortable with cannabis, there’s still some taboo they’ll need to overcome. And that’s where celebrity partnerships and joint ventures come in handy.

As soon as you hear the name Martha, you know exactly who we’re talking about. Martha is one of a kind and I am so excited to be able to work alongside this icon to sharpen our CBD product offerings across categories from human to animal,

Based in Smiths Falls, Ontario, Canopy Growth operates 10 licensed cannabis sites with over 4.3 million square feet of production capacity. In the company’s most recent quarterly earnings report, Canopy said it sold 10,102 kilograms (10.1 tons) of pot and pot equivalents in October through December alone.