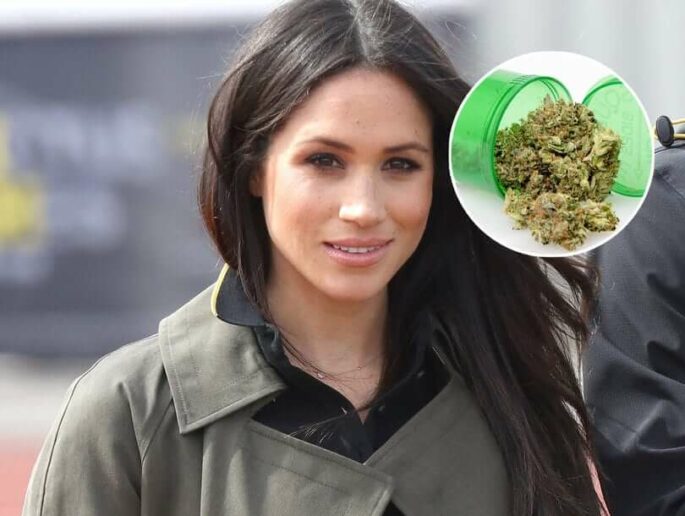 As reported by The Sun earlier this week, Meghan Markle boasted to pals about how she’d serve illegal marijuana at her first wedding.

Leaked emails reveal plans to put the dope in party bags at her nuptials to Trevor Engelson. The emails show for the first time how Prince Harry’s wife was directly involved in the planning of the druggy stunt. Sources claimed she even had a hand in rolling the joints and inserting the filter tip.

At the time of the wedding in 2012, possession of cannabis was illegal in Jamaica. In 2015 laws were relaxed to make possession of small amounts a “petty offense” unlikely to lead to a criminal conviction.

An insider called Meghan’s first wedding in Jamaica in 2011 a “boozy beach wedding with a magical backdrop” and “an epic weekend under the sun and stars”. But as well as alcohol, there was plenty of weed, too.

Guests said Meghan and first husband Trevor bought marijuana through a member of staff at their hotel.

A guest added that although she was “very excited” about surprising guests with cannabis, it was more of a gimmick and she did not smoke too much herself.

It didn’t seem like it was really her thing. Trevor and his friends definitely had more experience with it. I think she is more of a champagne and rose kind of girl. It almost looked like she didn’t know how to smoke. It is not something that was very much ‘her’, but it was part of the theme and the couple was very excited to have this surprise gift for the guests. It was a destination wedding in Jamaica, so they thought it would be appropriate and cool to supply this. She thought it would make it memorable. She was excited about making that a thing, showing a cheeky side people wouldn’t have imagined she had, especially at her wedding.

The wedding plan included procuring enough weed to hand-roll over 200 joints, delivered to guests in gift bags left in their hotel rooms for their arrival.

Although there was just one tote bag per room – designed for the occasion – each contained a baggie with 3-5 ready-to-smoke joints.

Older guests received gift bags without the drugs inside.

Trevor used his charm and very easily found a member of staff at the hotel willing to supply the party. It wasn’t great quality, I heard he didn’t pay much more than $100 for a couple of bags, but it didn’t really matter. There was enough to roll all the joints in the goodie bags and have plenty of left-overs to pass around as and when needed over the weekend. I’m told it took hours to roll them up. People were surprised, but no-one seemed to be against it, it went down really well. I don’t think Meghan thought for a second about it as a legal issue, even though they were holding a large quantity of it. It was part of their plan. Some people were lighting up all weekend, particularly Trevor’s friends. Meghan herself not so much, she was fairly constrained. She preferred to drink but I don’t think she wanted to be a party-pooper so she would take a puff from time to time to be a part of it.

One guest who had not looked through her gift bag almost flew home to the US with a joint in her luggage.

She had stayed previously at the Inn with Trevor in a romantic trip and they said they both felt a connection to the place too. You had 100 friends jumping on a plane and gathering on an island, it was an epic weekend under the sun and stars. There was drinking games, dancing, marijuana… it was a boozy beach wedding with a magical backdrop.

It’s illegal, but it’s no big deal in Jamaica. It’s almost customary down there. I don’t smoke weed and to the best of my knowledge nor does Meghan. I don’t know what I did with mine. I think I gave it away.

Prince Harry was ordered to visit a drugs rehabilitation clinic by his father Prince Charles after the teenager confessed to smoking cannabis and heavy drinking.

The short sharp shock treatment came after Harry, who was 16 at the time, admitted experimenting with the class B drug with older teenagers at Highgrove, at private parties in Gloucestershire and in an outbuilding at a local pub. He also told how he had been taking part in underage drinking at the same pub during after-hours sessions.