Marinol vs Cannabis – Whats the difference? 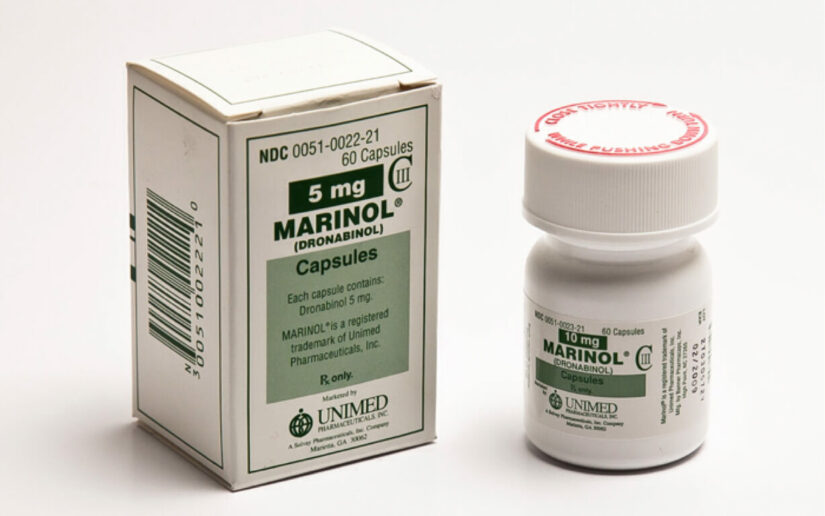 Marinol vs. Cannabis – Whats The Difference?

It’s the year 2021. Medical cannabis is still not an approved therapy by the Food and Drug Administration, but Marinol is.

What is Marinol? It is a patented, laboratory produced, synthetic cannabinoid. The generic name for the drug is dronabinol.

It is approved for medical applications across the country and in many countries around the world. Marinol is supposed to replicate the benefits of THC but without the THC component. For many cannabis users, the contradiction is well noted.

But, there is a time and a place for the use of Marinol. Below is a deeper look at the federally approved applications. Although the drug was meant to replicate the benefits of cannabis, there are obviously some major differences between the substances.

What is Marinol Used to Treat?

At the moment, dronabinol is only recommended to treat two very specific health issues. It is not approved for off-label use and has not been proven effective for pain relief.

Nausea and Vomiting due to Chemotherapy

Chemotherapy, at its most basic level, is a therapy using toxic chemicals to kill off cancerous cells. Unfortunately, it targets healthy cells as well as unhealthy ones, leading to the number of severe side effects. Two of the most common side effects are nausea and vomiting.

Treating nausea and vomiting is one of Marinol’s two approved uses. It is most commonly prescripted is to treat nausea and vomiting caused by cancer chemotherapy treatment. Marijuana remains illegal in America, so it seems that researchers developed Marinol in its stead.

Marinol comes in a pill format; it is often painful to stomach. First, patients who are already extremely nauseous find it difficult to get down. Secondly, patients are often required to take the pill on an empty and sensitive stomach. This leads to serious discomfort.

Wasting syndrome a common side effect of an AIDS/HIV diagnosis. The syndrome occurs when the patient loses 10 or more percent of their body weight due to illness. People begin to lose weight for three reasons.

Another approved dronabinol therapy, is for the treatment of wasting syndrome in AIDS/HIV patients. Synthetic THC stimulates appetite and weight gain in these patients, but often less so than other drugs. According to the data, there are other drugs which are more effective than Marinol. Even THC seems better at it.

What is Marijuana Used to Treat?

In the 23 states that have legalized medical marijuana, it is prescribed by doctors for a number of common issues. Although the federal government would argue otherwise, there is actually a large body of research on the health benefits of cannabis.

Interested in learning more about what THC can treat, check out the research for yourself.

Does Marinol Make you High?

Marinol does not make you feel stoned. It’s approved by the government after all. It does trigger euphoria in some people, but most sources online do not call it a high. In a side by side comparison, most people enjoy the feelings of THC over Marinol.

Can you Abuse Marinol?

Like marijuana, Marinol does have a stimulating, euphoric effect. As a prescribed drug, patients report this as a positive side effect. For patients who have cancer or AIDS, euphoria might be an extremely beneficial effect not experienced from other medications.

Interestingly, dronabinol is not diverted to the black market. Why? Possibly because it’s a much more expensive and synthetic version of the real thing. Even medical grade marijuana is relatively cheap in comparison to pharmaceutical products.

When put to scientific scrutiny, dronabinol was not found to produce physical or psychological addiction. While some people may be psychologically addicted to weed, there is no evidence for abuse of Marinol.

What Should You Choose: Marinol vs. Marijuana?

In the vast majority of cases, natural marijuana products beat a Marinol prescription. Why? Because marijuana is much more than simply a synthetic drug. It contains dozens of beneficial compounds, which have all shown therapeutic benefit.

A THC isolate is not as powerful as a whole-plant medicine. Why? Because of something called the entourage effect. Science has shown that the many valuable properties of cannabis work much better together than isolated. Therefore, it’s a better choose marijuana than a pharmaceutical pill created in a lab.

Plus, there are added benefits to marijuana which might not be immediately obvious. For example, during clinical trials patients prefer to smoke THC than to take a Marinol pill for the treatment of nausea and vomiting. The reason is that patients reported marijuana is much easier to ‘get down.’ Plus, they can more accurately dose because smoking THC hits immediately.

Also, THC has bonuses such as reducing pain. Marinol was found not to be any more effective than a placebo for the treatment of pain in one study.

There are perhaps only two reasons why people should choose Marinol over cannabis. One reason is that they are in a state or country with no legal access to marijuana. Another is that the psychoactive side effects of marijuana are not always well tolerated. This is especially the case for the treatment of children.

Marinol has a place in modern medicine, but it is not as a replacement for THC heavy medical marijuana. In fact, many people might argue, dronabinol and cannabis are completely opposite therapies. Although one was definitely inspired by the other, the original is clearly better in most cases.

One response to “Marinol vs. Cannabis – Whats The Difference?”