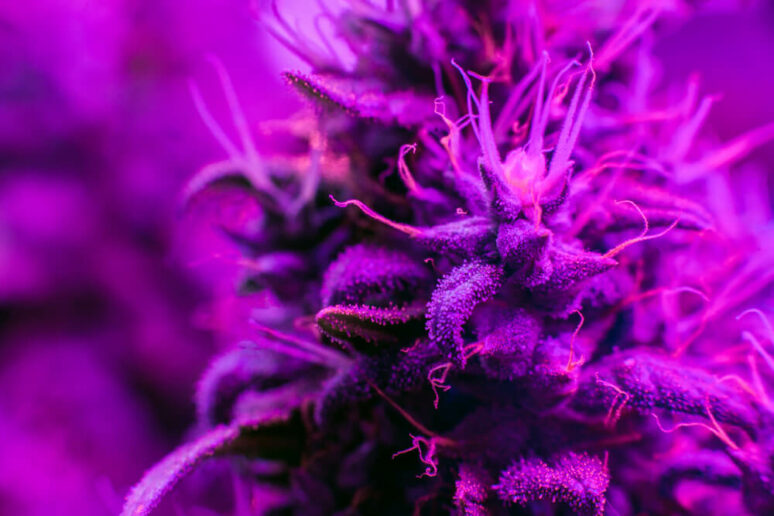 LED grow lights have evolved into an excellent solution for indoor marijuana grows. Although things didn’t seem exactly rosy when they started about a decade ago, the market for LED grow lights is now booming, and for a good reason.

Nowadays, LED grow lights utilize the full light spectrum, meaning healthier, more productive plants. Furthermore, technology itself has advanced significantly, offering better light penetration and more focused growth. But what is it that made LED grow lights such a hit with indoor growers? Is the investment worth it? Let’s find out!

There are many reasons why LED grow lights are a superior choice to more traditional indoor units. Some of them are:

On the downside, getting a respectable LED grow light will set you back significantly. Also, even though growing a garden exclusively with LEDs is perfectly achievable, the light intensity still does not match that of HPS lights (except for costly models), so a mixture of the two (especially during flowering) is a good idea.

How Many LED Grow Lights Do You REALLY Need

Every LED grow light comes with a set of specifications. One of those is the “light footprint” of a certain model. This is simply the area that the light covers, squared. Of course, the intensity is higher in the center and gets weaker as the light is scattered towards the edges.

To make sure that your plants get enough light, follow the measurements below and scale accordingly:

Anything more than these numbers is overkill and won’t help your plants achieve more. The important thing is to make sure that there are no gaps in coverage and that all your plants have equal access to lighting. If you must, use supplemental lighting to promote bud growth in the foliage or simply train your plants for optimal performance!

There is a dark side in the LED market regarding the power of the grow lights (measured in Watts). It is very important not to take everything you see at face value: A 600W LED light is actually WEAKER than a 600W HID light.

How is that possible?

When it comes to listing the specs of a grow light, manufacturers list the output that the grow light can reach when it works at 100% of its potential, all the time. However, this is practically impossible. So, when considering the actual wattage of a LED grow lights, consider that the true power output will be 30-40% LOWER than what the manufacturer suggests. Of course, there are some instances where the vendors list the correct number, but be ever vigilant and always ask before you buy!

There are significant differences when you grow marijuana under different types of lighting. Let’s look at how LED grow lights compare with other types of indoor lighting for marijuana.

Full disclosure: A mixture of LED and MH/HPS grow lights are actually an ideal solution for high quality and plentiful yield. Most mid-weight LEDs are not as bright or as intense during the flowering season (when the plants need it the most). So if you can afford the time and money investment, feel free to try a combination.

In absolute terms, LEDs will produce visible light much more efficiently, using less electricity. The secret is in the diodes that offer a greater lumens/Watt ratio than HID lights. The “lumen” is an SI unit that is used to measure the total quantity of visible light emitted by a source.

Although fluorescent types are incredibly cheap to buy right out of the box, LEDs are a much better alternative, as they can produce more and brighter light. Plus, contrary to CFLs and T5 units, they do not need to be readjusted every once in a while as the plants grow. Unless you are working with very limited space, there is no reason to go with CFLs over LEDs apart from supplemental lighting.

The Technology Behind LED Grow Lights

If you are in the market for LED grow lights, you will come across several unfamiliar terms that might confuse you. So, let’s shed some more light on the fascinating world of Light Emitting Diodes —and learn a couple of things about science as we go!

Terms like PAR, PPF, and PPFD are now commonly referred to by manufacturers and reviewers as essential specs of LED light units. But what do they really mean?

PAR (Photosynthetically Active Radiation) Region: This is the amount of light available for photosynthesis, which is light in the 400 to 700-nanometer wavelength range we explained in a previous article. It is measured in mmol/m2

PPF (Photosynthetic Photon Flux): The number of photons emitted per second within the PAR region of a LED unit. This is measured in mmol/S.

PPFD (Photosynthetic Photon Flux Density): Not to be confused with PPF, this measures the number of photons in a LED unit’s PAR region per square meter/foot. Contrary to PPF, PPFD represents the light footprint at a given distance from the light source. PPFD is measured in mmol/m2s. The optimal PPFD levels for growing marijuana is between 700-1400mmol/m2s. The longer the light cycle, the lower the PPFD level should be.

To measure PPFD you should:

The biggest challenge with indoor marijuana growing is giving them the entire spectrum of visible light that is naturally available outdoors. Back in the day, you would need different light setups for the vegetative and flowering periods. Nowadays, however, a full-spectrum LED grow light can solve most of your problems by providing a single solution for all life stages.

The colors of the visible light spectrum are a combination of Red, Blue, Ultraviolet, and White. Most full-spectrum LEDs worth their salt will provide you with all of the right color combinations for optimal plant development. Of course, we should keep in mind that when we apply the term full-spectrum to LED grow lights, we are using a marketing term and not a precise technical definition. When it comes to indoor grow lights, panels marketed as “full-spectrum” do indeed offer light from IR to UV, but they do not produce an even spectral distribution, so that’s something to keep in mind.

Getting the Right Combination

Natural outdoor light contains all the right components for marijuana development. In home grows, it is important to get the perfect ratio that will help you grow a plant from seed to harvest without problems.

What to Ask The Manufacturers Before You Buy

For more information about other indoor grow room supplies, check out our relevant article.

When it comes to getting a reliable indoor LED unit, some companies have provided more consistent quality than others. So, these are just some LED grow light manufacturers that I think are worth looking into. You are welcome to share your own experiences in the comments!